Sagrada Familia: The Icon of Barcelona 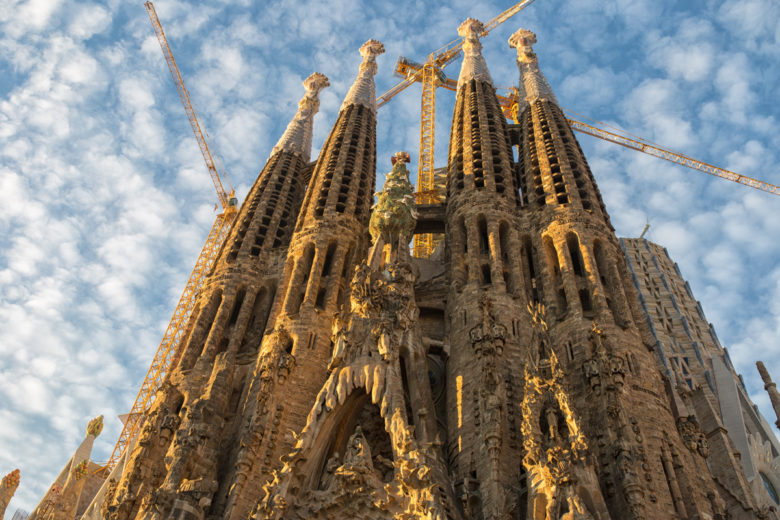 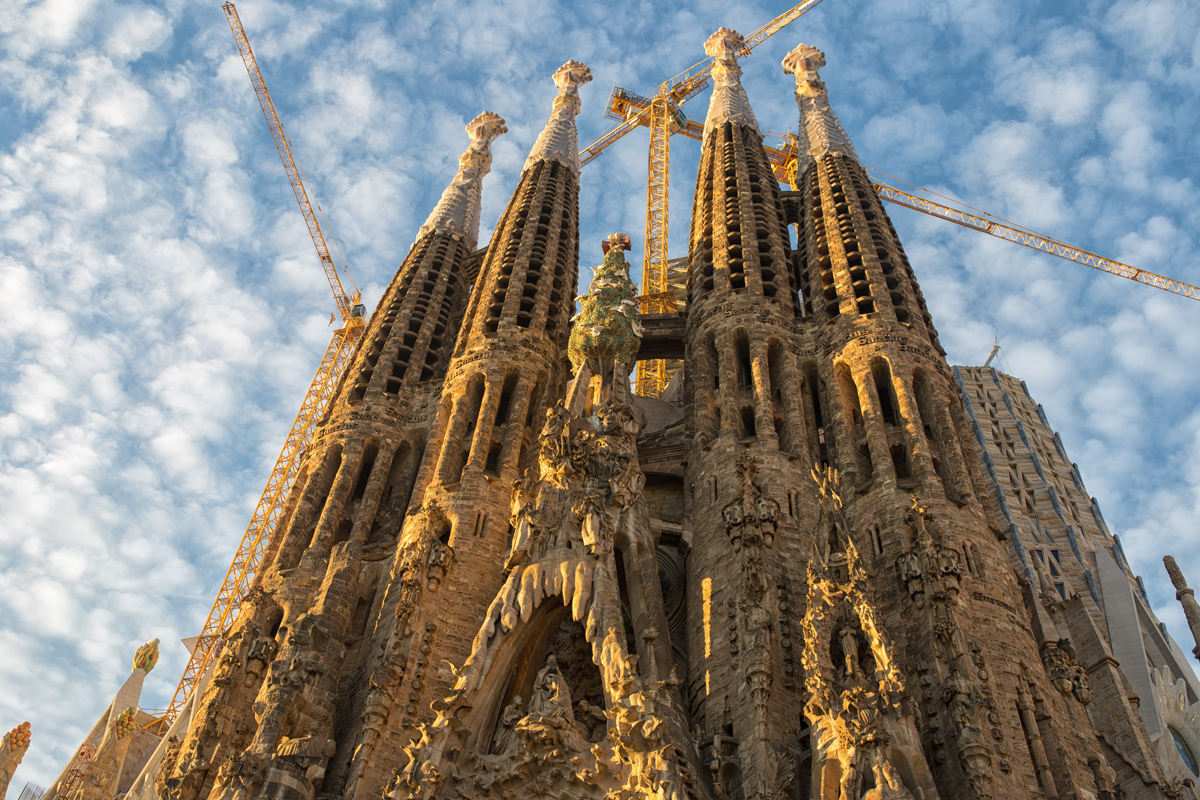 Sagrada Familia is the most prominent work of Antoni Gaudi, one of Spain’s most famous architects whose works are known worldwide. Gaudi started working on Sagrada Familia project in 1883 while working on different projects. He started dedicating to this project from 1914 to his death. The construction of Sagrada Familia is still on going until today. It is planned to finish in 2026.

As the icon of Barcelona, Sagrada Familia is never quiet from visitors. The statistic said 97% of tourists to Barcelona visit Sagrada Familia. The line to enter the building can reach few hundred metres long. Purchasing the entrance ticket online and arriving an hour (or even much earlier) before Sagrada Familia opens its gate is the only way to avoid the long queue.

Early morning before the sun rises high is a good time to take picture of Sagrada Familia, otherwise slightly difficult to capture. 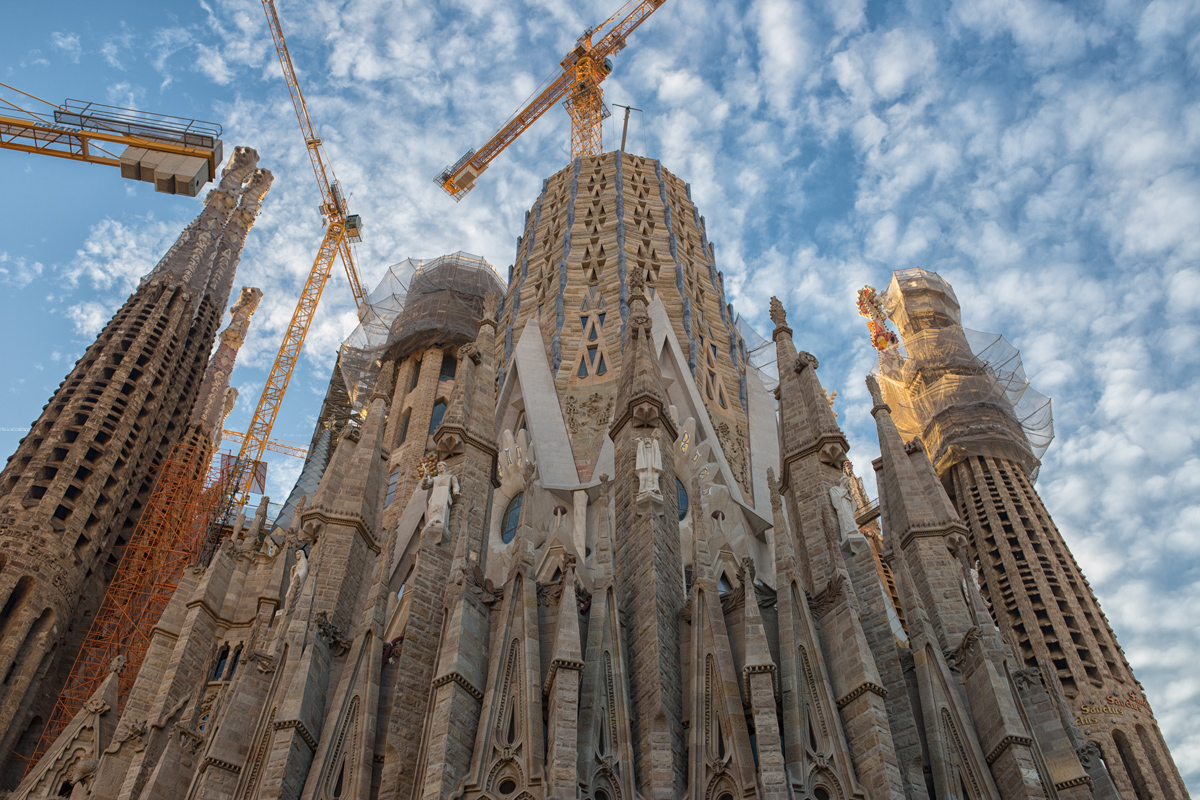 We did not purchase tickets online in advance because we did not want to ruin the ticket which designates the time to enter Sagrada Familia. With the baby, we could never be sure if we could arrive on time. We left Airbnb apartment while it was still dark, trying to enter Sagrada Familia at 0900 am. The ticket counter was still closed by the time we reached the spot. So we tried our luck purchasing the ticket online for 0900 am entrance while we were standing right in front of the ticket counter. To our surprise, we could easily purchase the 0900 am tickets online almost an hour before the designated entrance time. This was merely because it was off season.

There was ample time to have a proper breakfast. We headed to a chain cafe called Pannus sits just next to Sagrada Familia that already served its first coffee of the day. Our morning started with hot coffee, chocolate croissants and freshly squeezed orange juice. It was nice finding a table (and warm place) close to a famous spot.

We entered Sagrada Familia at 0900 am sharp. There were only a few people at the first entrance gate where the staff scanned ticket barcodes from our mobile phone. It took a longer time for a security check than waiting to enter the basilica. After the security check, all visitors were gathered in front of the Navity Facade before allowed to enter the basilica. There are two main gates: one is dedicated to those purchasing audio guide and without the audio guide. In principle, both gates entering the same building but those with the audio guide head straight to the centre of the basilica.

The east facing access to the basilica is called Navity Facade consists of sculptural framework of Jesus life. 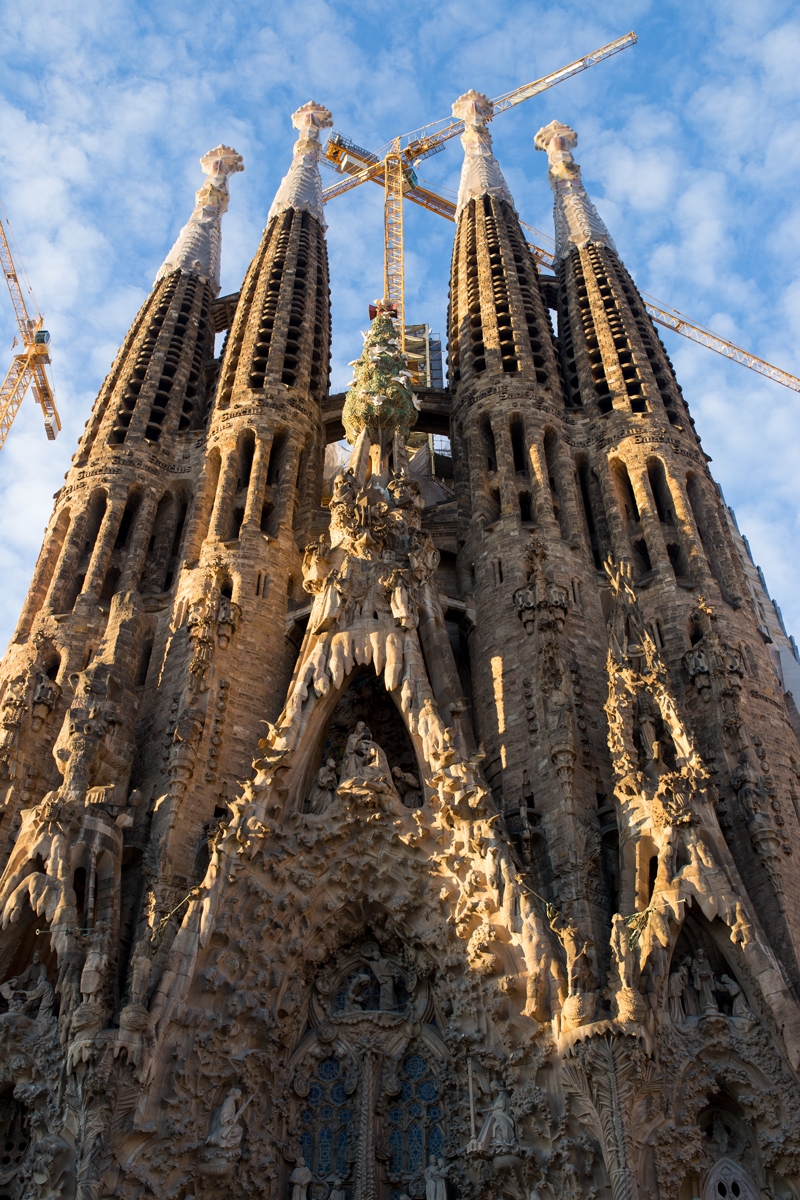 Center of the basilica is an arborescent structure that Gaudi designed to symbolise a forest. 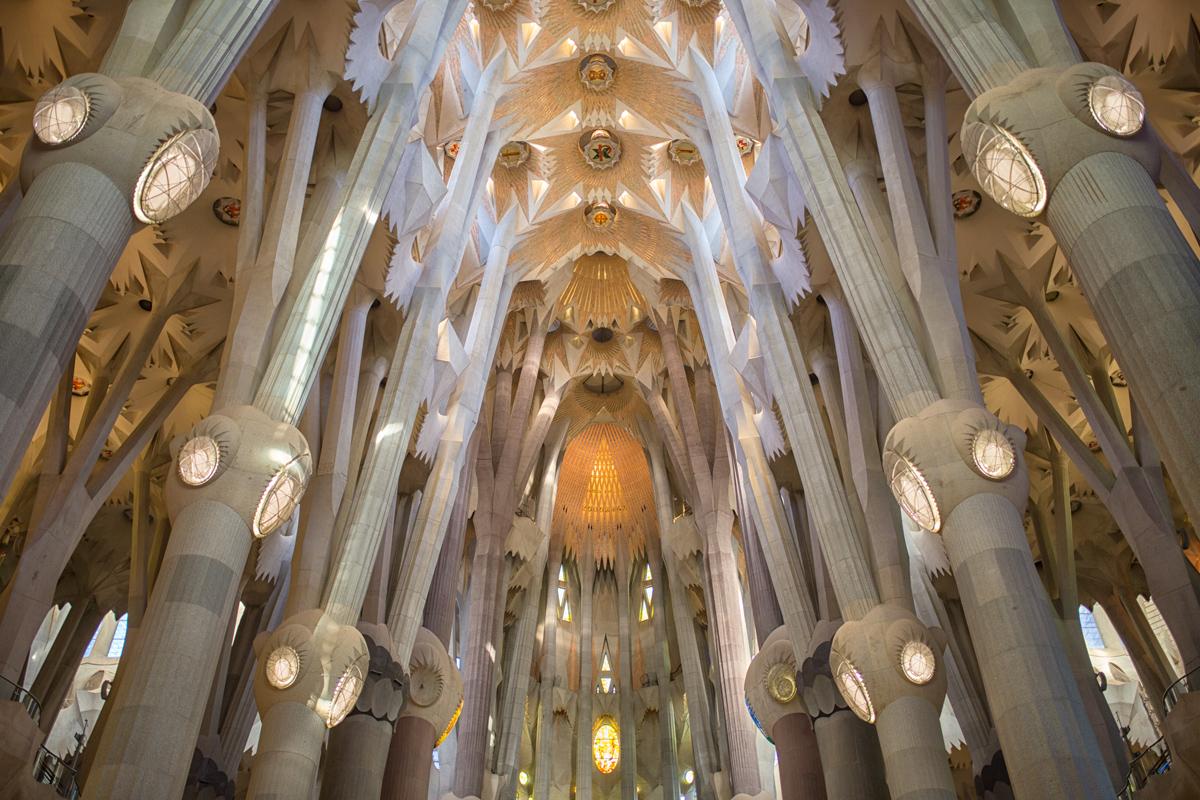 The walls are adorned with stained glasses that allow sun to penetrate the basilica and filter the light through. 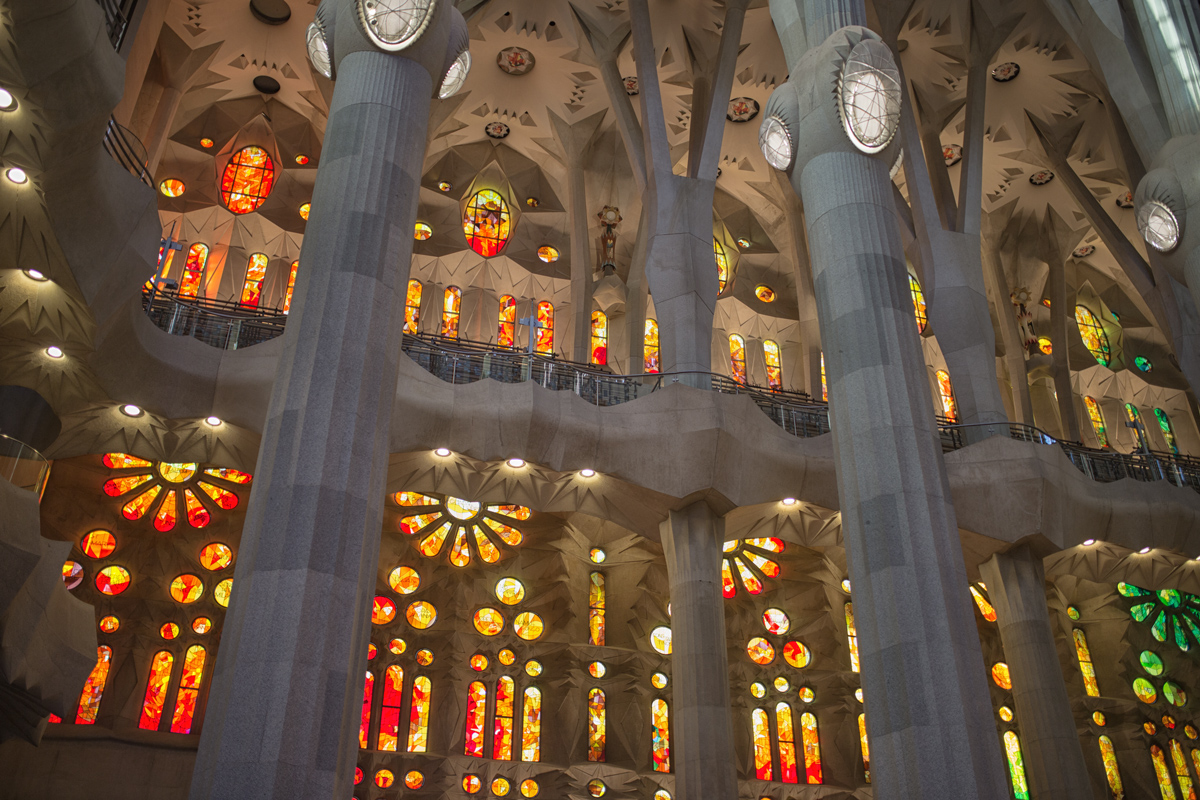 This interior is truly remarkable work of art that turn anyone into an architecture lover in an instant. 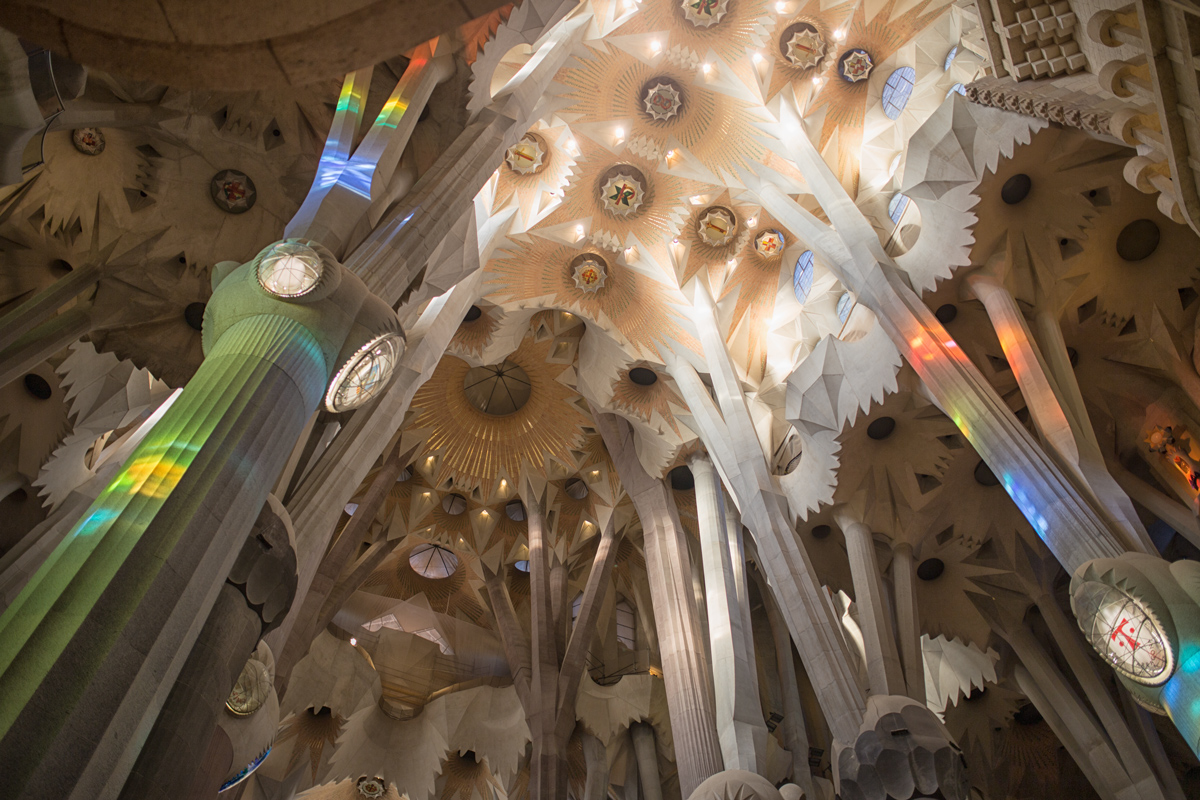 At the opposite end of the transept is Passion Facade gate. 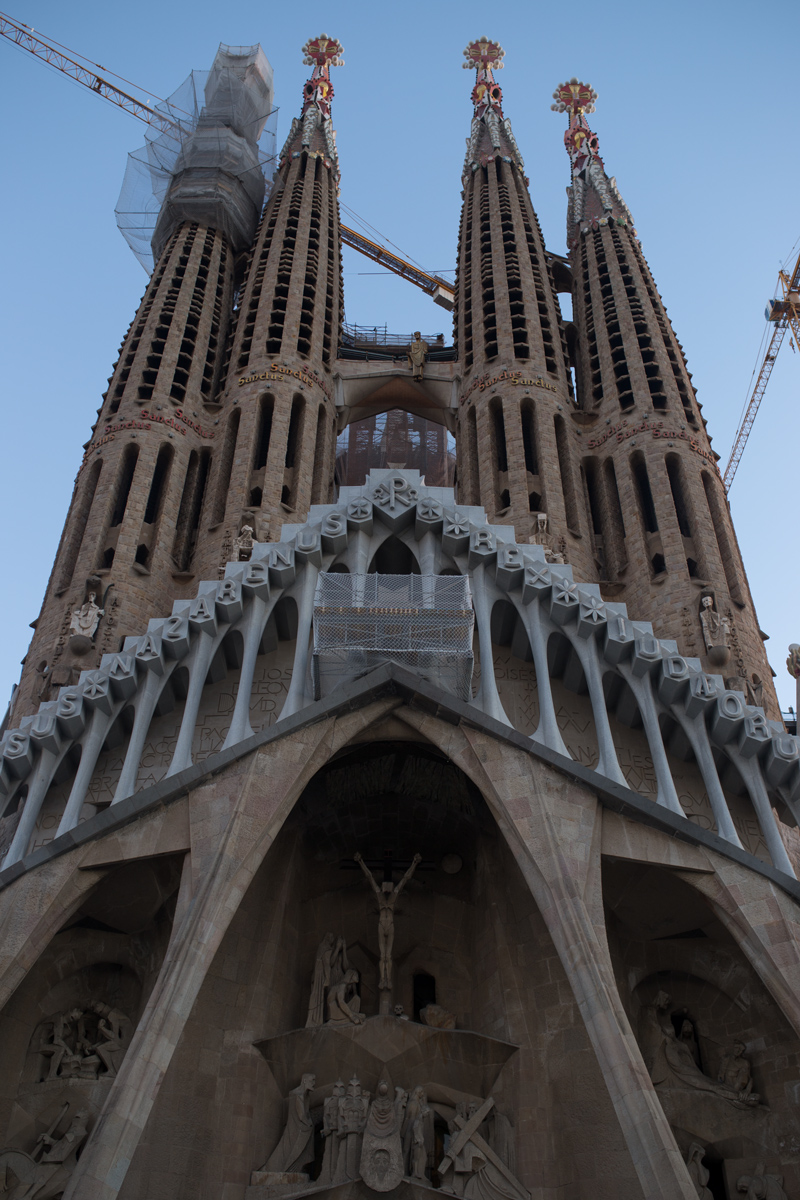 There’s a museum that displays the history of Sagrada Familia since the reconstruction began located at the lower ground of the basilica. Follow the path on the left side of Passion Navity gate then turn left. 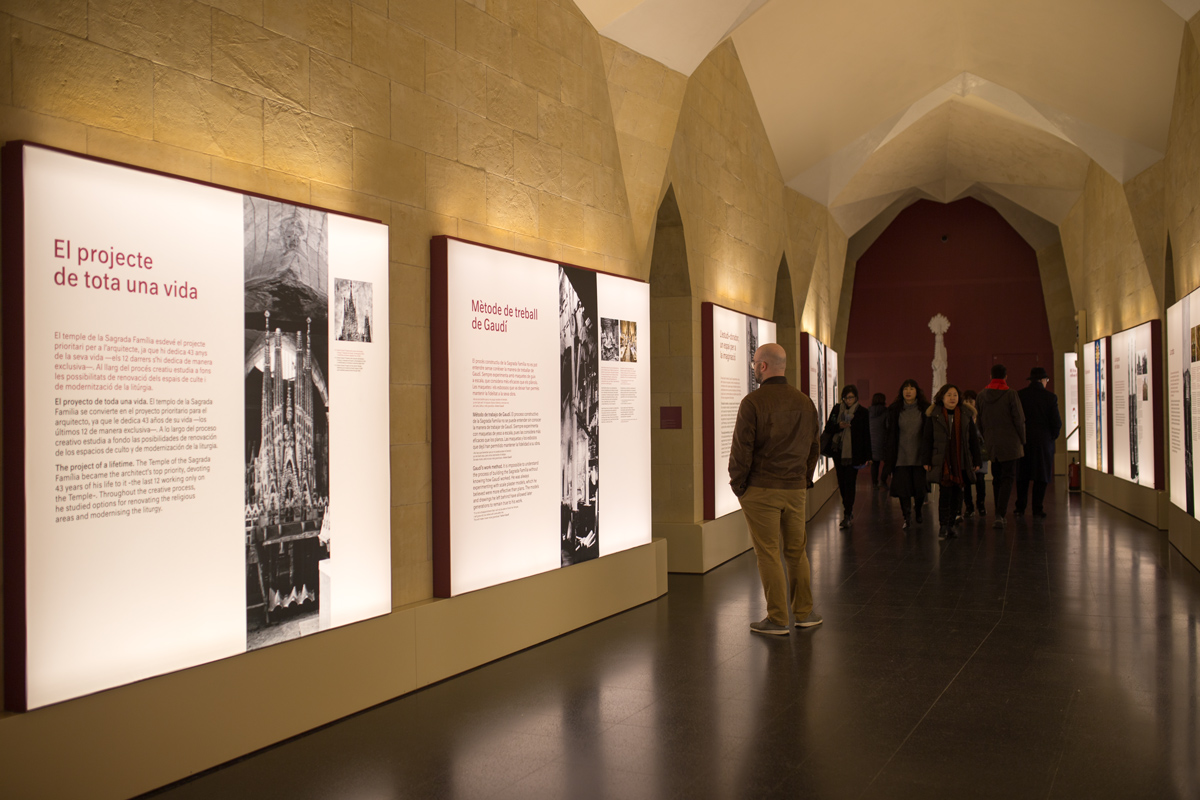 The lab where architects nowadays create model is also located inside the museum. 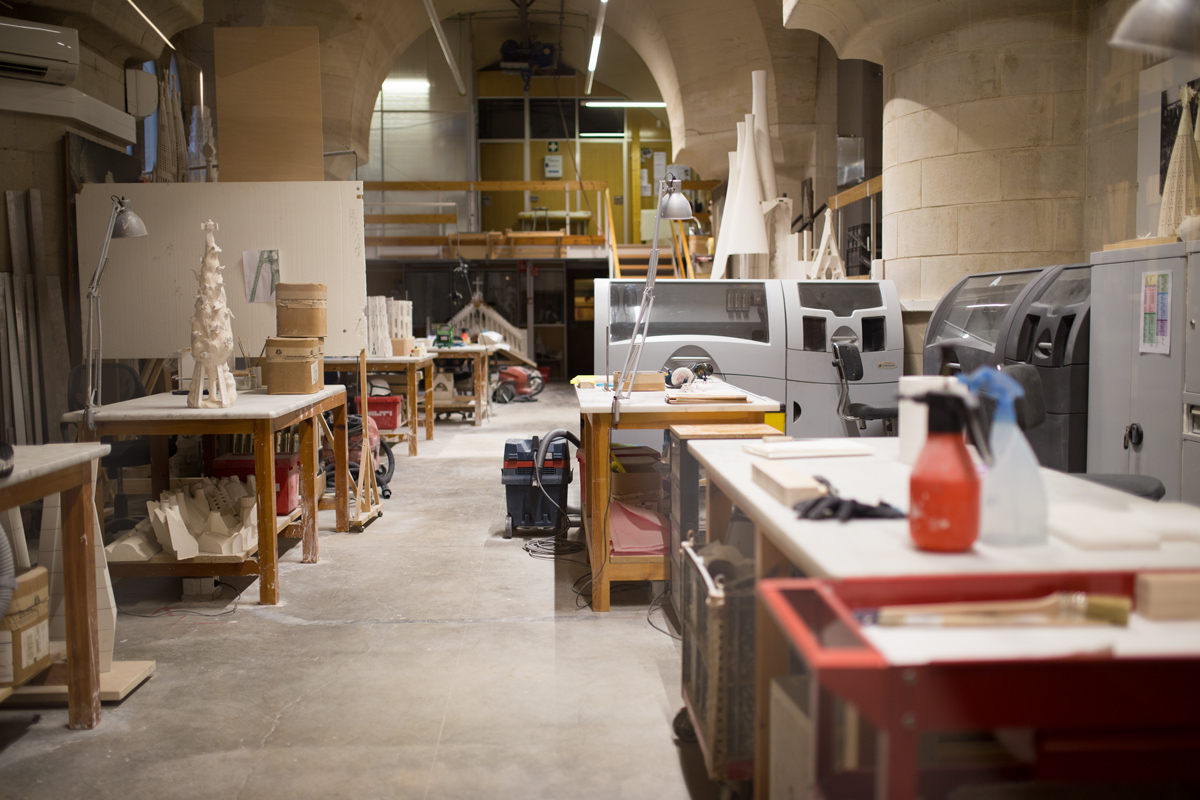 We spent more time in the museum than inside the basilica, perusing the historical background of the construction of Sagrada Familia. There were not many people inside the museum. We could read everything at our own speed. Ikumo who visited Sagrada Familia in summer six years ago said there were a long queue at every display of the history.

The exit of Sagrada Familia has an access directly to a souvenir shop selling various items from calendar, magnets, books, umbrella to pens emblemed with Sagrada Familia pictures.

Across Sagrada Familia is Gaudi Park, a public park without entrance fee. Inside the park there is a pond facing directly to Sagrada Familia. This is one of the best spots for selfie. 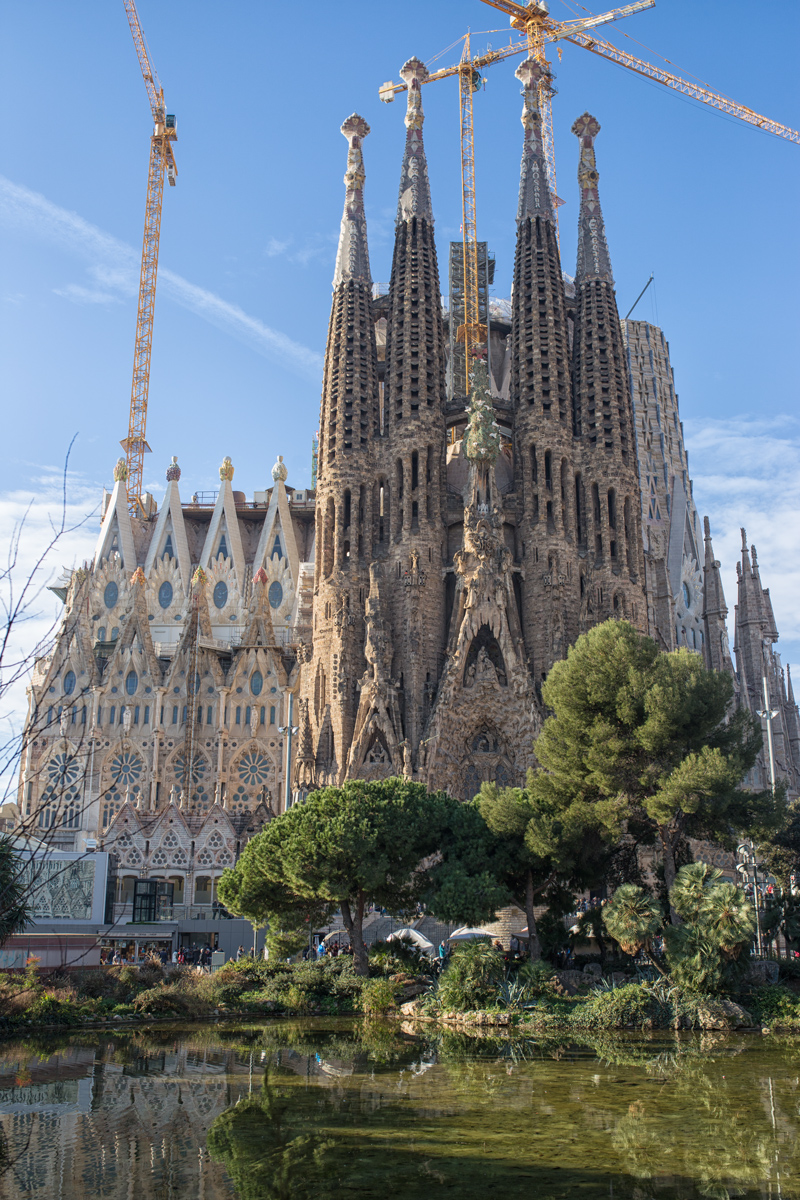 It is not allowed to access the towers of Sagrada Familia with infant and/or children under 6 years old. So, neither Ikumo or I wanted to climb the tower. Perhaps when our baby turns to 6 years old we will climb the tower together.