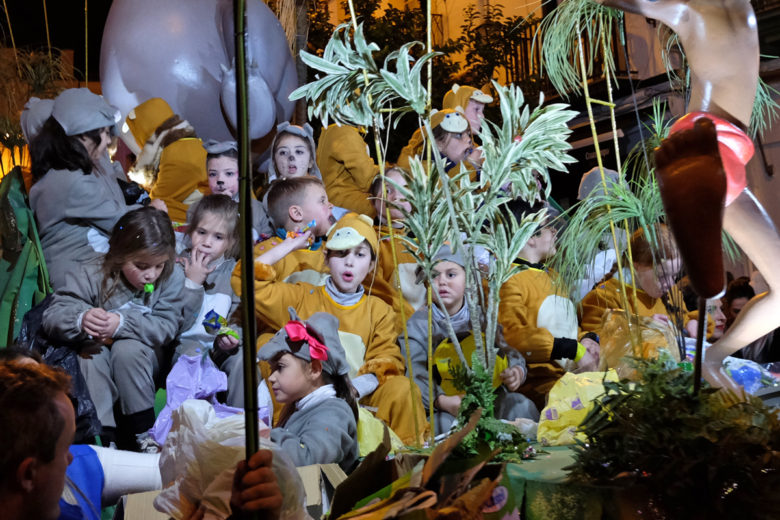 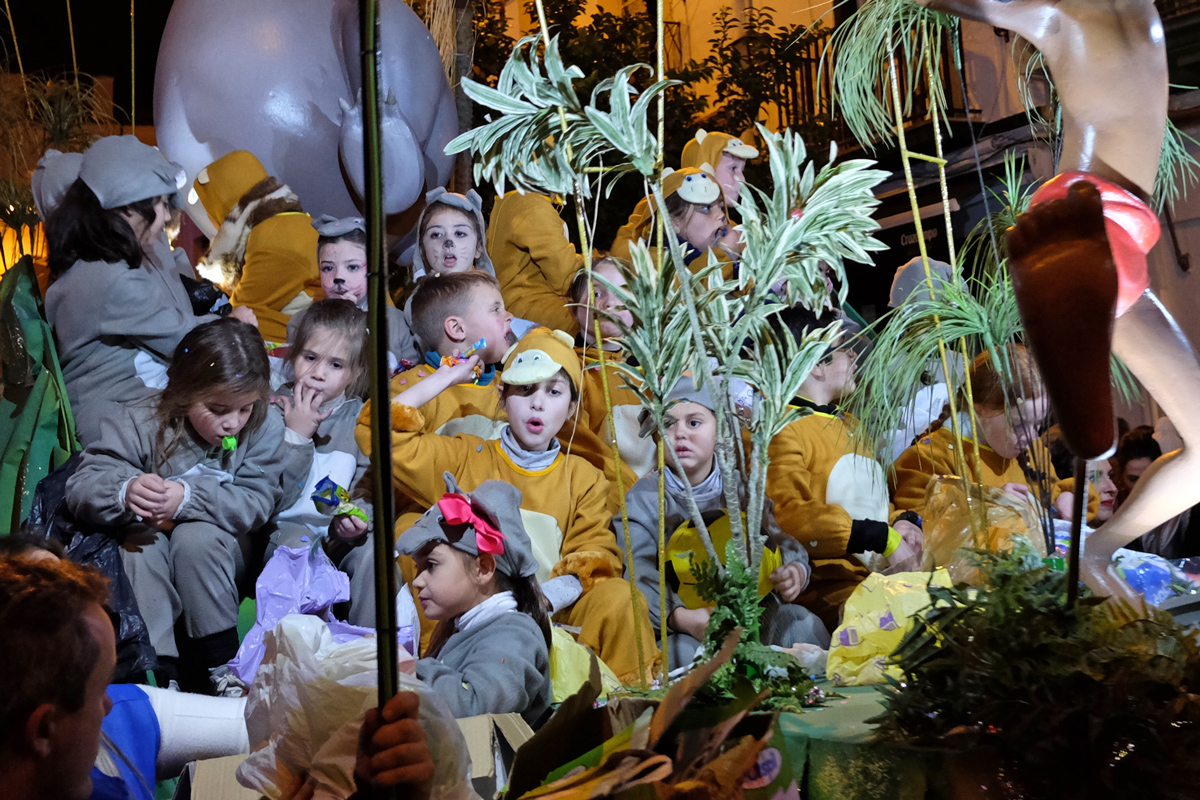 The first week 2018 has passed us by quickly.

The first week of January 2018 was indeed a busy time for the Spaniard from preparing get together menu to choosing presents for the children, joining or watching the parade on the 5th and 6th. On the Epiphany Day, the Spaniard family ate Roscon de Reyes, the Kings’ Cake, pasty with cream filling for breakfast. In the past, children in Spain received presents on Dia de Los Reyes instead of on the Christmas day. The tradition has changed. Nowadays children received presents on Christmas and the Day of the Kings.

El Dia de Los Reyes celebration was such a blast in Seville. There were parades in several places in the city on January 5 and 6. We watched the ones in Triana. This was the most jubilant festival I had ever seen in six months of stay in Seville.

Everyone was so eager to watch El Dia de Los Reyes parade. There were so many people flocking at the sidewalk as early as 5pm waiting for the parade to pass by. 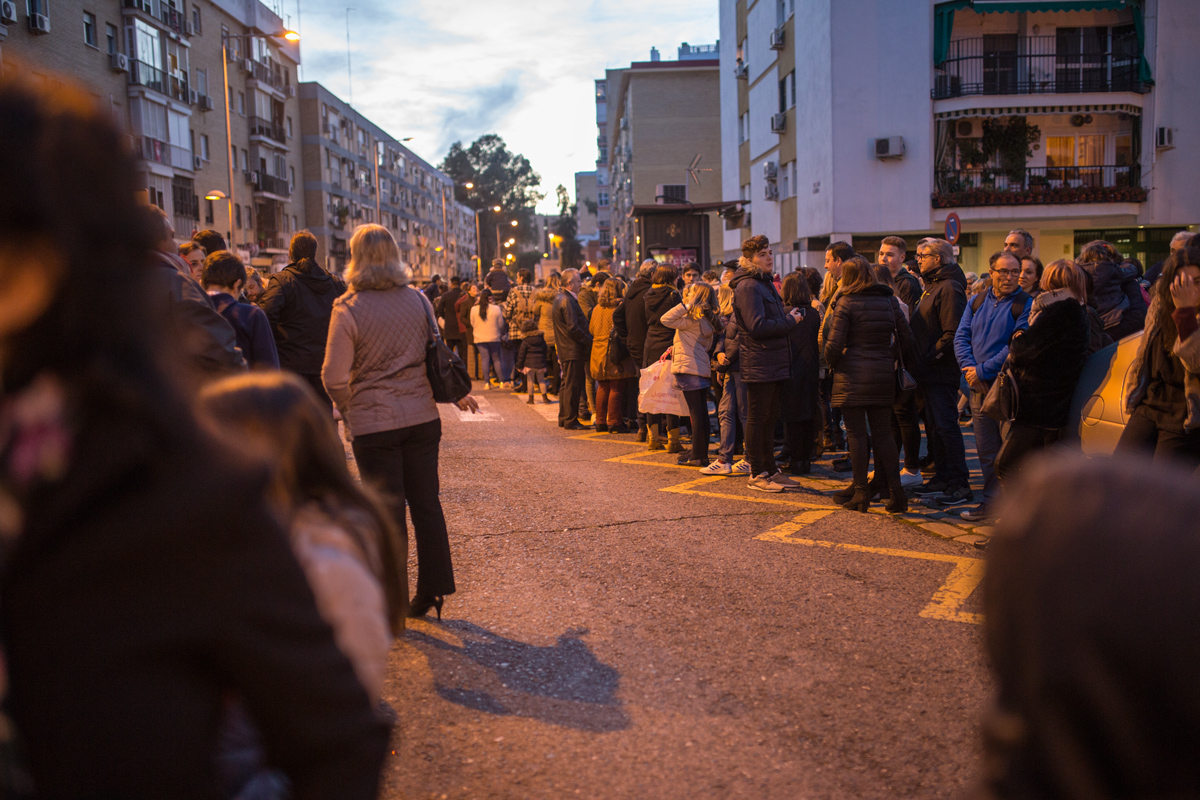 The parades reminded me so much of Disneyland carnaval except that instead of paying the entrance fee we watched it for free. Better yet we got so many candies. Many people stood by the sidewalk watching, cheering up at the parade and catching as many candies as possible. 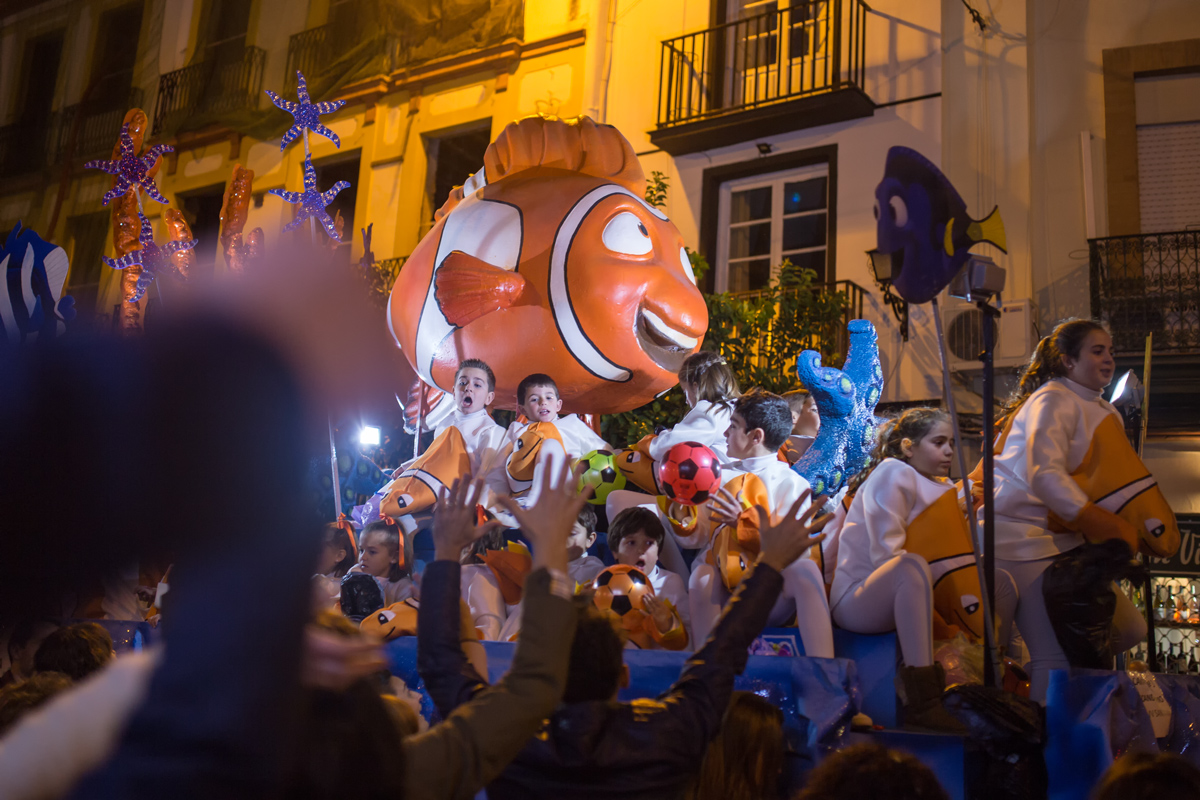 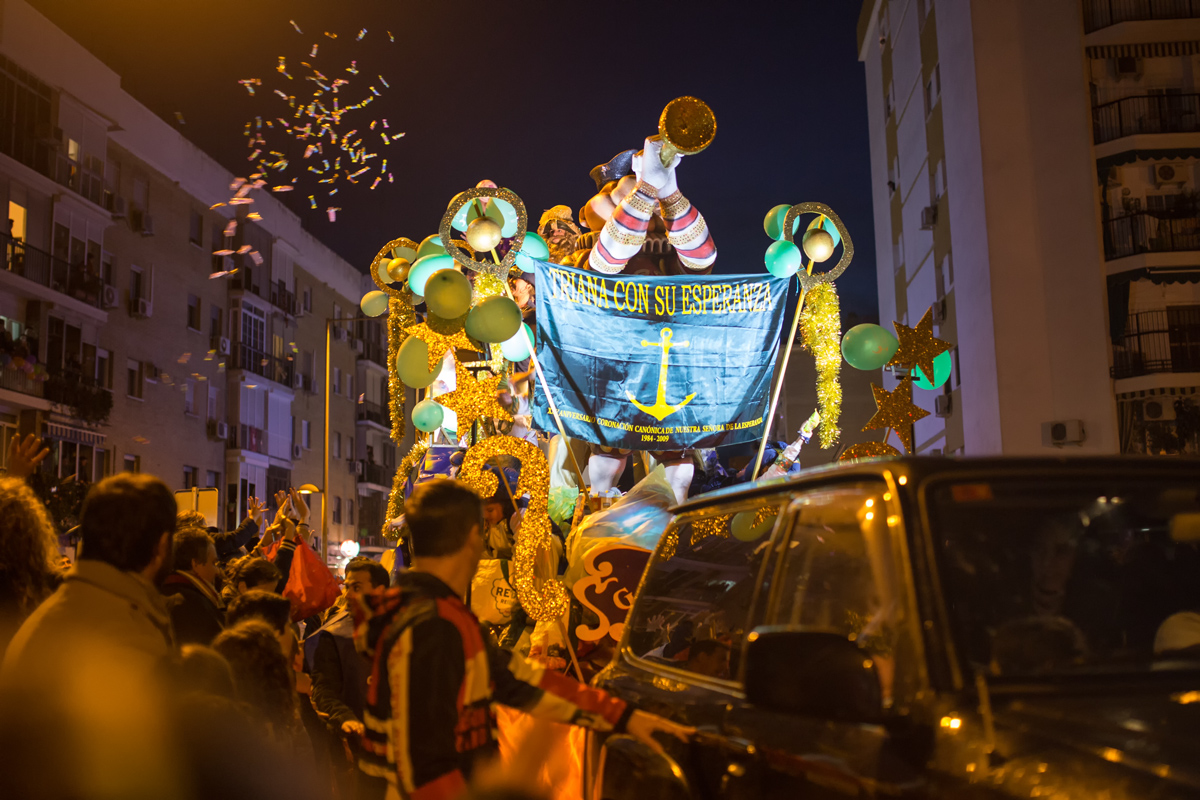 I stood amongst the crowd, initially not knowing what to do until I saw everyone raising their hands. So, I joined the crowd raising hands expecting some candies would land in my hands. I catched one or two candies, most hit my head, bounced away and  landed on the ground. The boy stood next to me got much more candies than I did. Next year I must bring plastic or even umbrella, wide open it to get more candies. 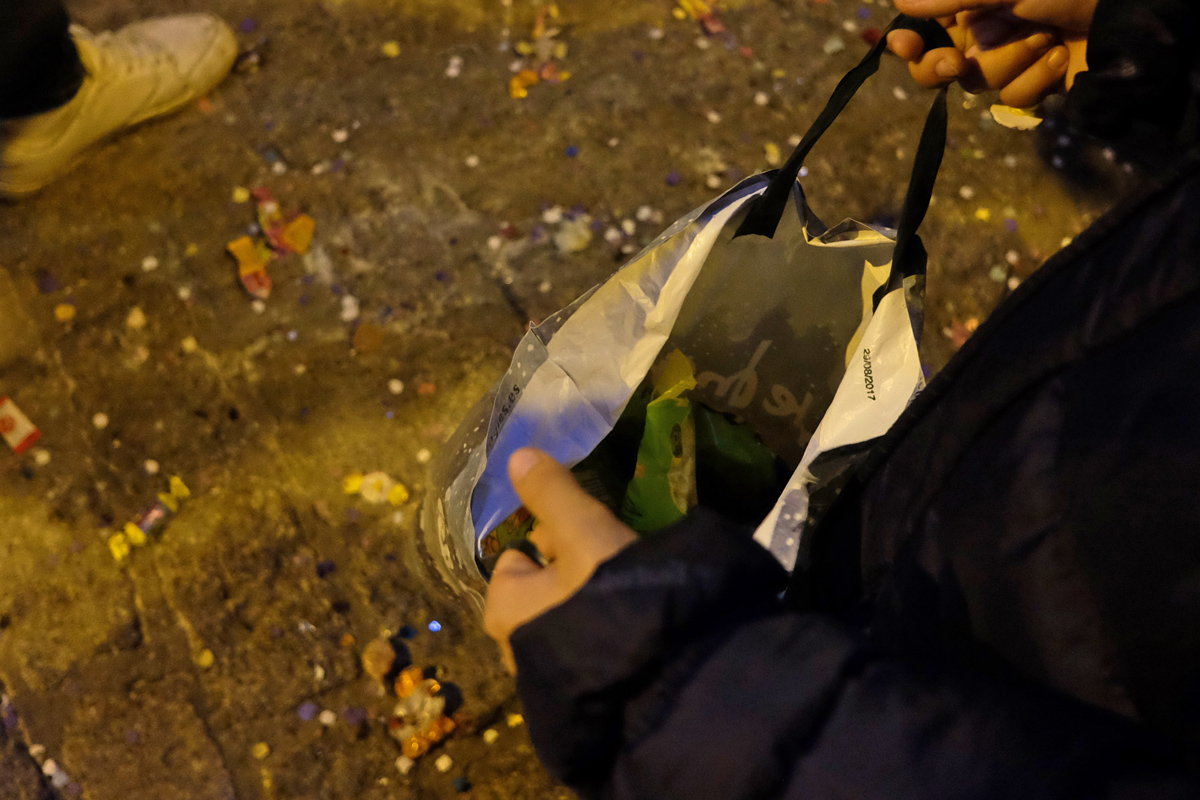 I remained cool until I saw a group of women collecting candies from the ground. There “remain calm” mindset lost in the crowd. So I joined those ladies choosing and collecting the best candies, carefully yet fast enough, not to let someone stepping on my fingers. I only picked up the candies that were still in their forms, not that had been stepped on.  I laughed like crazy. None cared neither looking at me because everyone basically did these two thing: picking up the candies from the ground or cheering up the parade.

Ikumo carrying our daughter stood slightly farther from the crowd, afraid that the crowd might unintentionally hit our daughter. I wish next year he can carry Hanna on his shoulder so she can catch candies. 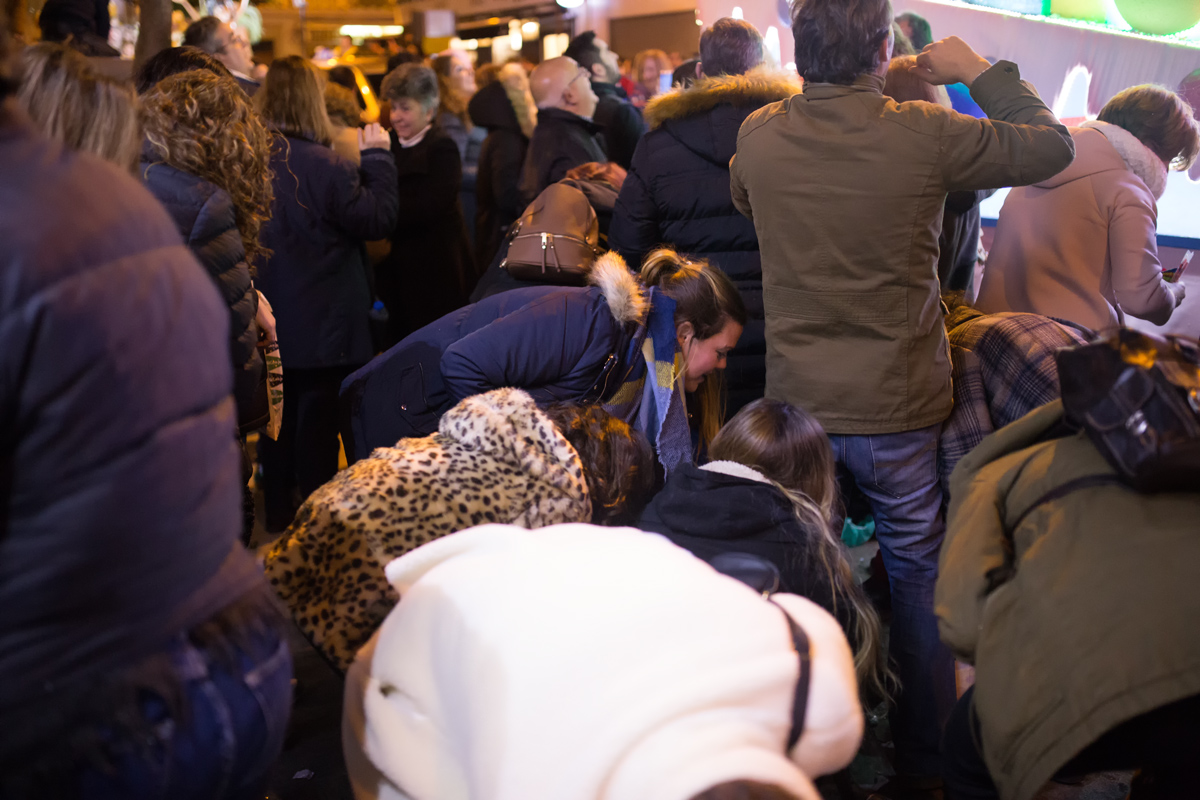 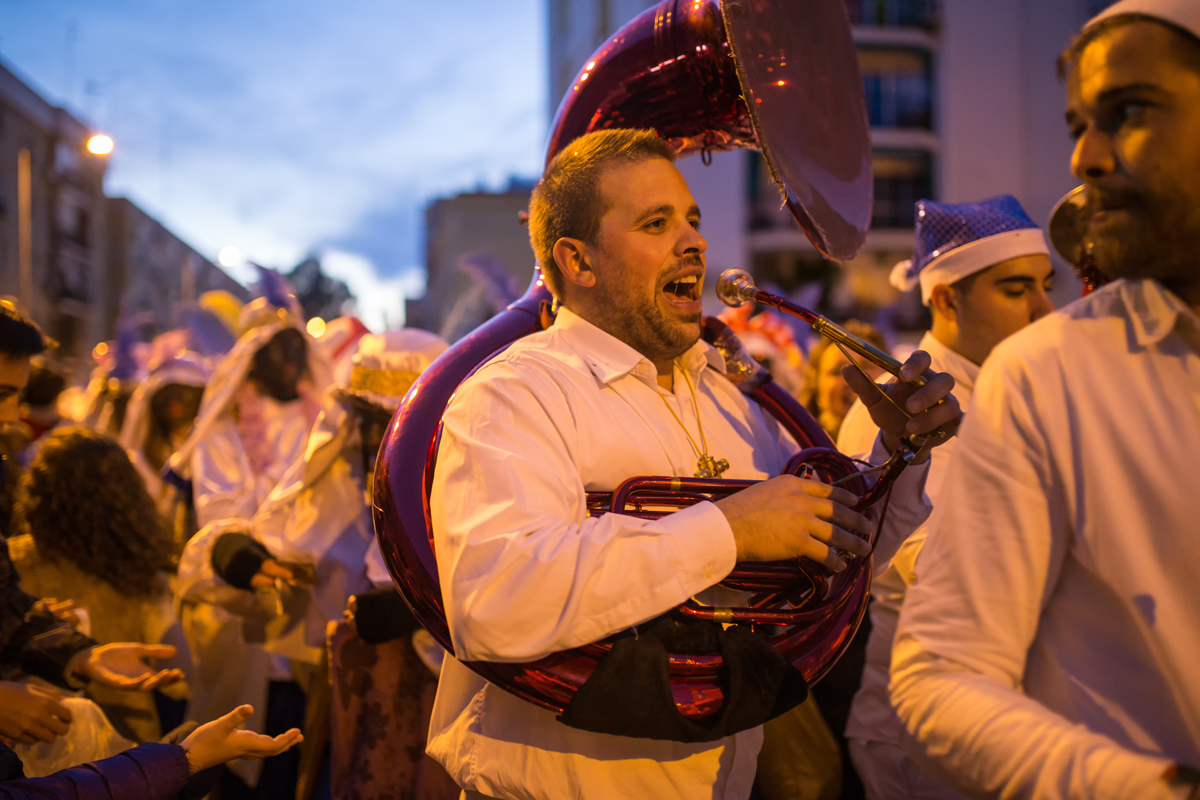 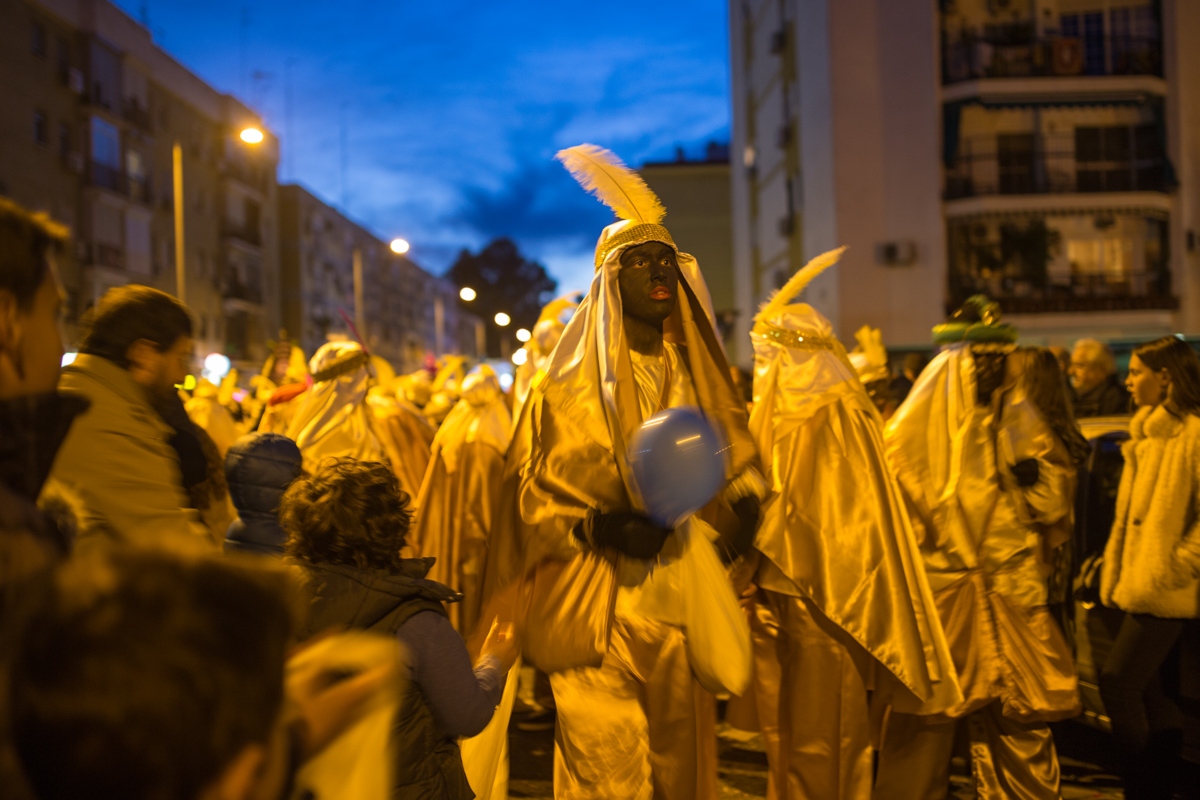 El Dia de Los Reyes was a great way to start the New Year. For us, it was a good sign that this year would be a great year.

How people celebrated New Year in your city?