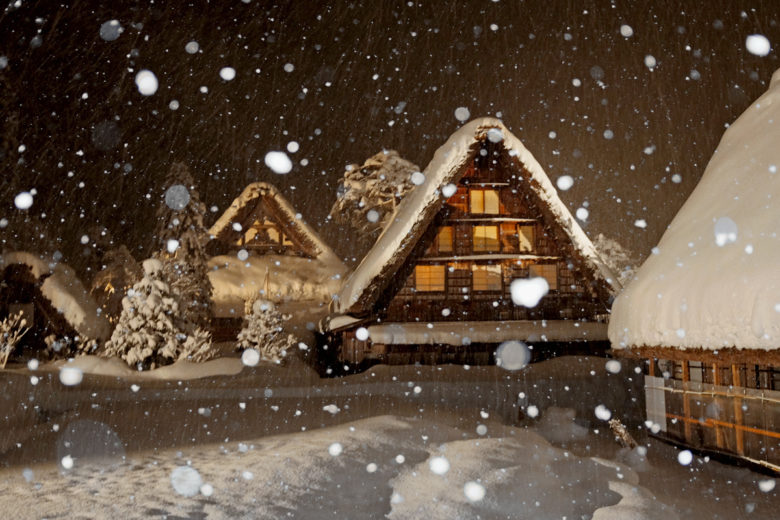 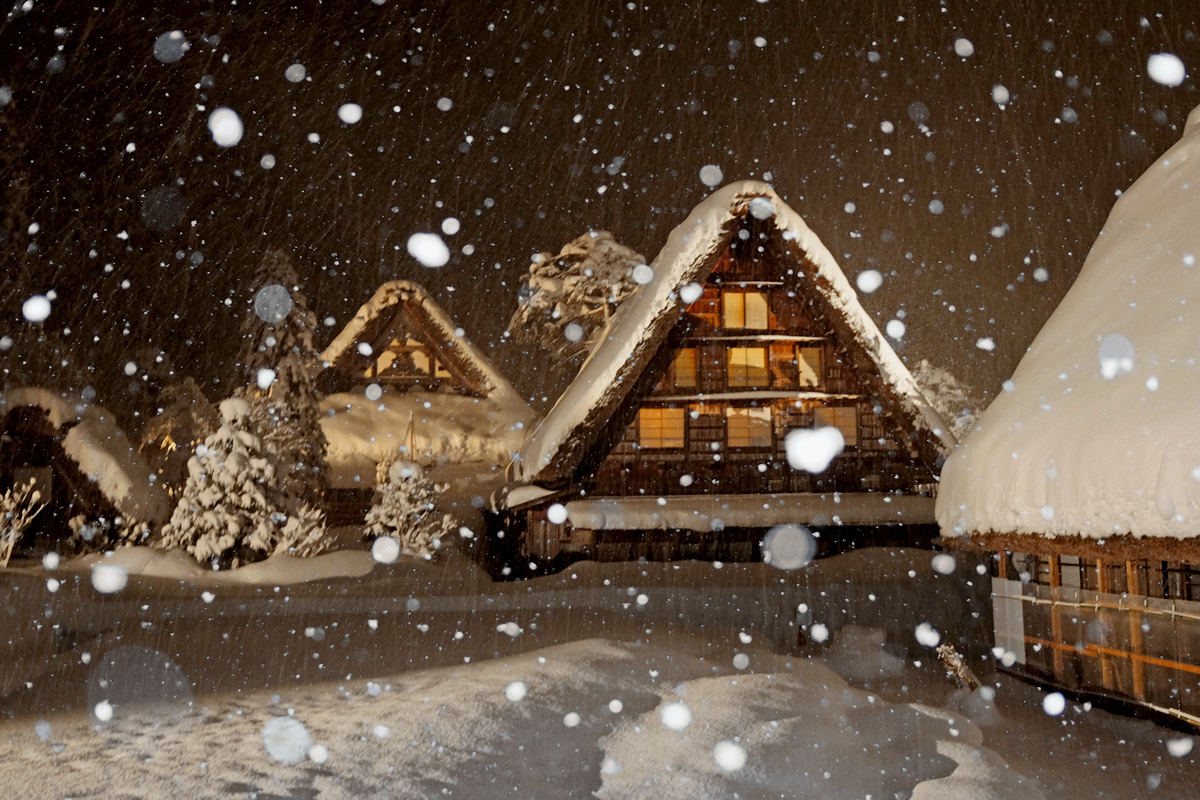 Ikumo and I had been dreaming of going to Shirakawa-go for quite some time now. When we read this winter Japan would definitely have abundance snow, we waited no longer. Off we went to Shirakawa-go after did our research on the best way (and cheapest) to reach the place.

Shirakawa-go is one of the World Heritage sites of Japan and quite popular for entire year. Its popularity soars in winter, thanks to social media. Visiting Shirakawa-go winter light up needs a careful planning, a few months in advance. Winter light up is held in only 6 days in 2017. In light up days, authorised buses are the only vehicles allowed to enter the historic village. Since there are only limited number of buses, advance reservation is required. The winter light up is always close to Chinese New Year which makes it even tougher to book the bus from Takayama station to Shirakawa-go. Like many other Asians, Chinese love travelling to Japan and in winter Shirakawa-go is one of must visit places.

Nouhi Bus is the most famous authorised bus tour operating from Takayama to Shirakawa-go. The company always makes an advance announcement on tour reservation dates. This bus usually accepts phone call reservation a month before the light up days. When we called the bus company exactly on the starting date of the reservation period, the bus tickets were already sold out. Less than two hours after the reservation line was opened, no more seat available for the winter light up. We had no other option but to book a tour from Tokyo which turned out the best option for winter light up. 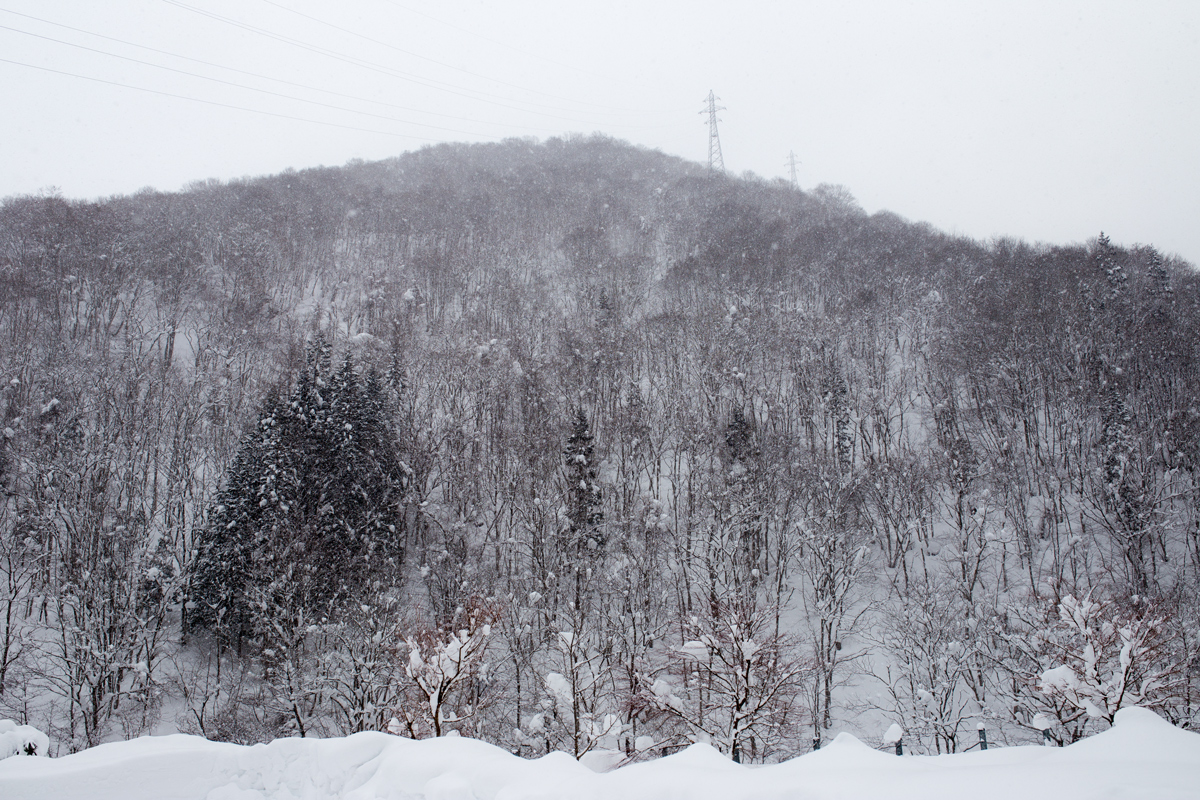 It took us 3 hours limited express train ride from Shinjuku to Matsumoto station. Then we had to continue the journey by bus for nearly another 3 hours. The snow blanketed the road which forced the bus driver to slow down. Everywhere was covered by snow, river was still and frozen, road was quiet. There was no other vehicle than our bus. I would never want to drive under this circumstance. Finally after 6 hours journey we arrived at Shirakawa-go. The parking lot was already crowded with buses by the time we got there. 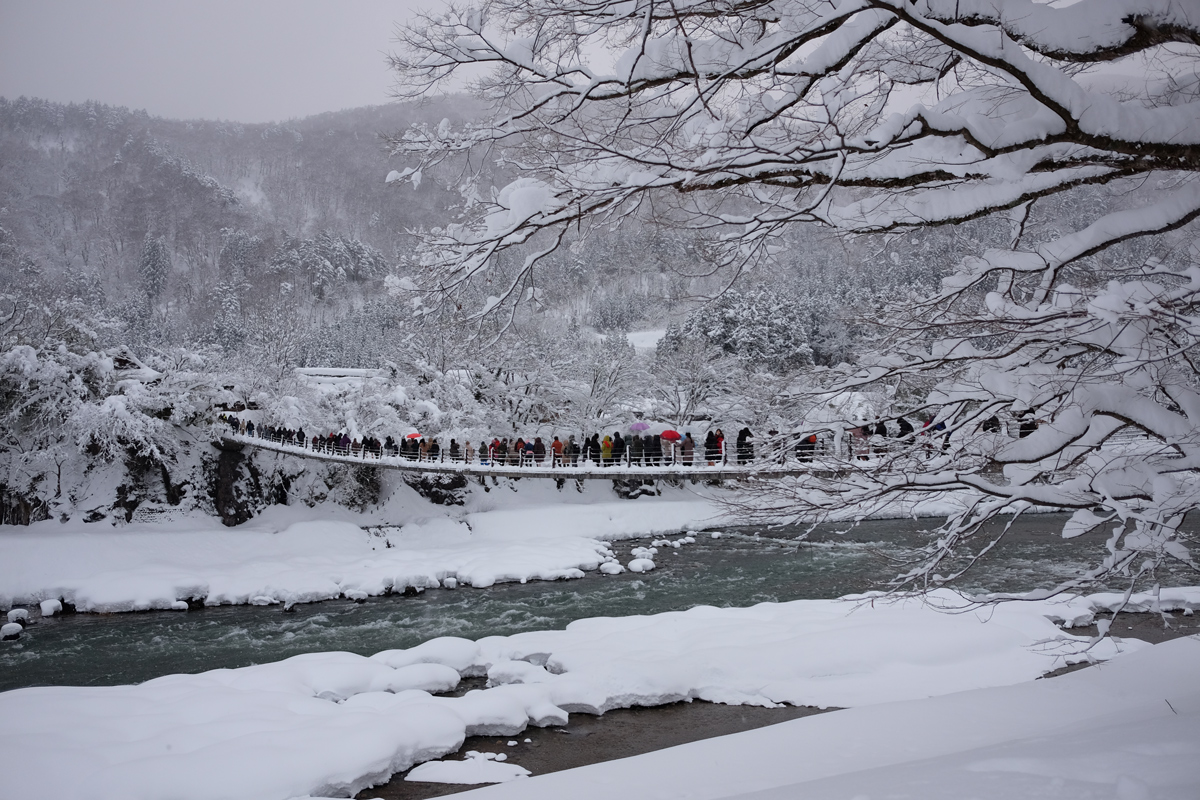 This is what winter looked like in northern part of Japan, bitterly cold. The fear of height absolutely had no place in traveller’s mind. Our need of adventure was bigger than anything at this stage. After all we all came to see Japan’s historic village, never mind that narrow bridge, the crowd, wind and low temperature. 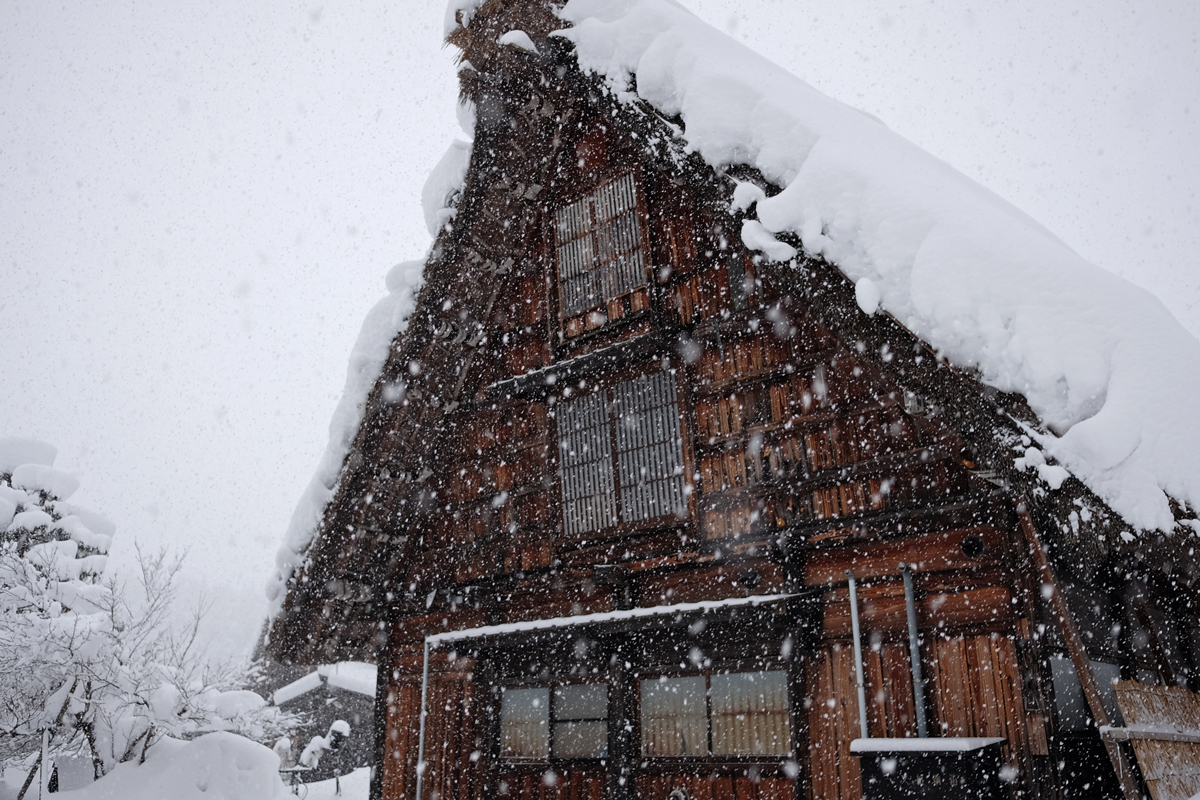 The snow was pouring down heavily by the time we reached to the main village. Although unpleasant, it was the snow that turned this historical village into a magical place. It’s a gorgeous picture but it was the pouring down snow that made a picture dramatic. 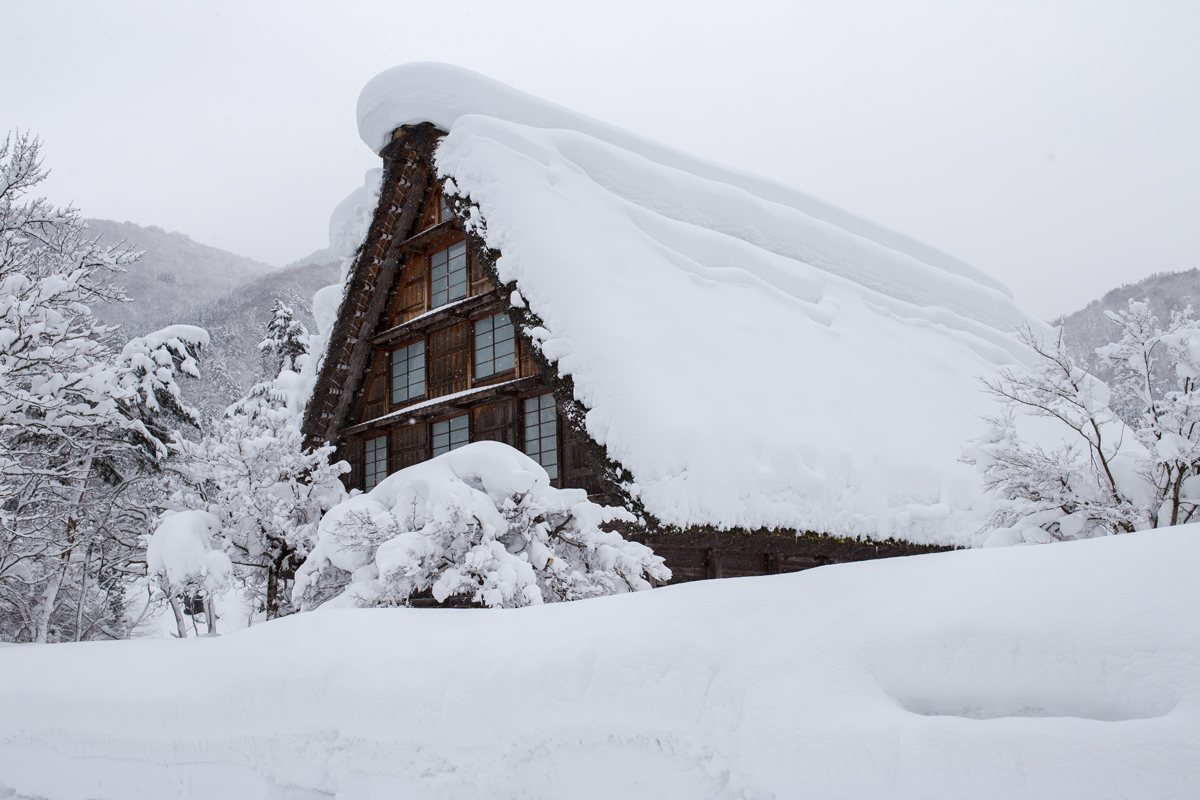 The most prominent feature of the houses in Shirakawa-go is the rooftop design. It allows the snow weighing down the rooftop to fall down naturally. This architectural design is known as gassho zukuri or prayer-hands construction. The steep slanting roof resembling to two joined hands in Buddhism prayer. It is this architecture design what makes visiting Shirakawa-go in winter the most appropriate time to see how strong gassho zukuri structure is.

For these houses, for instance, the snow on the rooftop nearly reached 50cm thick. The house will not stand without gassho zukuri structure. 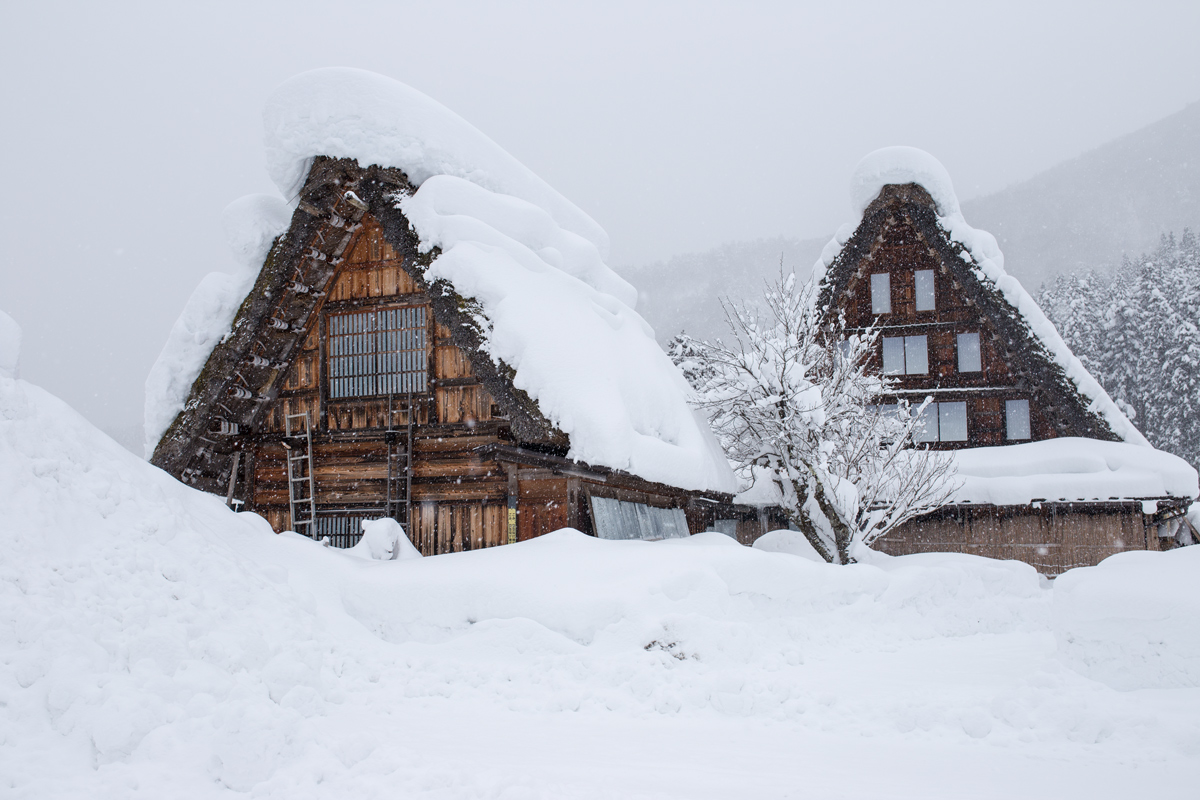 The light up started at 6 pm. We had a quick dinner then were directed to the observation deck. We were invited to the front row of the deck that could only be entered by reserved guests (members of the tour). This was why joining a tour programme was the best option. Everything was well arranged.

There was nothing but fog at first. It was dark until the light started showing up as soon as the fog clearing up. Professional photographers who had secured the best spot with their tripod and long lens began shooting the scenery. We waited until the light became more visible. 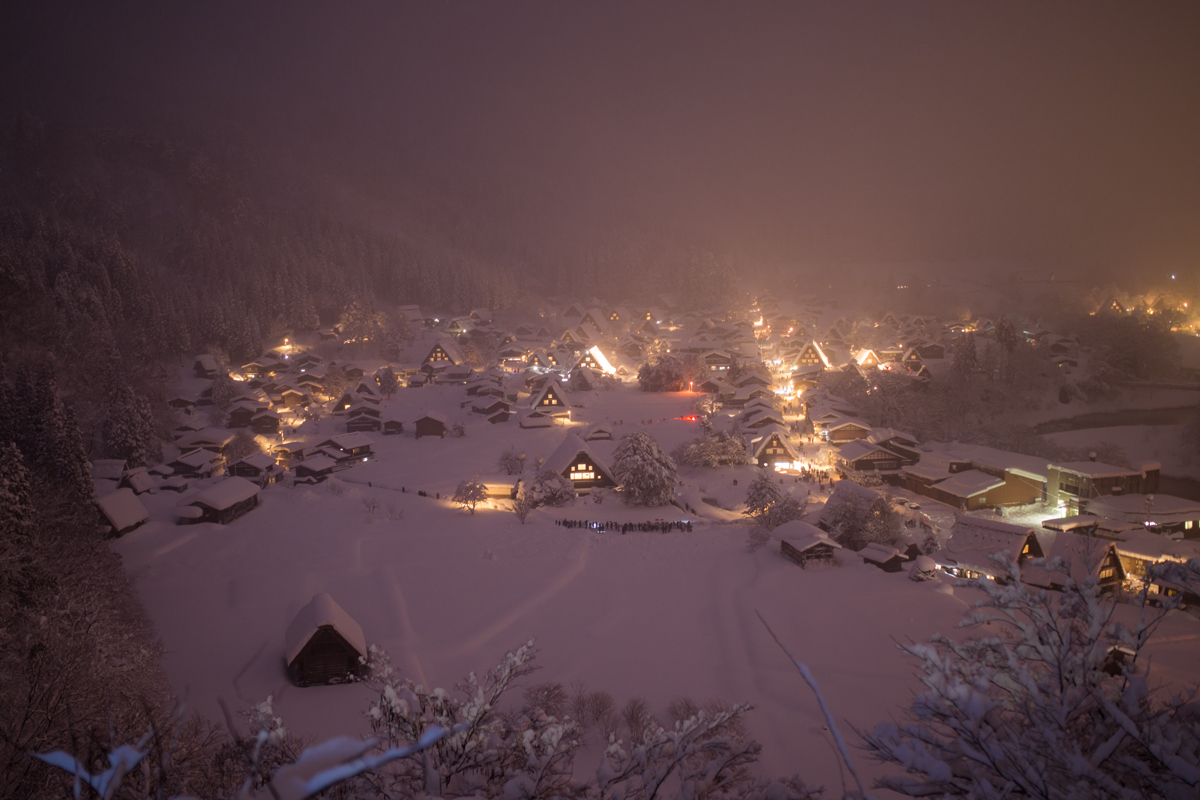 Then we headed back to the village. Compared to daytime, there were less people in the evening. The snow at this hour was pouring down even harder, temperature dropped to minus 8C. 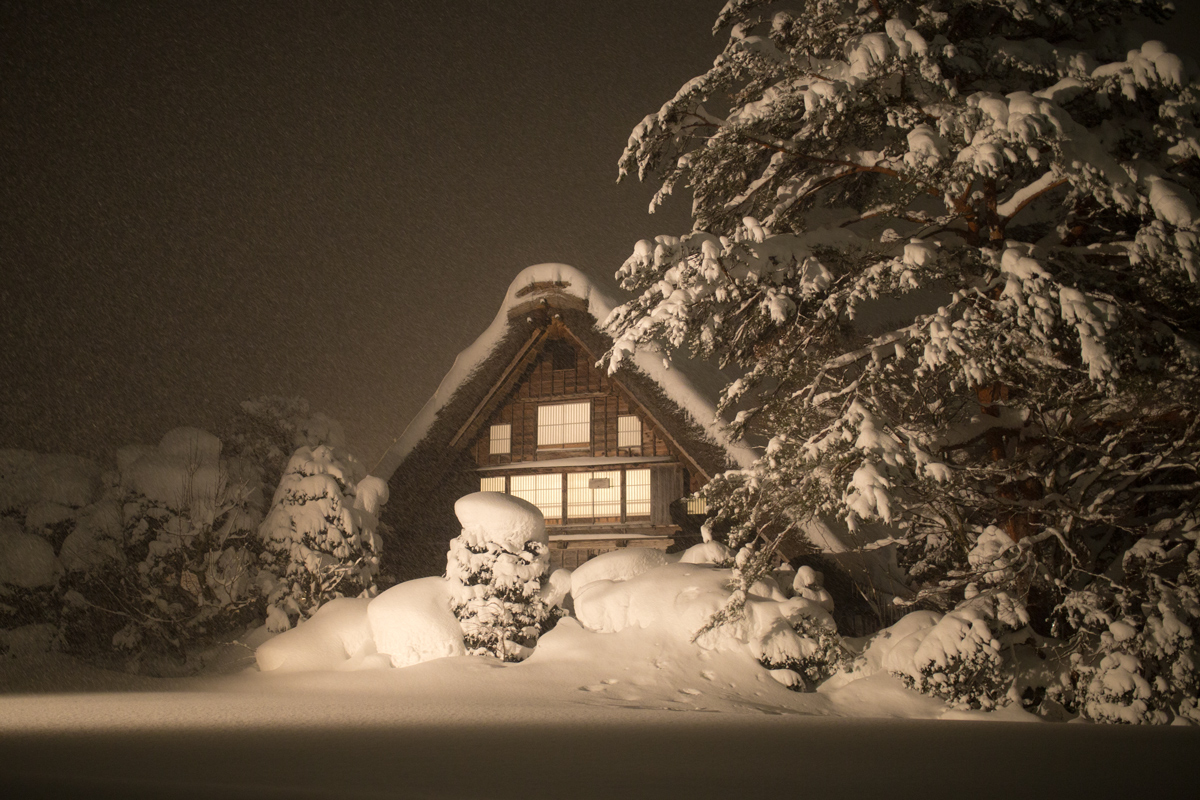 This is the most famous house in winter light up. 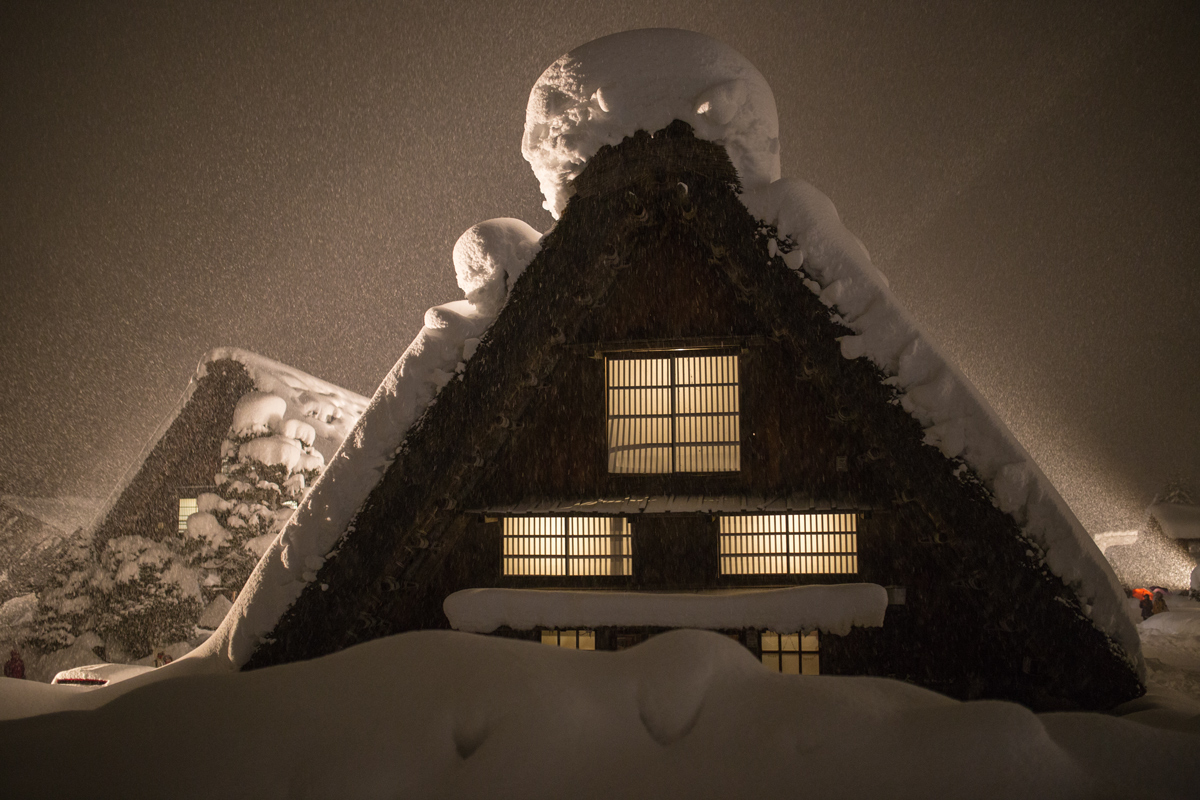 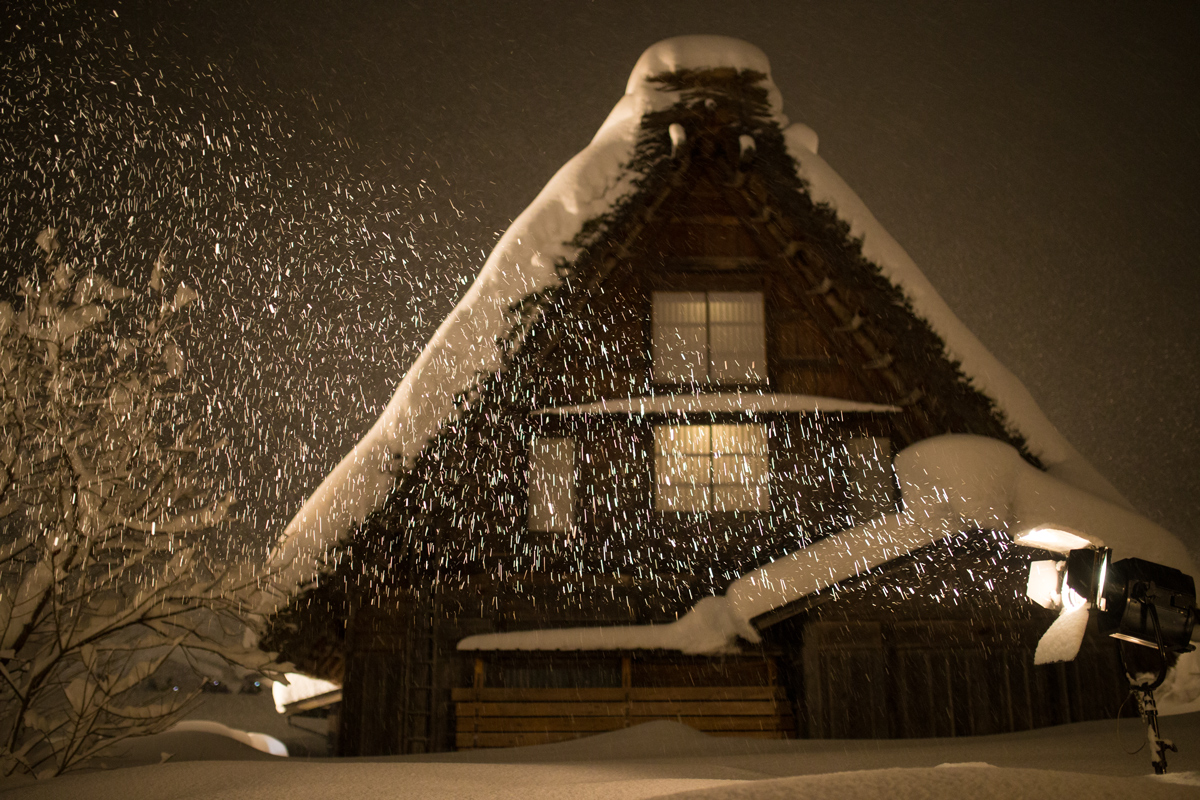 I didn’t realise the pouring down snow was this visible on the picture. Love these pictures so much. 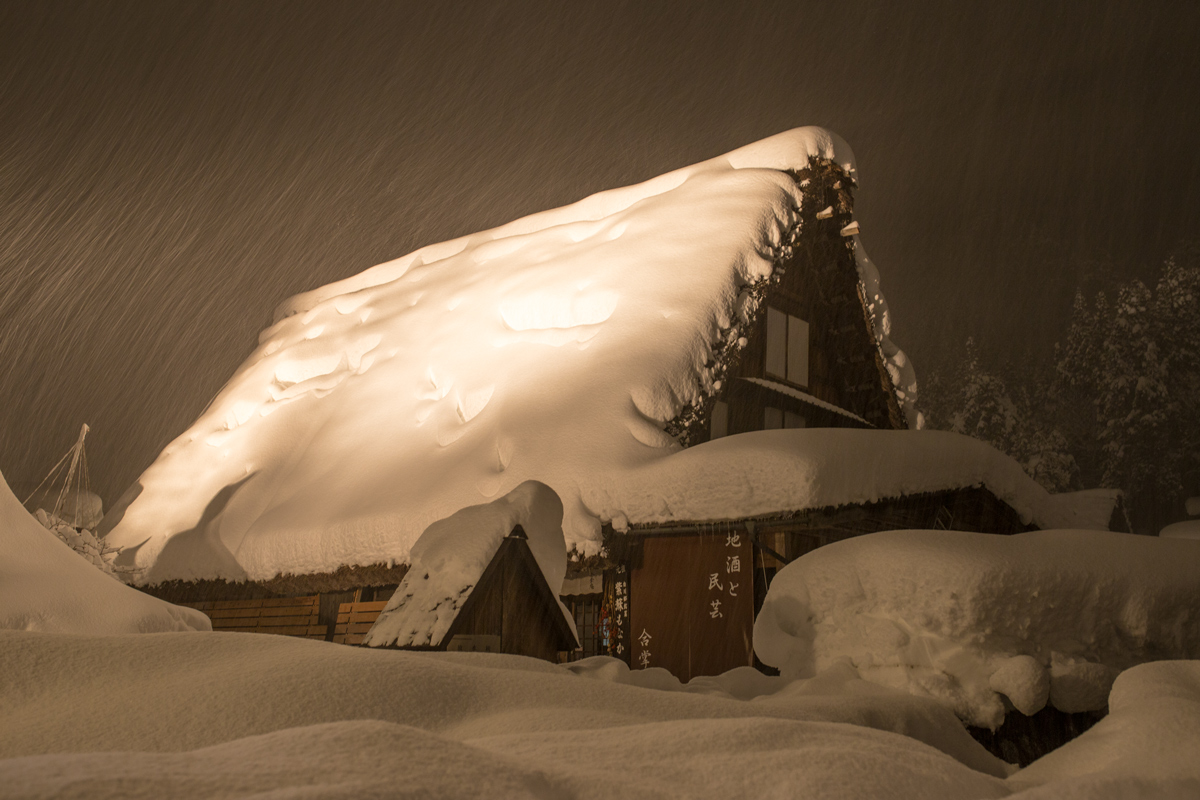 The light up lasted to 0730 pm but everyone started leaving the village before the lights were out. It’s not the darkness that we were afraid off. The bridge could be jam packed with people trying to get out from the village if we left the place when the light up finished.

Visiting Shirakawa-go in winter light up was the best Japan’s winter trip we have ever taken. We are thinking to visit this historical village again in summer, stay in one of farm houses and experience the local culture.