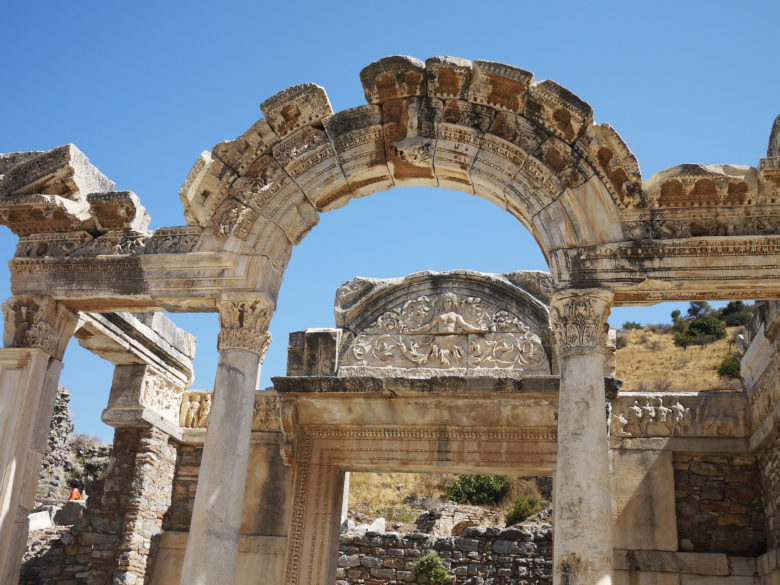 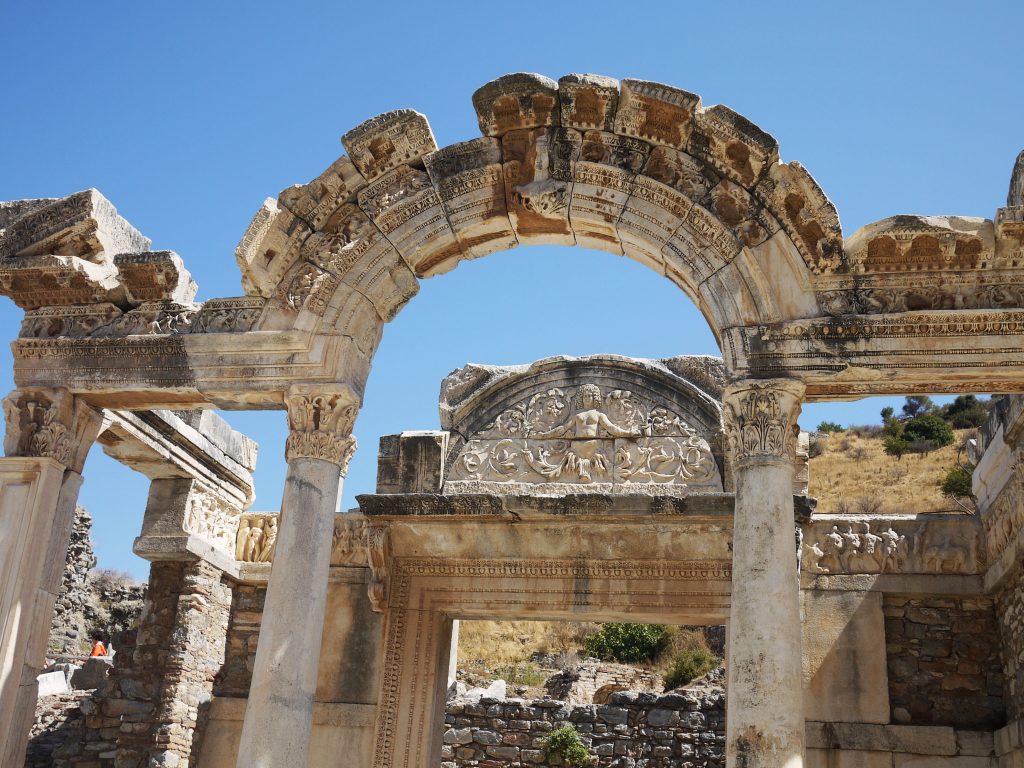 “Located within what was once the estuary of the River Kaystros, Ephesus comprises successive Hellenistic and Roman settlements founded on new locations, which followed the coastline as it retreated westward. Excavations have revealed grand monuments of the Roman Imperial period including the Library of Celsus and the Great Theatre. Little remains of the famous Temple of Artemis, one of the “Seven Wonders of the World,” which drew pilgrims from all around the Mediterranean. Since the 5th century, the House of the Virgin Mary, a domed cruciform chapel seven kilometres from Ephesus, became a major place of Christian pilgrimage. The Ancient City of Ephesus is an outstanding example of a Roman port city, with sea channel and harbour basin” (UNESCO)

That speaks a lot about Ephesus, the ancient city of Turkey. UNESCO inscribed Ephesus as World Heritage Site (finally). And none can ever describe Ephesus better than UNESCO.

We are so happy reading the news and could not help combing through our photo diary of Turkey when we went around the country two years ago. I must say our trip to Turkey was one of the most memorable trip we ever made. We can still remember the exact details of our trip. We took a private-guided one day tour in Ephesus before heading to Pamukkale by car. It was a tight schedule but we managed to see the highlights of Ephesus.

Going around Ephesus is impossible without a car. Public transportation is nowhere to be found. Renting a car or joining a tour is the only option to explore Ephesus. For us, we preferred joining a tour rather than renting a car. We did not have to bother which direction to go, how far one place to another and how much time we could spend in one place. Everything was well arranged by the tour operator.

First thing on our itinerary was visiting House or Shrine of Virgin Mary on the top of Bulbul mountain. Shrine of Virgin Mary is a sacred place and pilgrimage site for Christians. It is said Virgin Mary spent the last days of her life in this House. Visitors can only enter the House as far as the altar goes and taking pictures inside the House is prohibited. Because of the size of the house, only certain number of visitors can enter while others must queue. 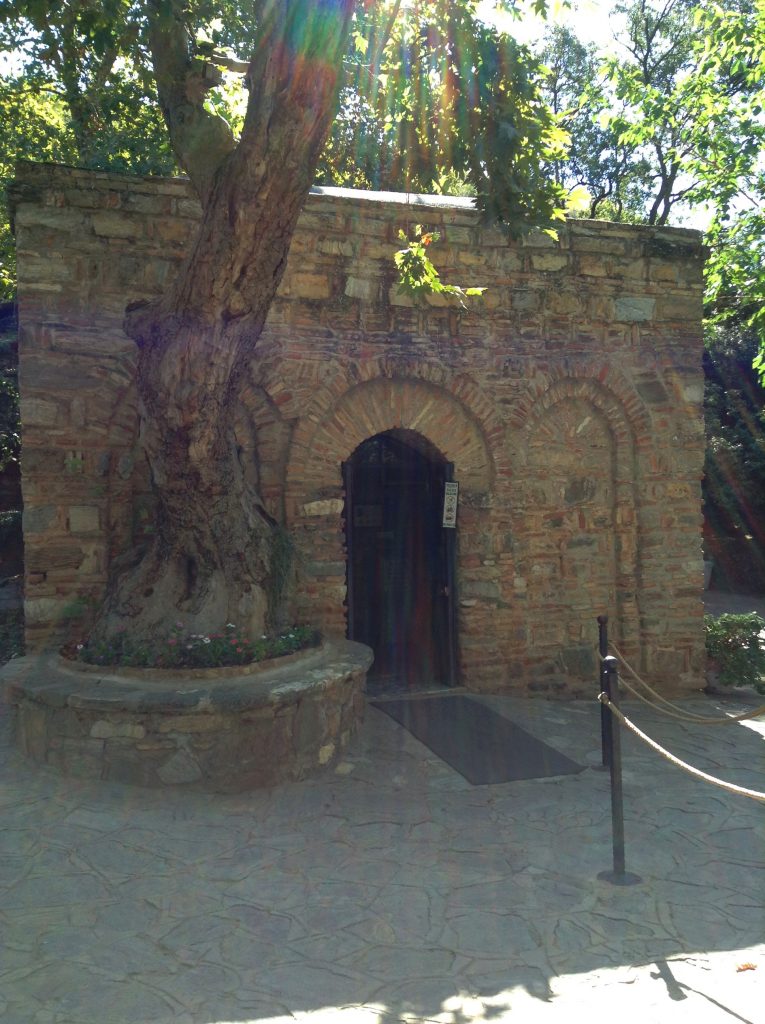 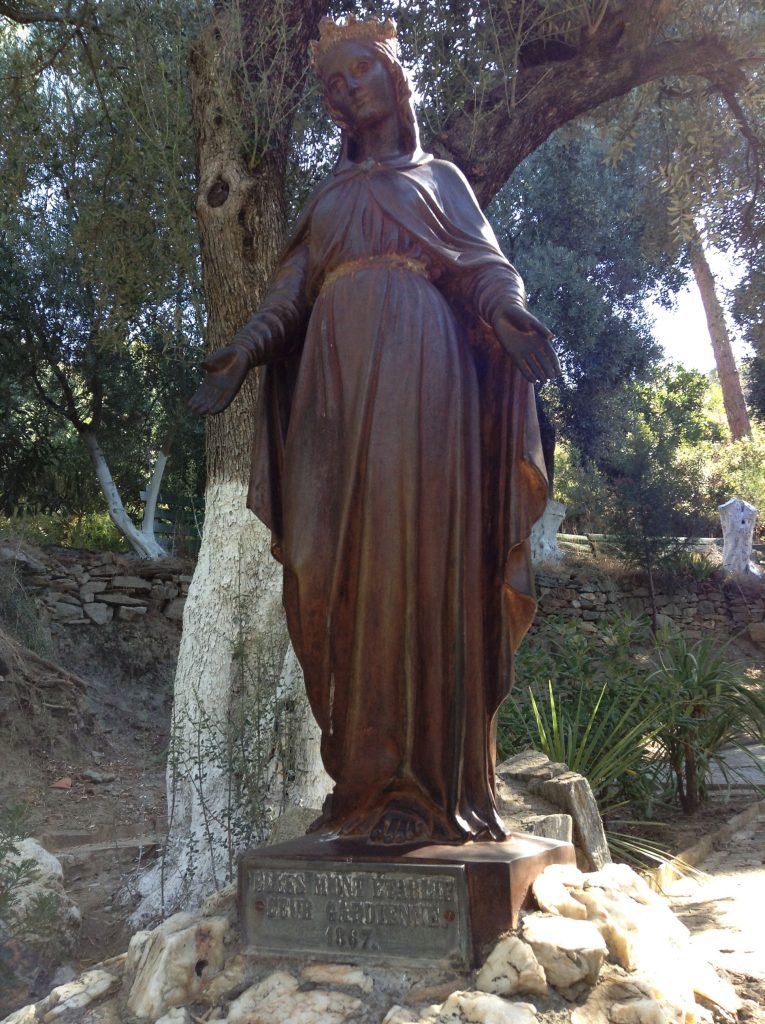 Second thing on our itinerary was visiting Library of Celsus or the facade of the Library of Celsus. The Library is located inside the ancient city of Ephesus. It took a short walk from the main entrance to reach the Library.  We spent over an hour in this ancient city of Ephesus as there were so many things to explore. It was good decision to join a guided tour. Without a tour guide we would not know the history behind the ruins.

The Temple of Hadrian

The statue of Nike, goddess of victory. 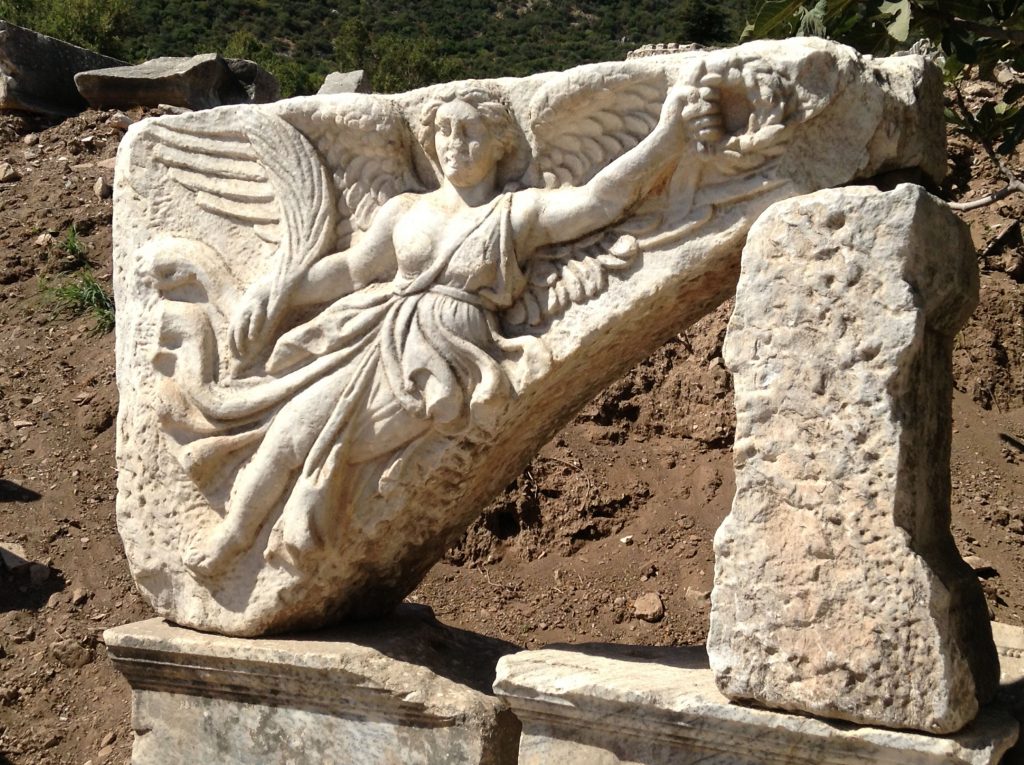 The Library of Celsus was built to honour a Roman senator, Tiberius Julius Celsus Polemaeanus who loved reading. Library of Celsus used to store 12,000 scrolls on its wall. The Library and its entire scroll was destroyed by fire in an earthquake leaving the facade only. But the facade was also destroyed by earthquake in the later year. The facade we see today is from a reconstruction that took place between 1970 and 1978, led by a German archaeologist. 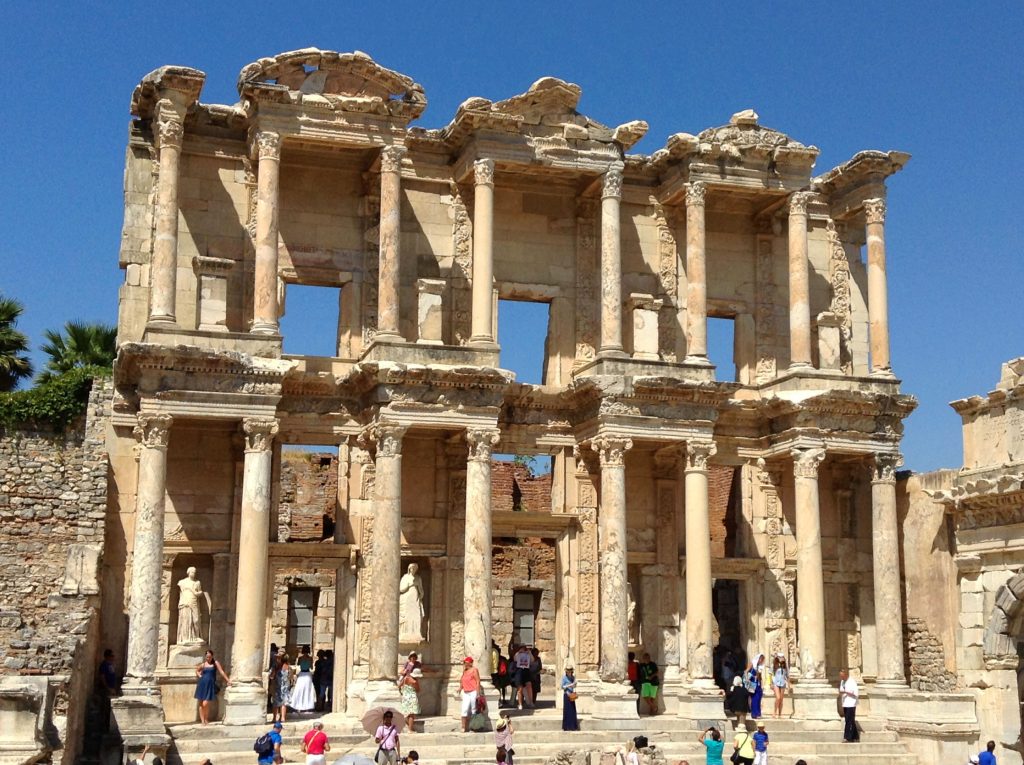 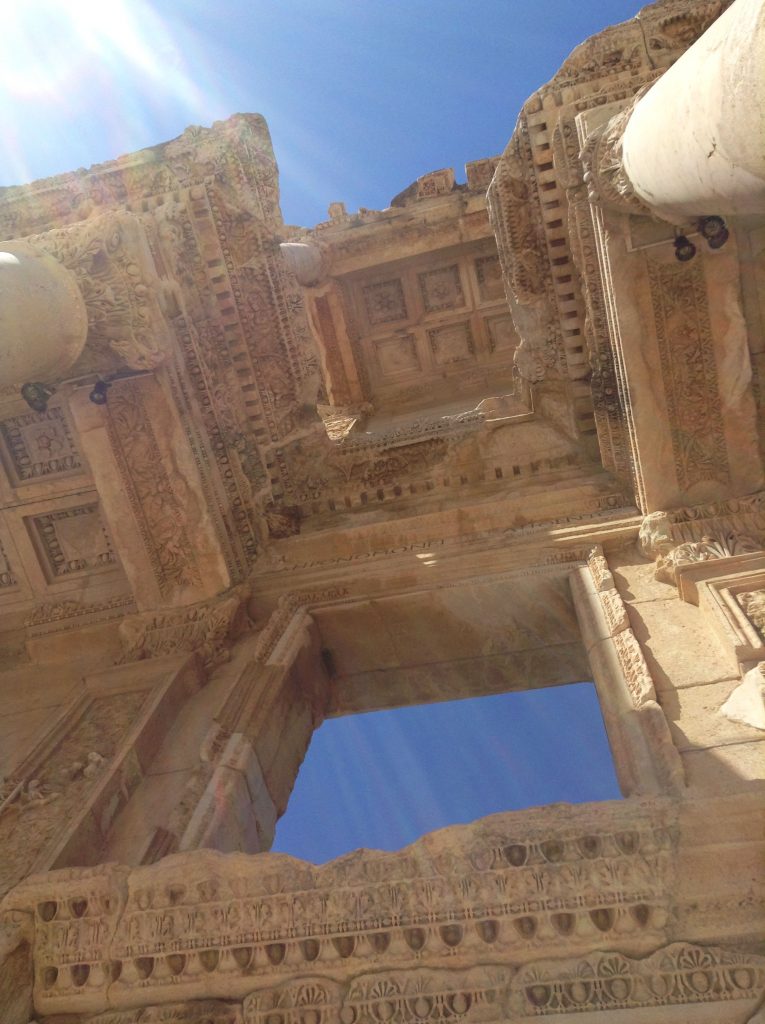 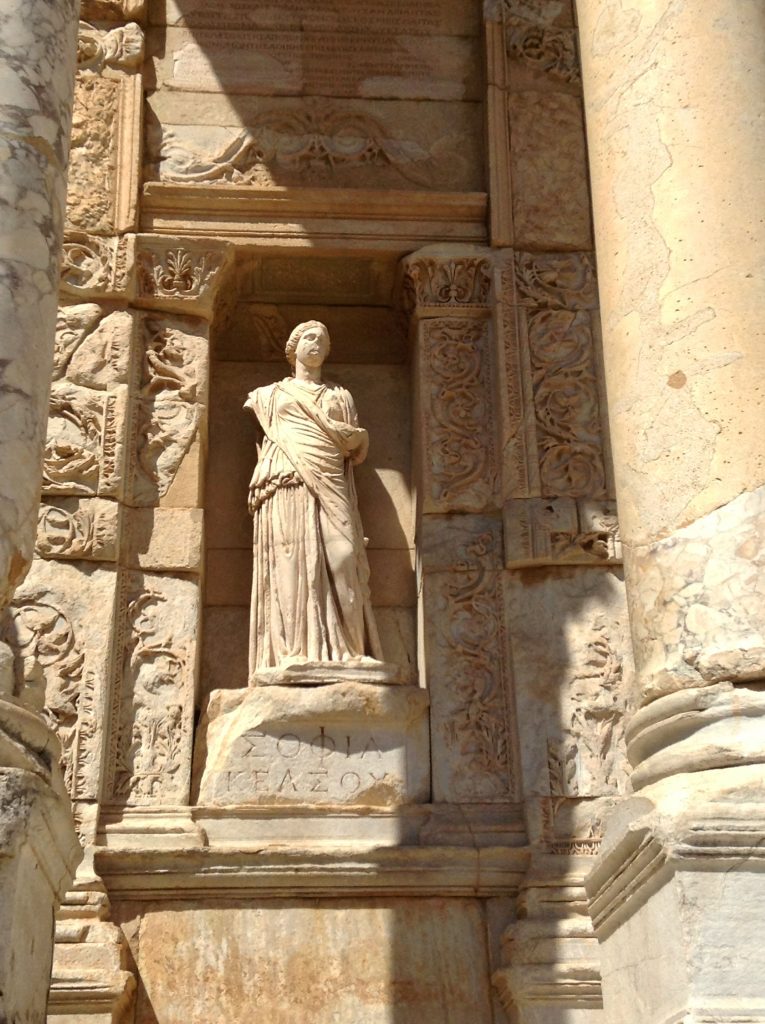 Ephesus Amphitheater was a public space that was used for concert, political, religious and philosophical discussions and also gladiators fight. 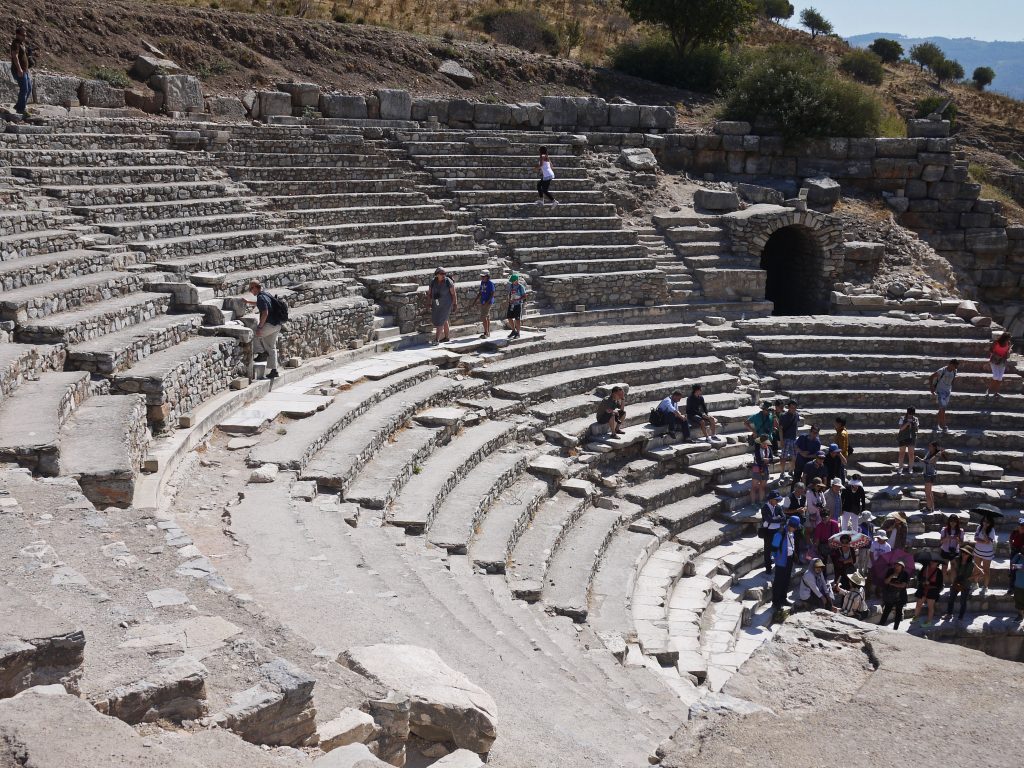 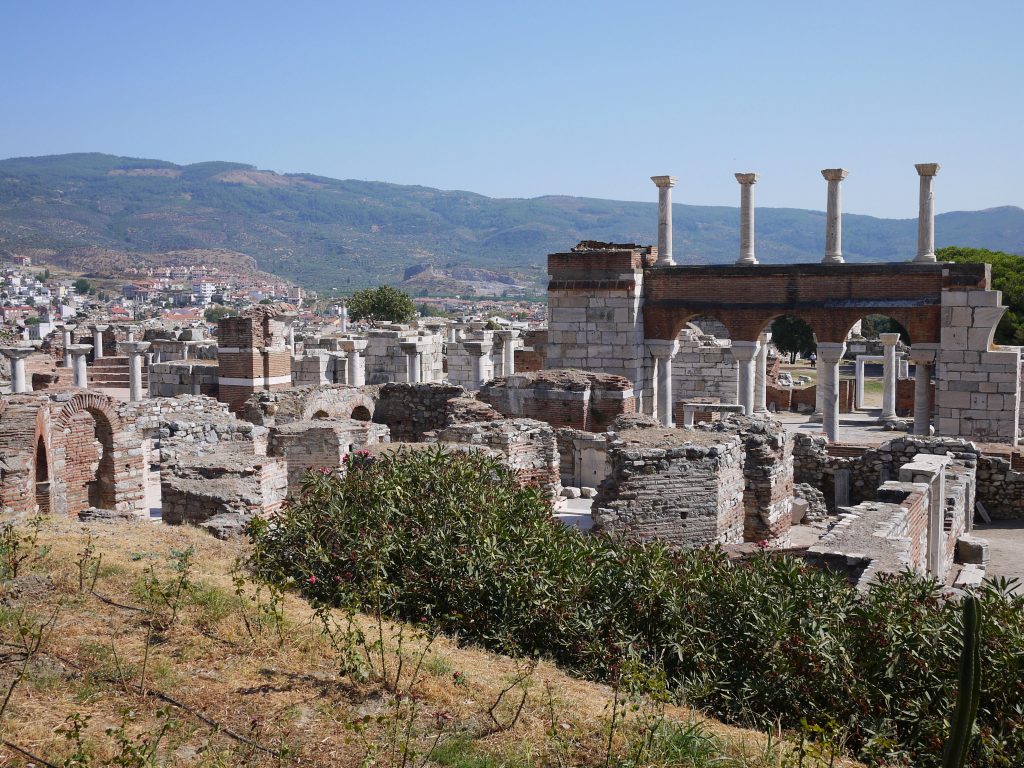 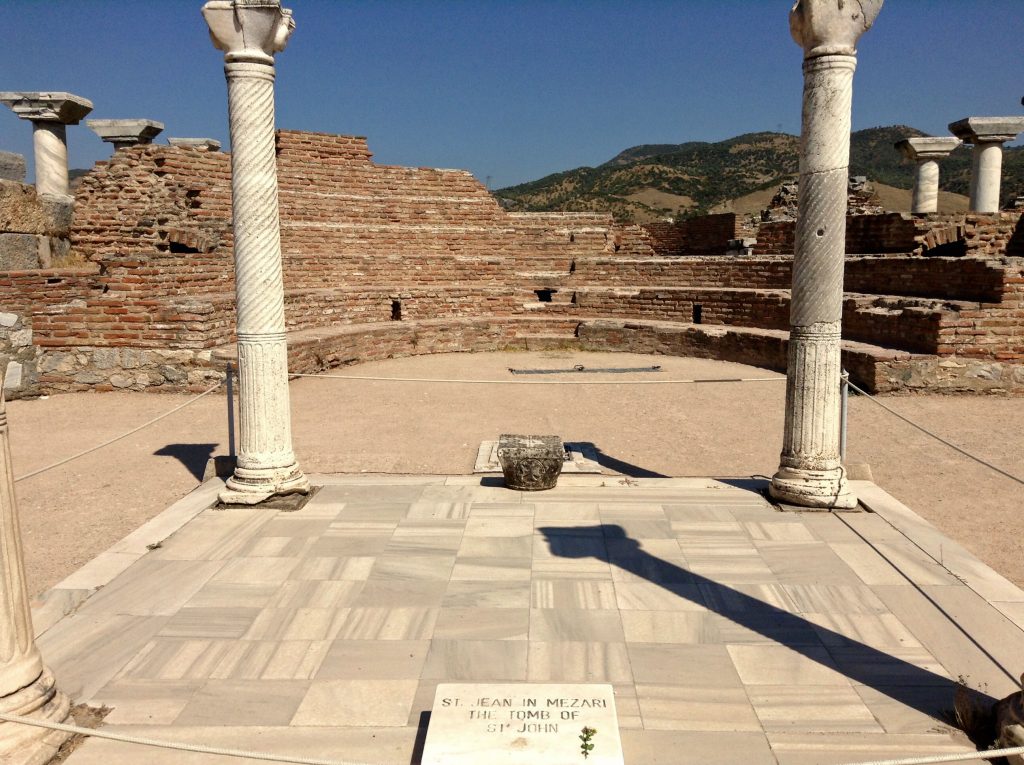 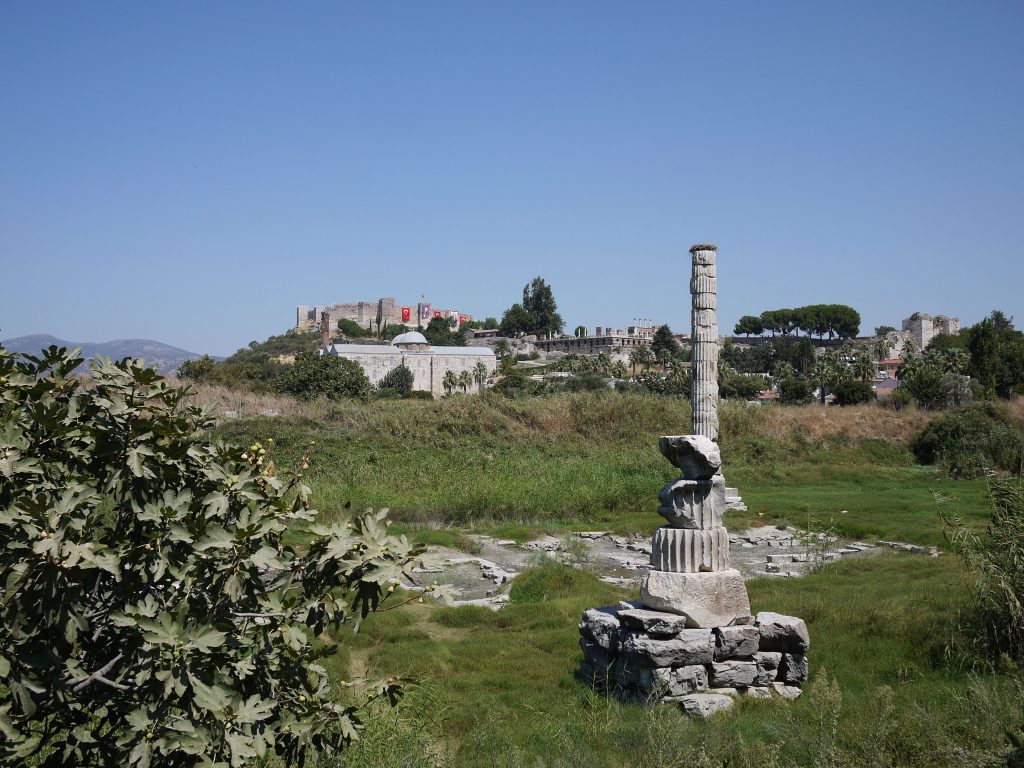 We always wondered why an important historical site such as Ephesus was not included in World Heritage Site for such a long time. From a point of view of tourism Ephesus will always attract visitors, be it curious travelers with the love for history or pilgrims. Finally Ephesus is now part of World Heritage Site. It gives a stronger reason for visit Ephesus while in Turkey.

Have you been to Ephesus? Will you put Ephesus in your bucket list?