7 Best Old-Towns To See in Japan 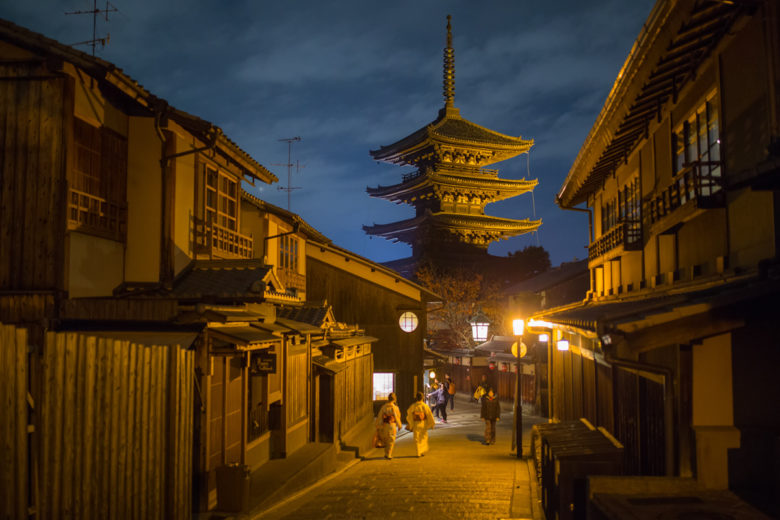 What bring you to Japan? That’s not merely a question an immigration officer asks when you land at Japan. It’s also a question we often ask ourselves before embark on holiday abroad. What do we want to see and do in a foreign country we often know nothing about except for stunning pictures (often edited) on IG and nicely written articles in popular blogs? What bring you to Japan is a simple question yet requires time to find a proper answer to.

A few years ago when I moved to Japan, I have a long list of things to see and do in this country. After seeing a little bit of this beautiful country, my list of things to see and do in Japan gets shorter. I become more particular and picky in choosing things to see. Let’s say I finally knew what I prefer to see the most while exploring Japan. Old town…. Yes, that’s what I want to find and explore more in Japan. Finding a well preserved old towns in the middle of the city buzz makes me love Japan more. It’s one of the many ways to see how much Japanese appreciate its histories while learning a little bit the story behind the old towns of Japan.

We had several opportunities to see some old towns in Japan’s popular cities. As a gaijin (foreigner) in japan, seeing old towns never fails to amaze me. With Japan rapid economy growth (oh, that’s a story of the past), it’s easy to neglect old towns and let the newest and trendiest architecture take over the old design.

Lucky for us, Japan’s government gives special attention in preserving the remaining old towns. They established a regulation that prevents residents of a designated old town to renovate their houses. Because of this regulation, old towns of Japan are still exist until today. I will not bore you further with the rule as I want to share more what types of old towns you can find in Japan.

Historically, there are three types of old towns in Japan. Each and every old town is equally stunning and a reminiscence of the old days.

ONE is a historical preserved district inside a city that used to be a capital or a castle town. This type of old town exists in Kanazawa, Takayama and Kyoto. These three cities were intact from firebombing in World War II hence their old towns are still standing until today. The old towns of Kanazawa, Takayama and Kyoto are the most popular amongst any other old town because of its strategically located inside a city.

TWO, a town with limited transport accessibility therefore was left behind from modern development. Some can be seen in old station towns in a mountainous area that is passed by the ancient highway of Japan. This type of towns exist in Tsumago-juku and Ouchi-juku. Juku (Shuku) means a station town or post town.

Many years ago, travellers were used to stay in Tsumago-juku or Ouchi-juku before and after crossing the nearby mountain pass. As soon as the railways and highways were built at a great distance from Tsumago-juku or Ouchi-juku, these towns immediately lost their importance as a transit place. They transformed into ordinary rural towns unlike many other old stations towns in different areas in Japan (one of well known towns is in Shinjuku).

It’s difficult to reach Tsumogo-juku and Ouchi-juku unless you travel by car. In Japan, any place that is far from a train stop and has no shuttle bus service is always a forgotten place.

How could this type of old town survive the modernisation? The people who live within Tsumago-juku and Ouchi-juku decide to keep and maintain the shape of their houses as in the past. From generation to another, people are willing to overlook modern house appliances (wall mounted air conditioning, kitchenette, etc.) just to keep the old days ambiance alive. Of course, it’s part of the efforts to be a unique town and attract tourists to come.

The World Heritage old town, Shirakawa-go, also falls within this category since the road to reach Shirakawa-go have not been developed much due to heavy snowfalls.

THREE, the last type is the old street in front of temples and shrines. Many existing shops on the old street have been standing since the ancient times and pass on through the generation. Because of its strategic location, this type of old towns are the most visited, thus becoming prosperous until today.

After a few years of stay in Japan, if I am asked what do I really want to see in Japan, my answer will be the Old Towns.

How about you, what do you want to see the most in Japan?