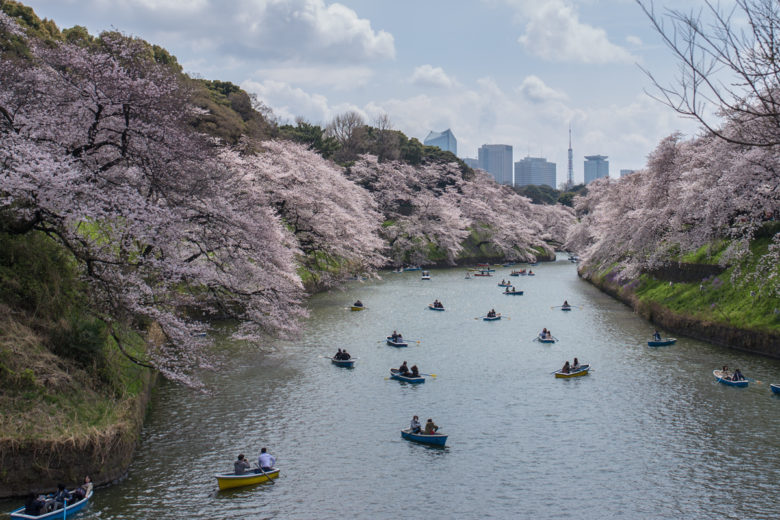 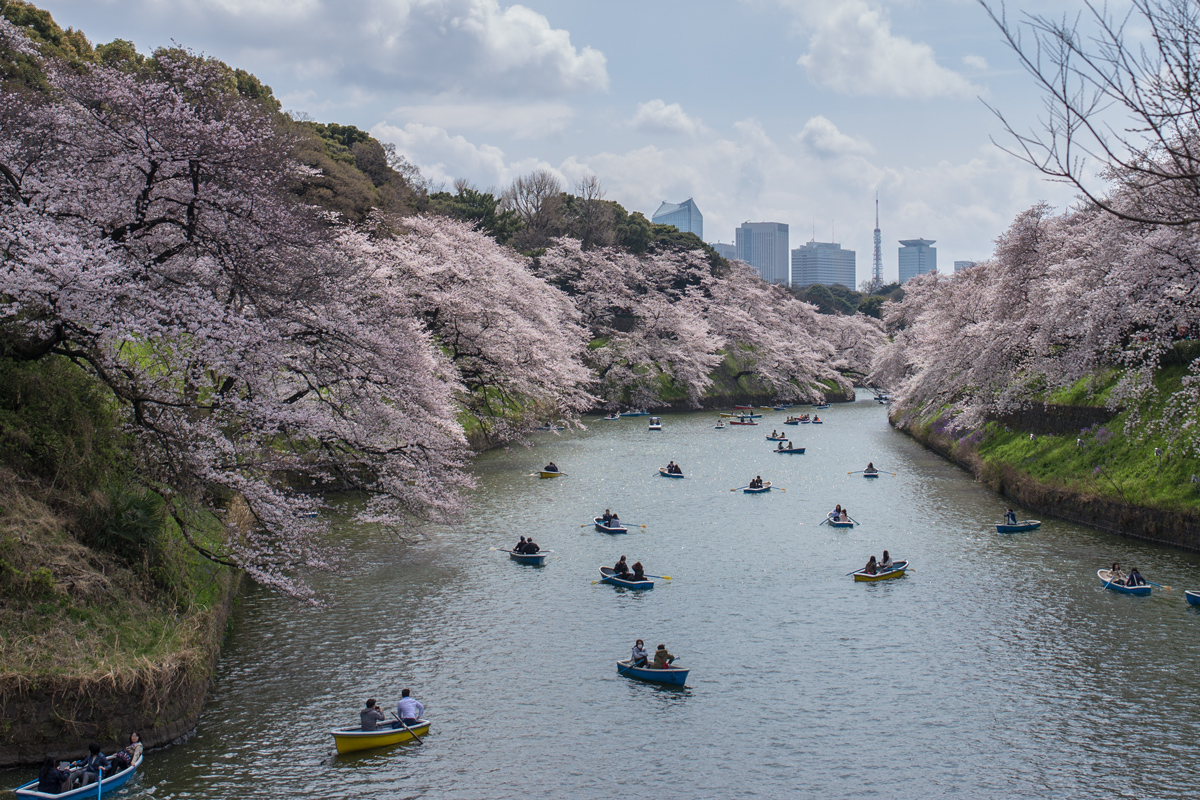 The boat riding is not the only attraction Chidorigafuchi offers in sakura season. There’s sakura path that resembles a tunnel shape by the moat side. Many people prefer strolling along the sakura path rather than queuing up for hours to get on the boat. 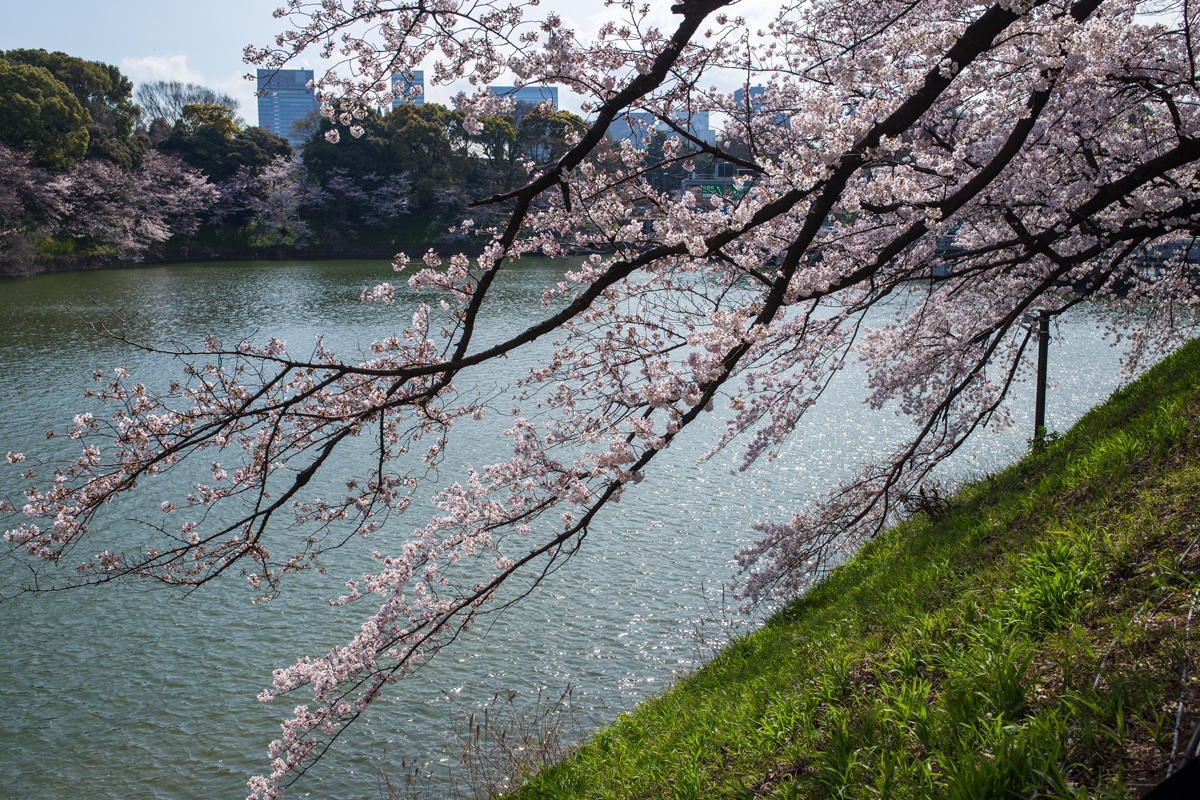 Arriving early is the only way to beat the crowd. So there we were on a bright sunny day queuing up for the boat an hour before the pier even opened. We were not the first to arrive at the area, of course. There was already 200m queue at Chidorigafuchi. 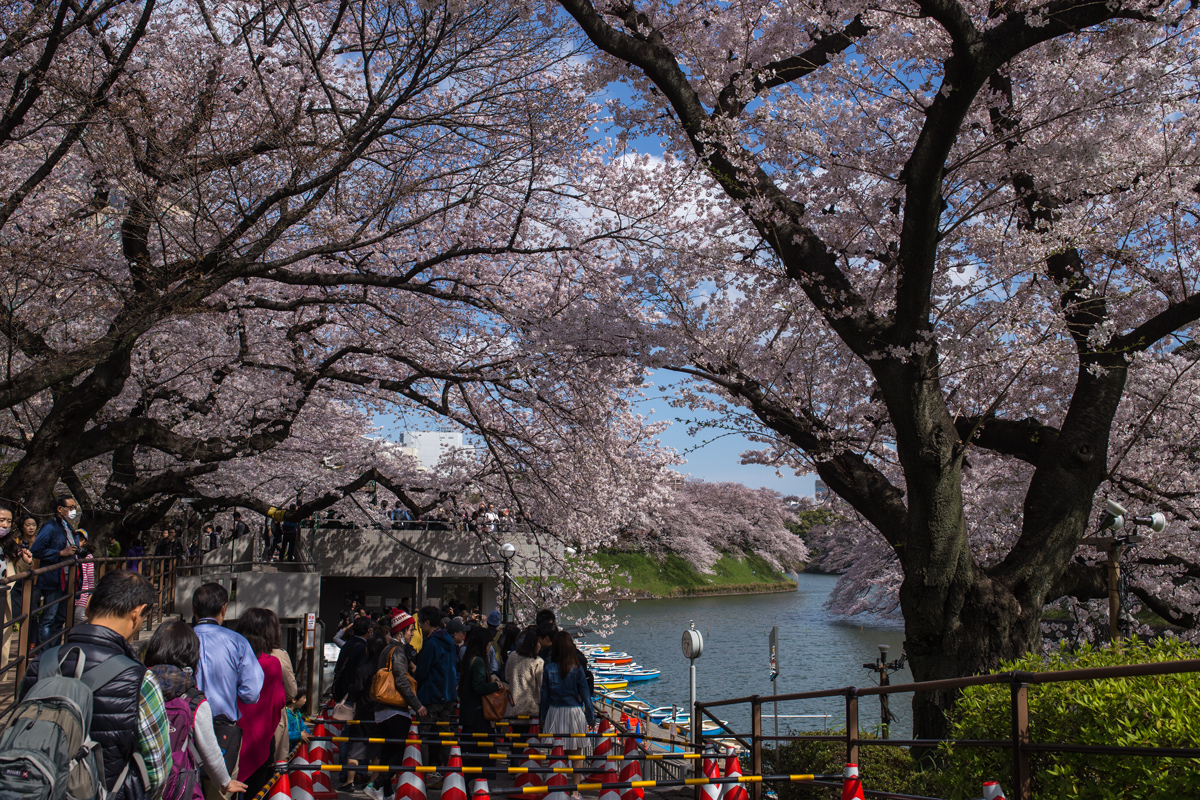 The wind started blowing strongly several minutes just before the pier opened. The staff screaming out loud “boat rental will close if the wind blows 6 metres per second”. The cherry blossom petals blown by the wind made thing seemed even more dramatic for a boat riding that morning. We were not the only ones who wished the wind would stop. 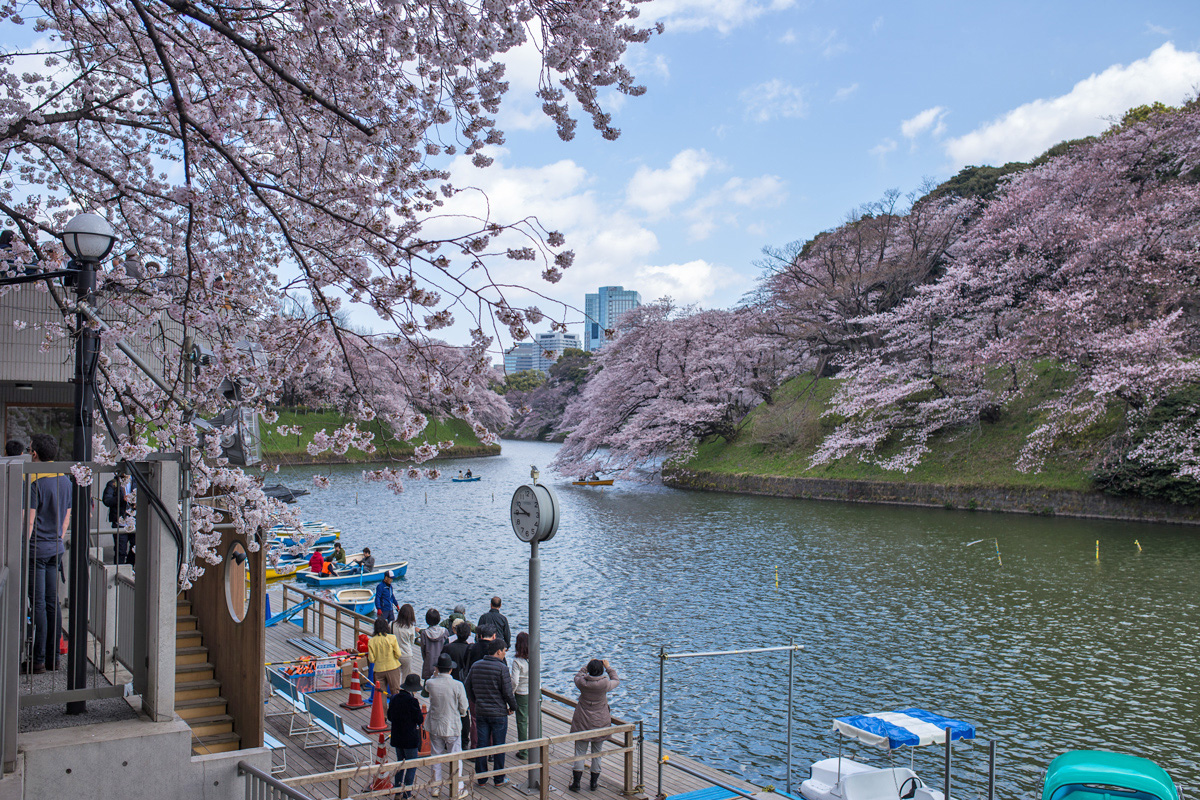 It was a relief knowing some people could finally get on the boat. Lucky for us, it was only 1.5 hours of waiting to get on the boat. The wind was indeed very strong but stopped blowing once in awhile. Ikumo was the one rowing while I took some pictures. 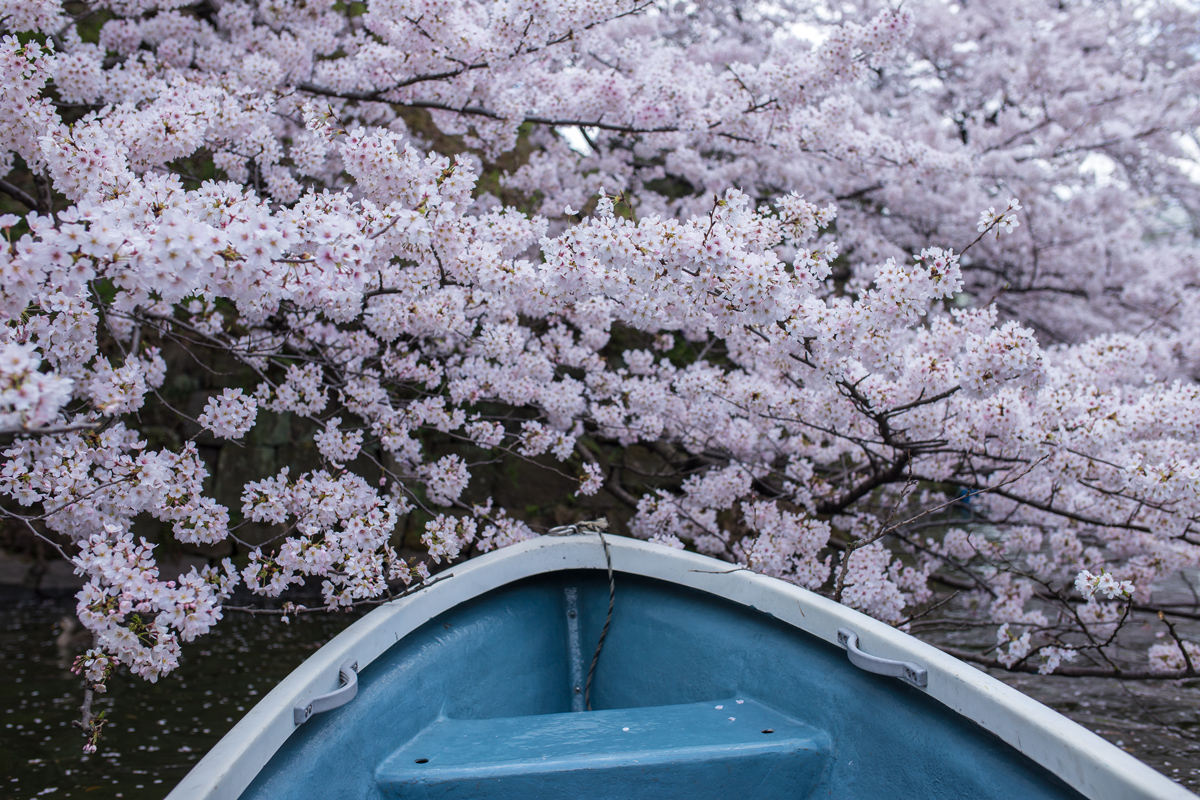 We headed to the most popular side of the moat: the closest part to the Imperial Palace northwest entrance. There sakura branches nearly reached the water. We could easily take pictures of the flowers. 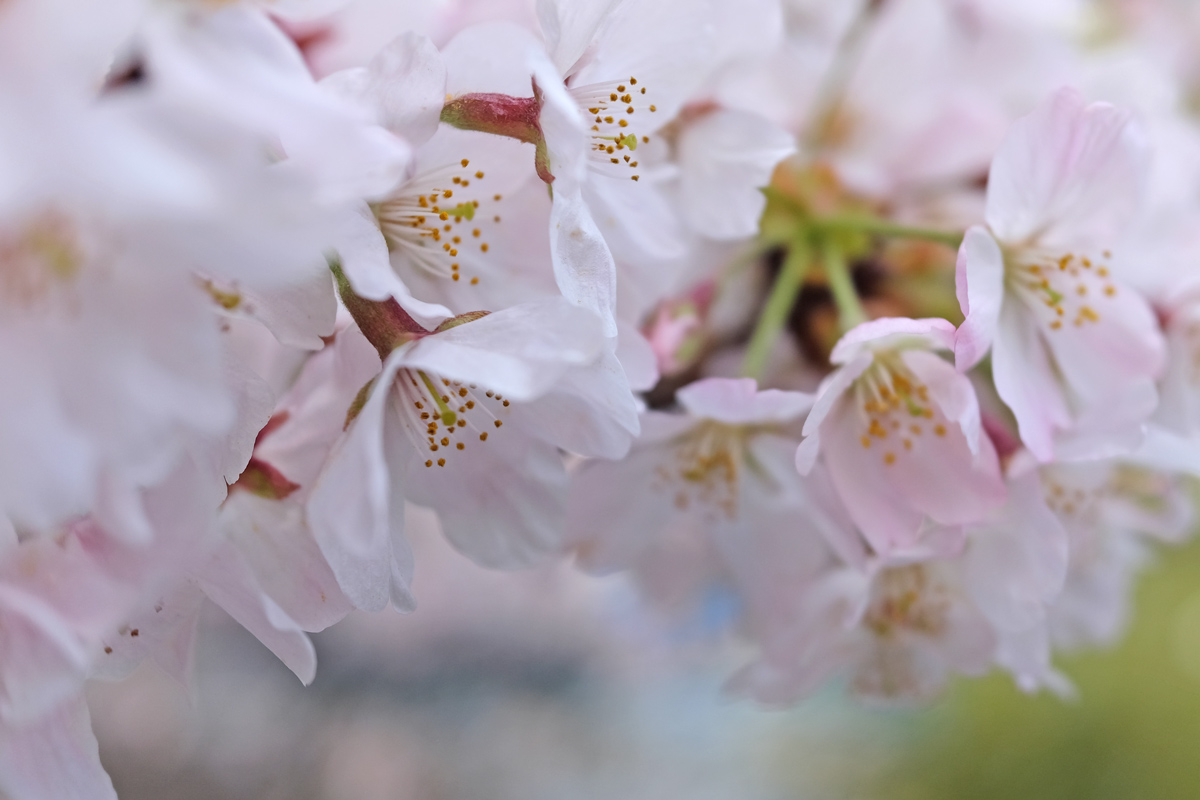 Macro photography was quite easy when the wind was calm. 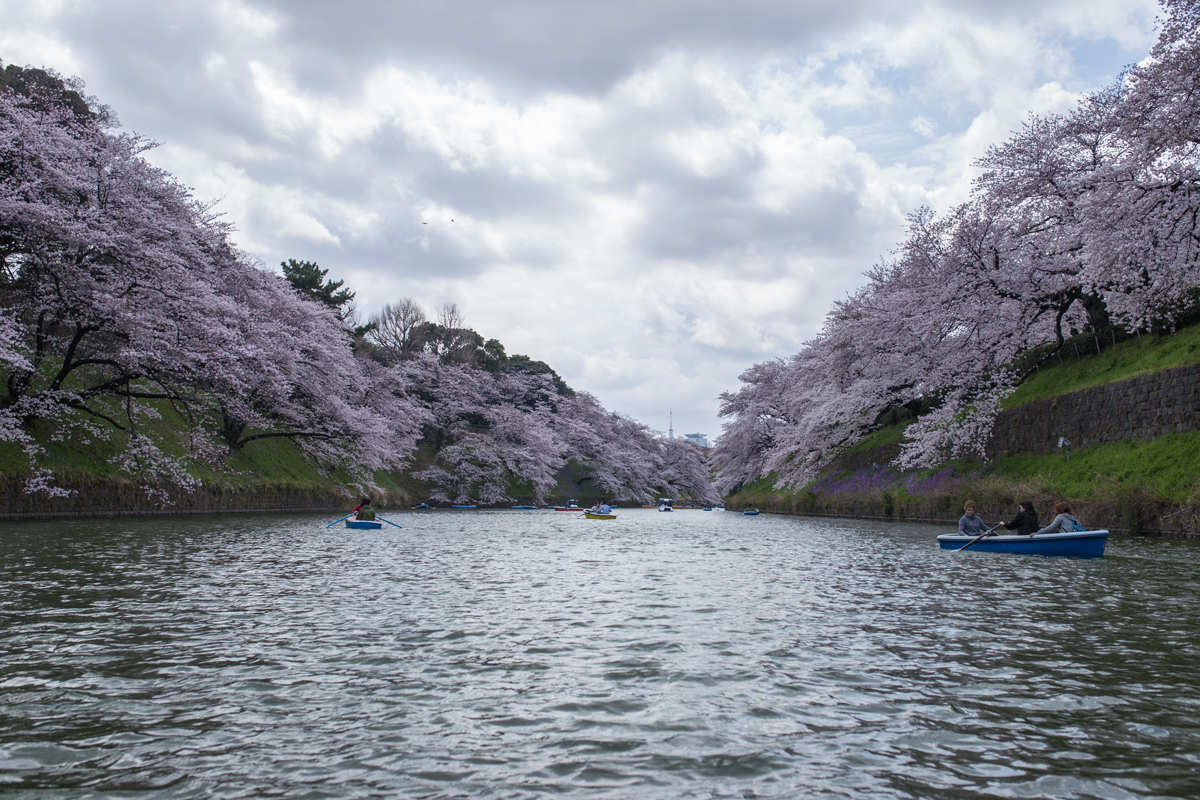 Time flying quickly it nearly an hour after we left the pier. We decided not to rush and planned to pay more later after arriving at the pier. The more time we spent on the moat the stronger the wind blew the harder to reach the pier. We were not the only ones who fighting the wind and the current. There were times the boat was not moving regardless how strong Ikumo rowing. To stop rowing was a better option that fighting the wind but the longer we stopped rowing the harder the wind blew the boat to backward direction. So, Ikumo decided to keep rowing as hard as he could. The blue sky had completely gone by the time we reached this part of the moat. We could only wish to get back to pier safely. 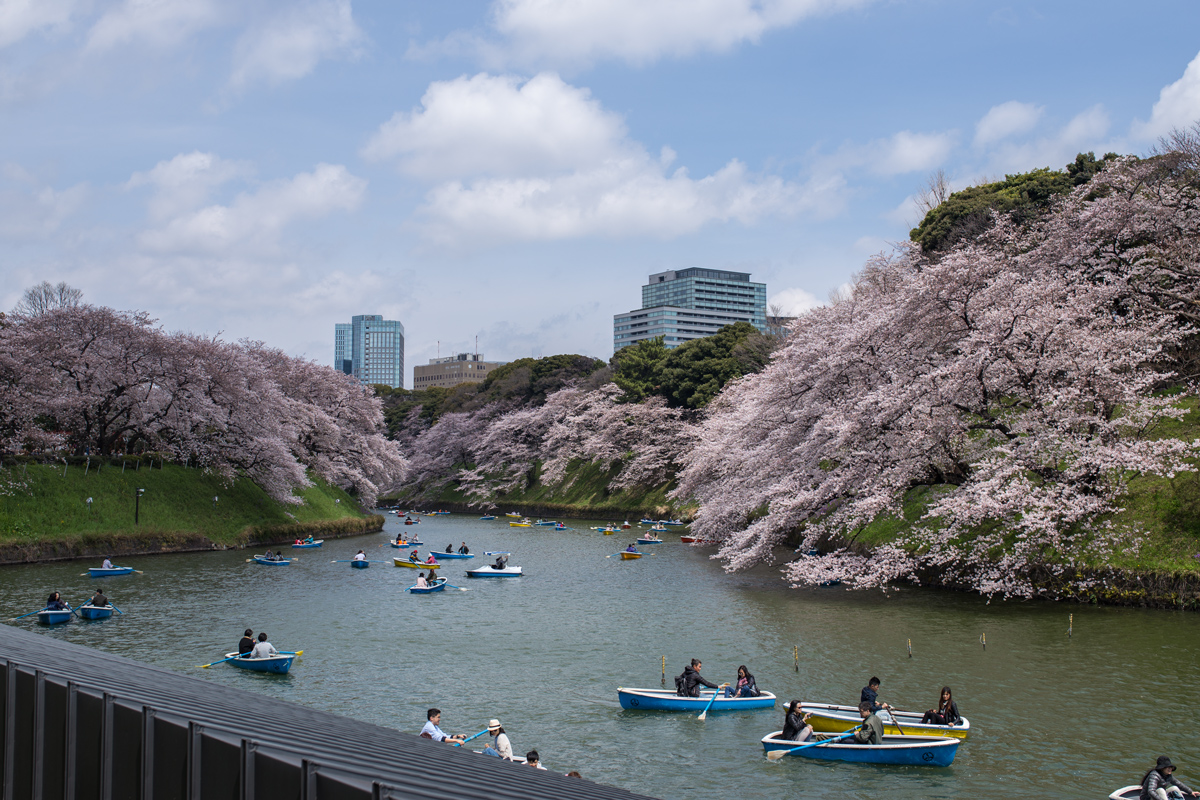 After slightly over an hour fighting the wind we finally made it to the boat pier. The staff was so kind and understanding to waive the additional charge for the boat. He said “we knew it was very hard to row the boat against the wind and current, so no charge for you”. The best treat on spring season ever!

It was a lucky day for anyone who managed to get on the boat before 5 pm on that day. The boat rental service was stopped due to the strong wind. Unfortunately over the weekend the boat rental was temporarily closed several times due to the rain and wind. The weather was not that friendly this year. Well, a wise man say there is always tomorrow and tomorrow will be better. It’s a good time to consider visiting Tokyo again for the next spring. Will you?