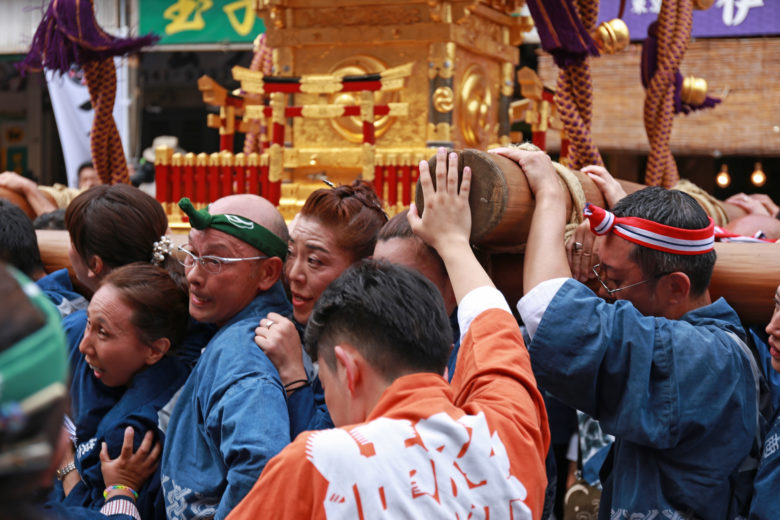 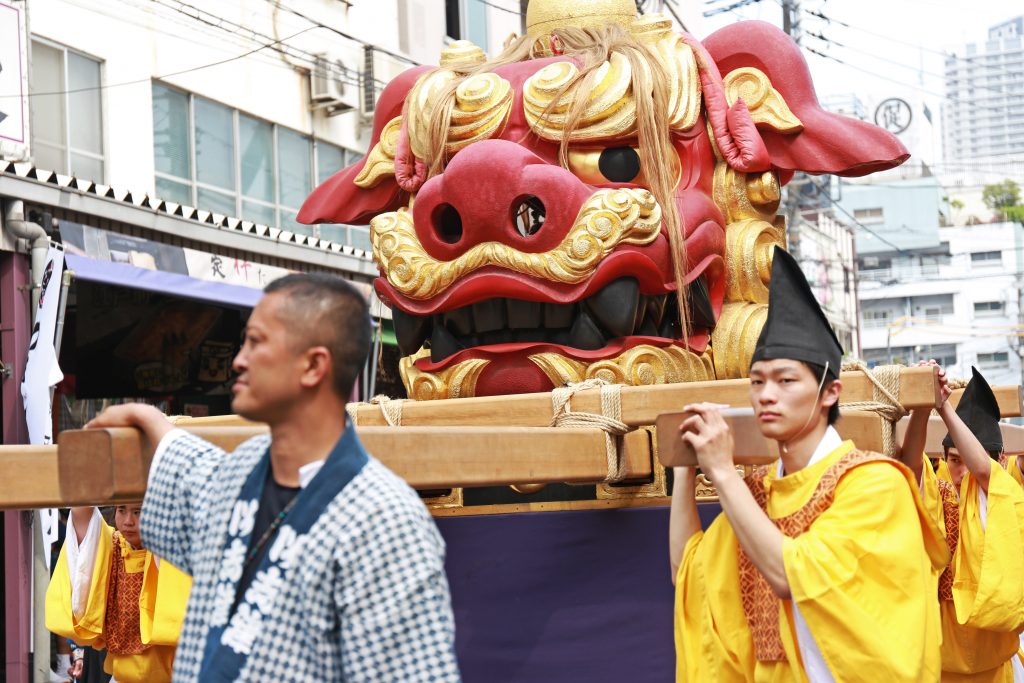 First week of June flew fast, with so much happiness by the end of the week. We finally saw Tsukiji Shishi Matsuri or Tsukiji Lion Dance Festival over the weekend (June 13th). Tsukiji Shishi Matsuri is always been a special festival and cherished by the local. It is only held once in every three years. This year festival was even more special because it might be the last festival ever held in Tsukiji before the market finally moves to Toyosu (possibly in 2016). The plan of moving Tsujiki fish market to Toyosu has been going on for several years now. There has not been a firm decision and official announcement until today as to when the market will move.

Tsukiji Lion Dance festifal is held by Namiyoke Inari shrine in Tsukiji. This shrine is famous place to pray for prosperity, good business and protection from disaster and bad luck. Shishi matsuri is a tradition that passes on to generations since Edo era. The history said that the local facing a lot of difficulties in completing reclamation work at the coast of southeast Edo (now Tokyo) because the embankments in the Tsukiji area were always washed away by ocean waves and fierce wind. The nature calmed down after people started worshiping a sacred body of a deity that was found on the ocean’s surface. People started the celebration as soon as the reclamation completed in 1659 by carrying floats that symbolising a dragon that controls the cloud, a tiger that controls the wind and huge head of shishi lion.

The festival had not started when we arrived at around 0140pm. Our eyes wildly looking for an empty space on the sidewalk of the road. We could secure a space for two to sit on, elbow to elbow with other people. Hoard of people were flooded the area, mostly were local. Many wore traditional colourful clothes. In less than an hour we heard traditional music played and chatter got louder. The festival started around 0220pm.

First group in line on the festival. 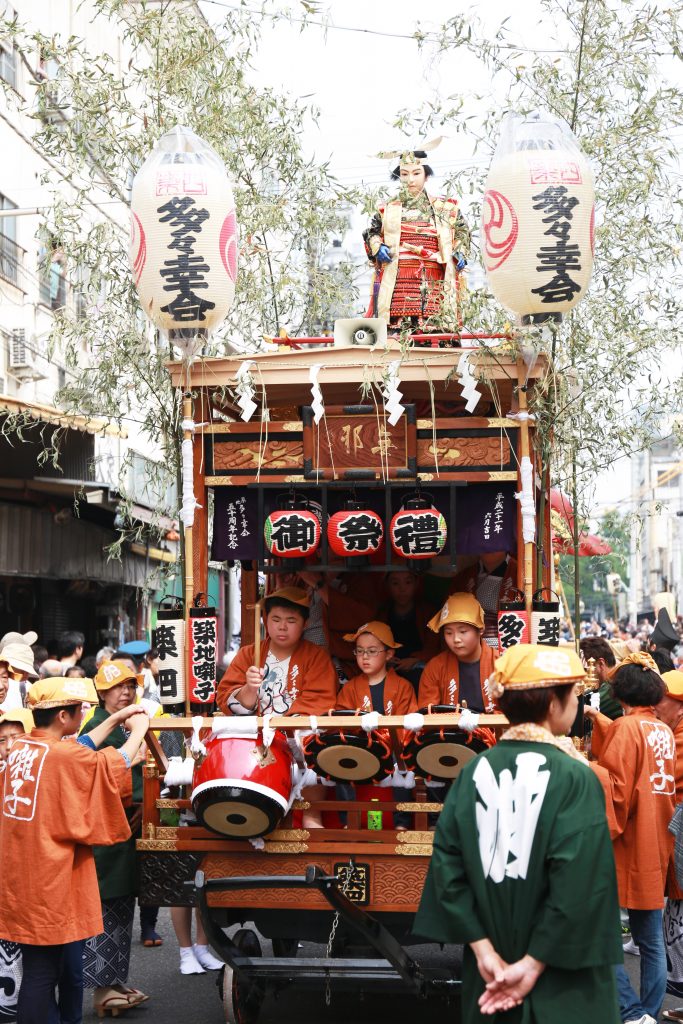 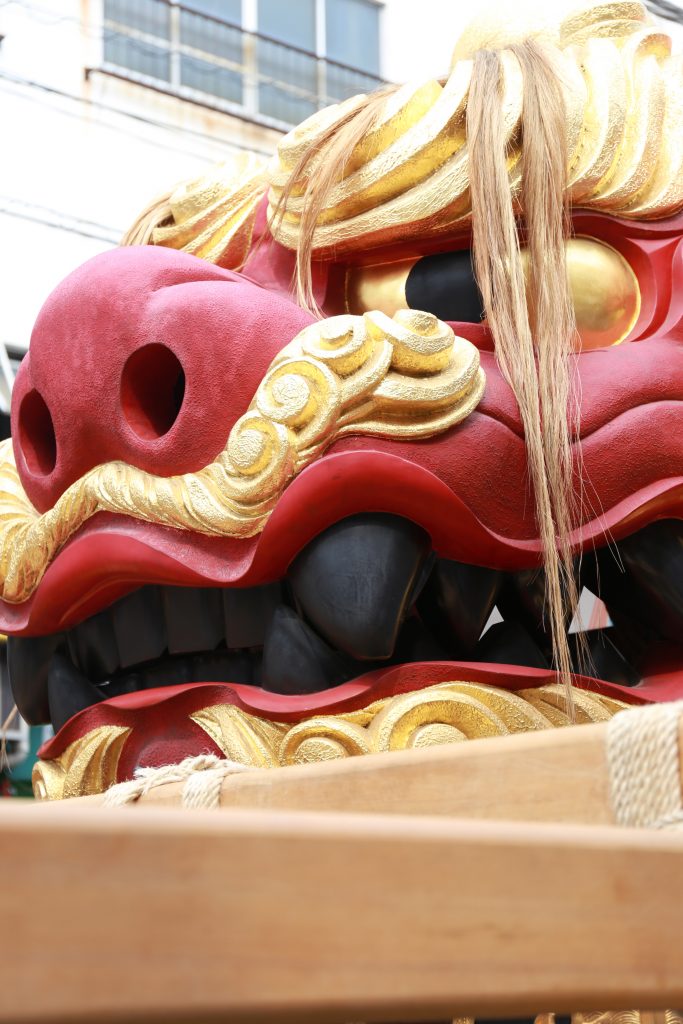 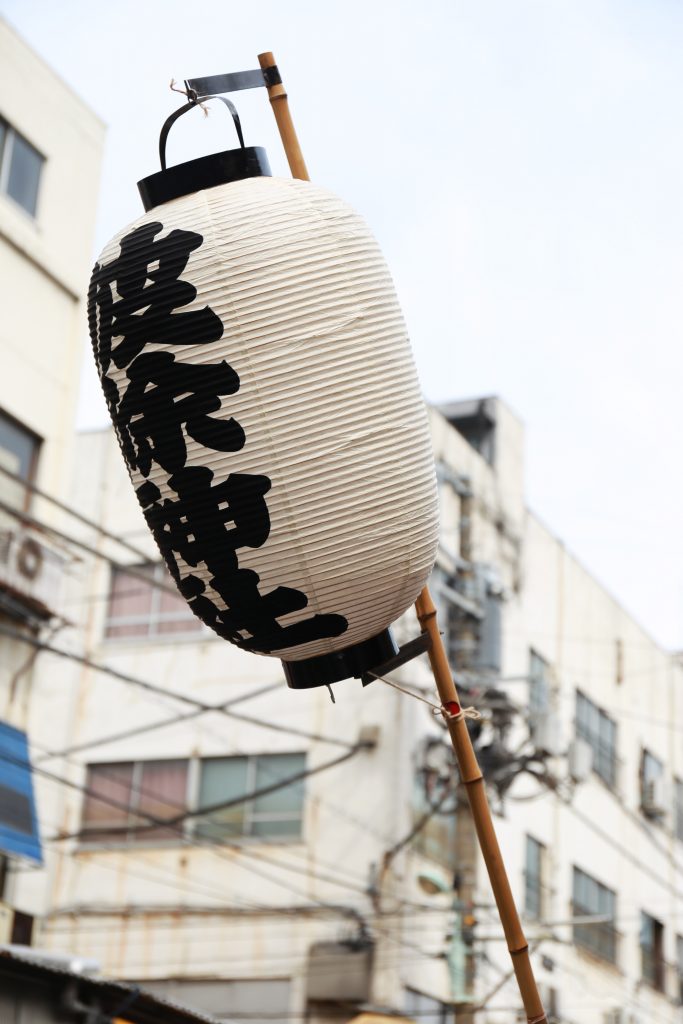 A moment of silent (pray) before the parade started. 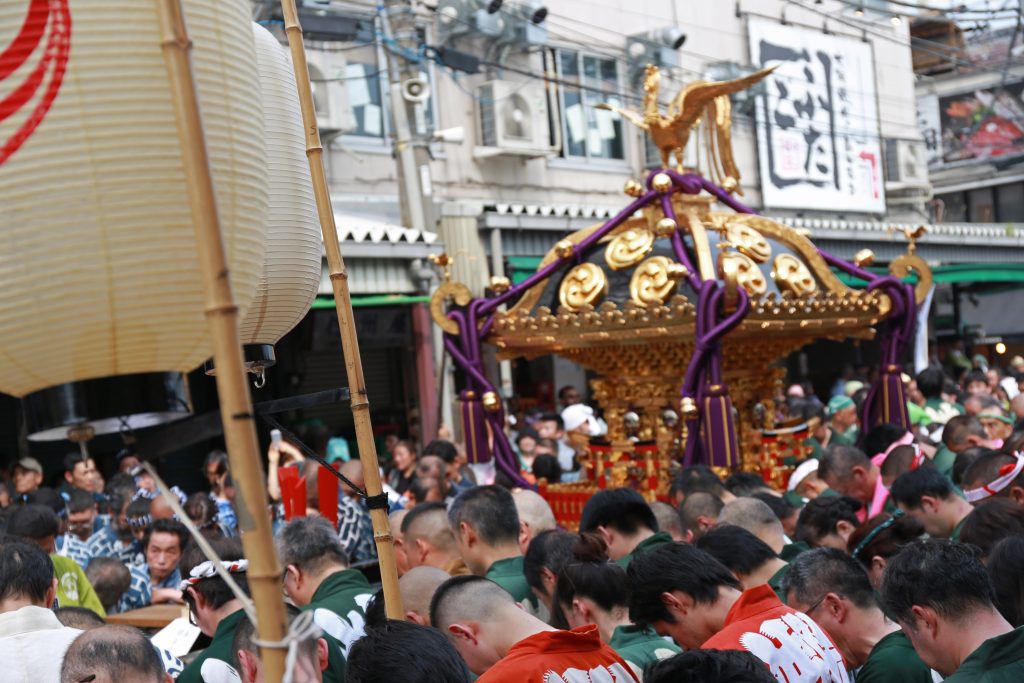 Group of people carrying a portable shrine. It looked so heavy judging from the number of people carrying it. The were times this group moved too close to and almost reached the sidewalk where we stood. The people wearing orange cloth were their fence and pushed the main group back to the center of the road. Keeping us, the curious spectacles, safe. It was a hard work for everyone involved in this festival. 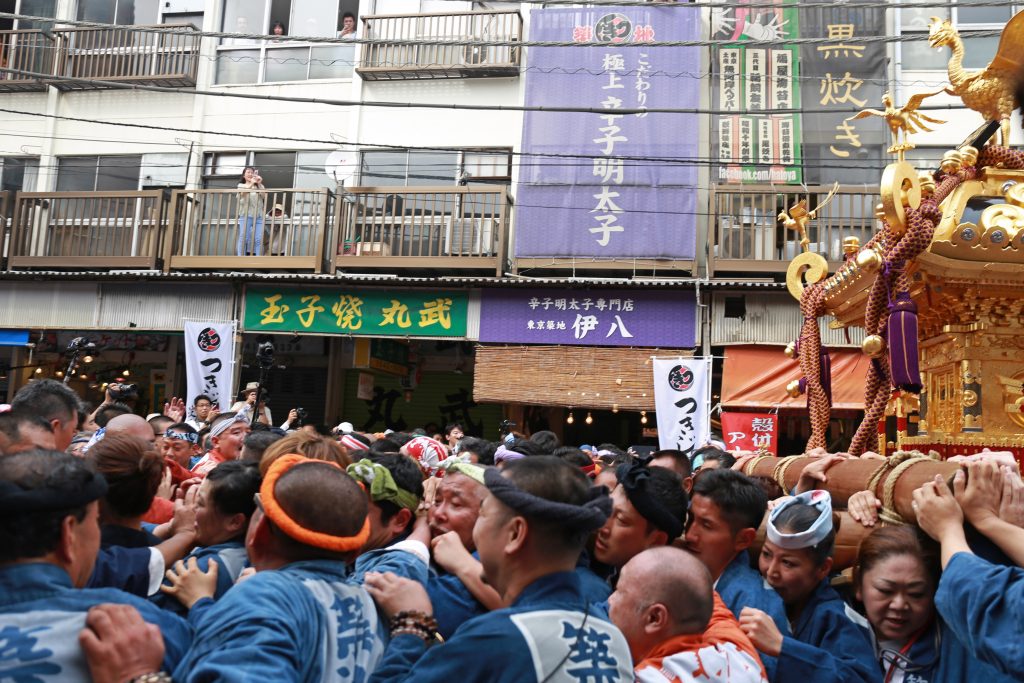 The top of portable shrine 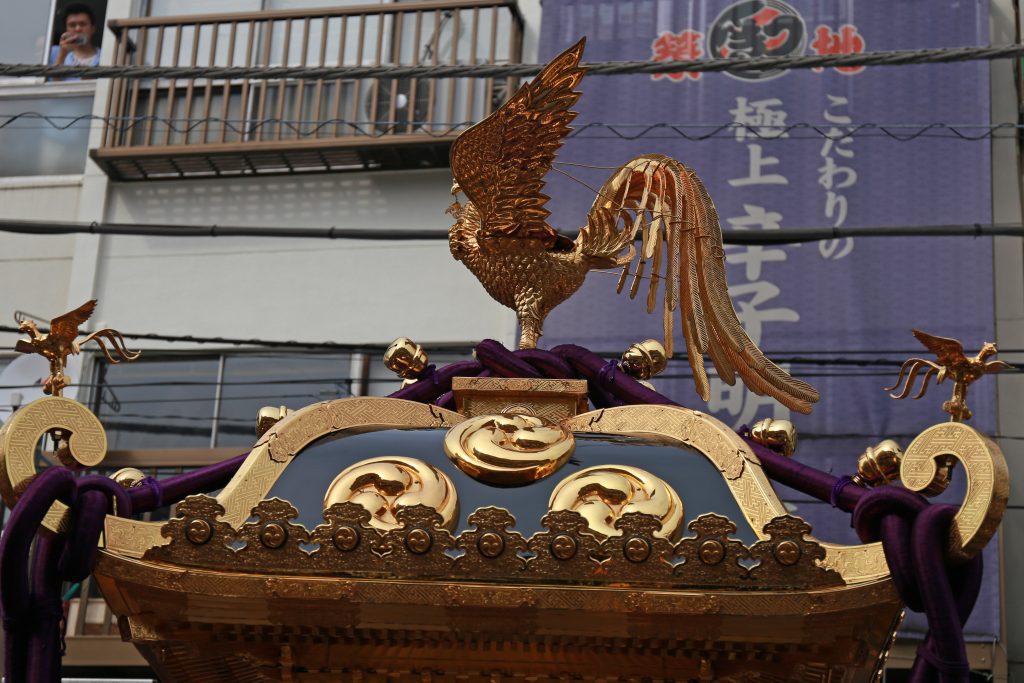 The parade continued to outer part of Tsukiji market. 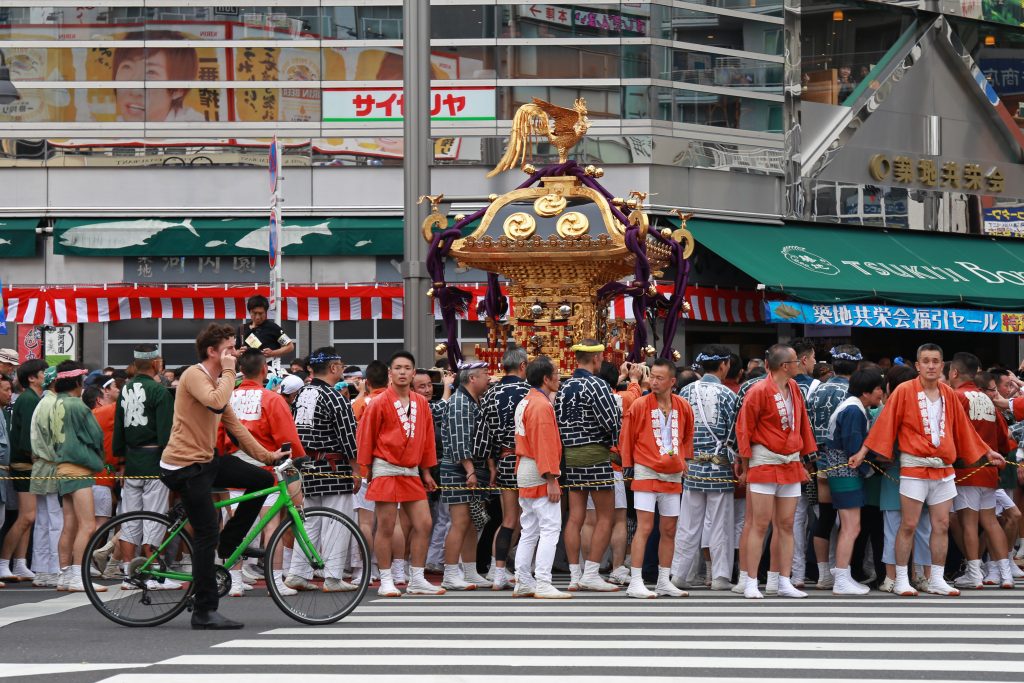 Even if the fish market will finally move to Toyosu in 2016, Namiyoke Inari shrine will remain in Tsukiji. The prayers will always be there to protect Tsukiji area from bad luck and disaster. As to the festival, I am as curious as you are all if there will be the same festival held in Tsukiji in the upcoming years.

Have you had a chance to see Tsukiji Lion Dance Festival? Did you like it?