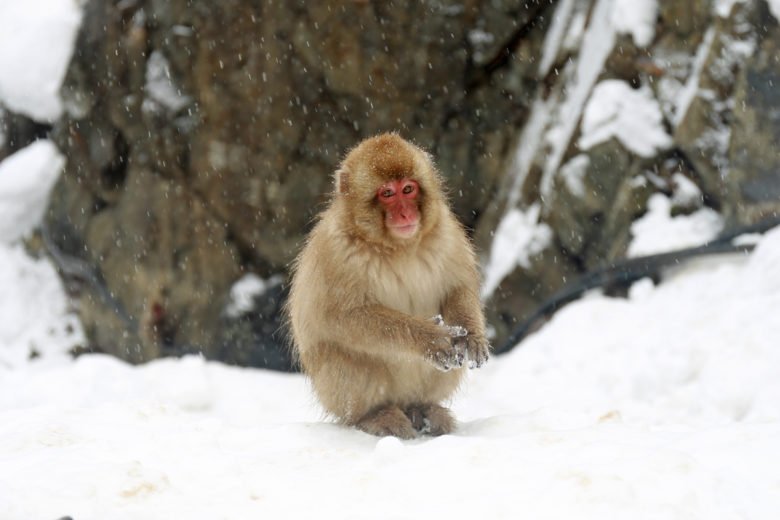 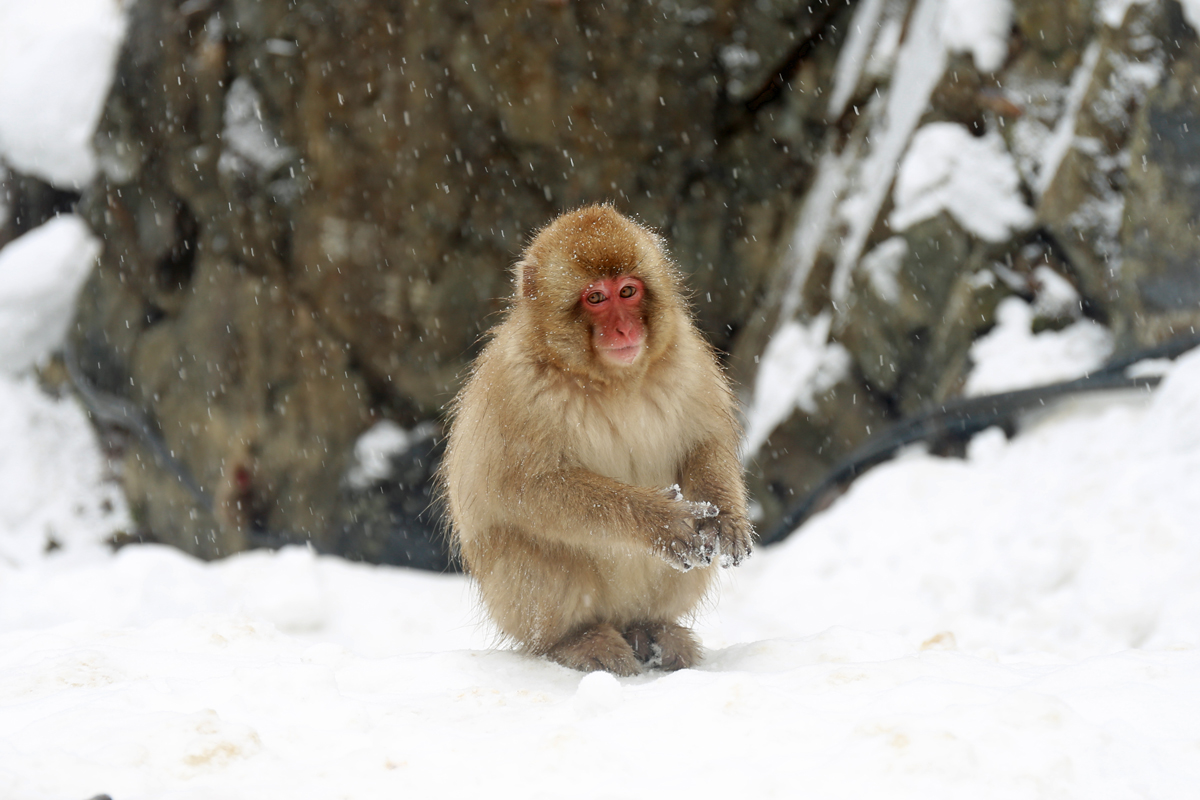 Japanese macaques live mostly in northern part of Japan where temperature is below freezing in winter. These macaques are known as snow monkeys. It’s often featured as one of Japan tourist attractions in winter. Jigokudani snow monkey Valley is one’s of Japan unique attraction from December to early March. By location, Nagano is not far and can be easily reached from Tokyo.

From spring to summer the snow monkeys live in the wood as a family or troop.  They know living together as troop is a matter of survival in fierce winter temperature. An alpha dominant male macaque leads the troop moving from one place to another. When winter starts, snow begins to pouring down, a troop of snow monkeys moves to the valley where the hot spring is. Keeping up in the troop is vital for survival. The snow monkeys stay close to each other to warm up themselves before reaching the hot spring. Then they soak and groom each other inside the hot spring. Grooming is very important for the snow monkeys. It is not only for meal but also a time to bond and hygiene purpose. It is said snow monkeys start flocking in the onsen in December when the temperature below 10C. 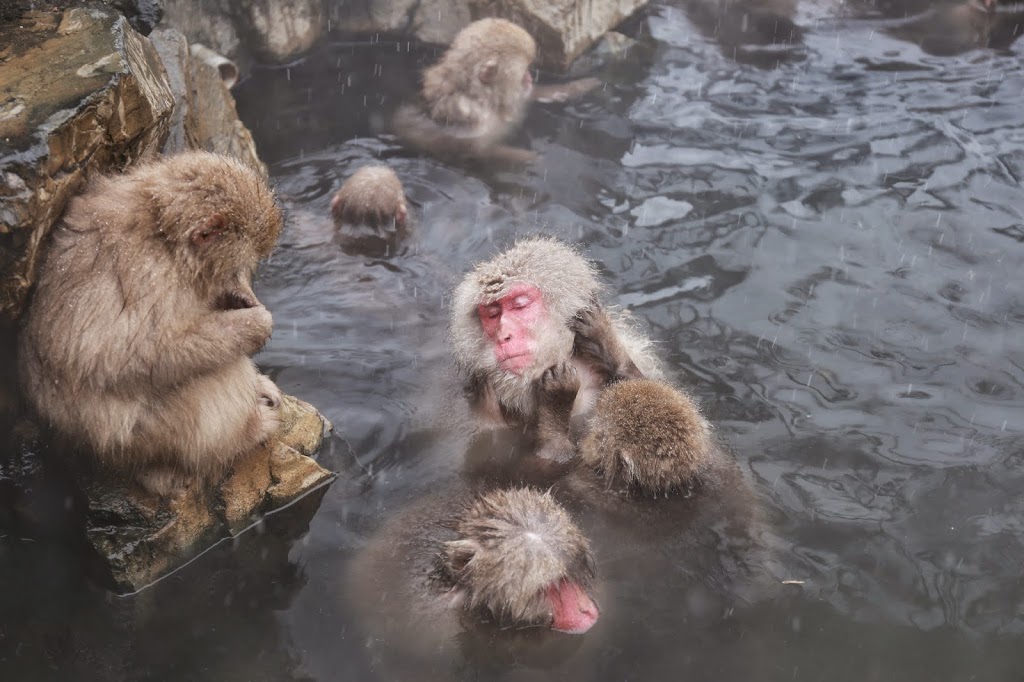 Winter means a time to bond and groom each other. Only female and baby macaques are allowed to enter the onsen (hot spring). The males are watching the female and their baby bathing inside the onsen. 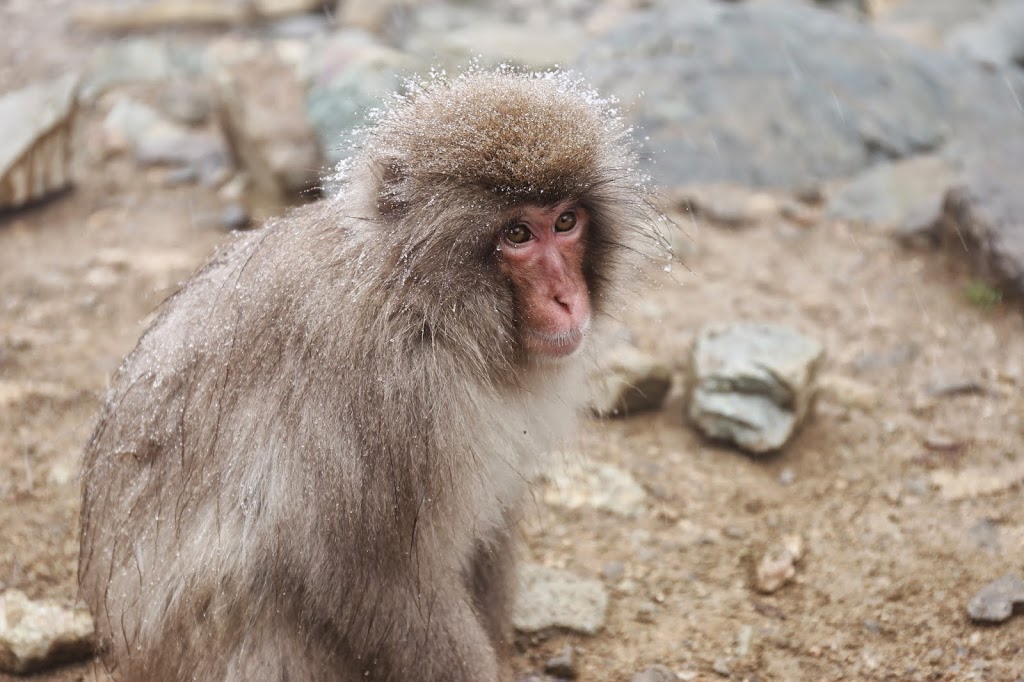 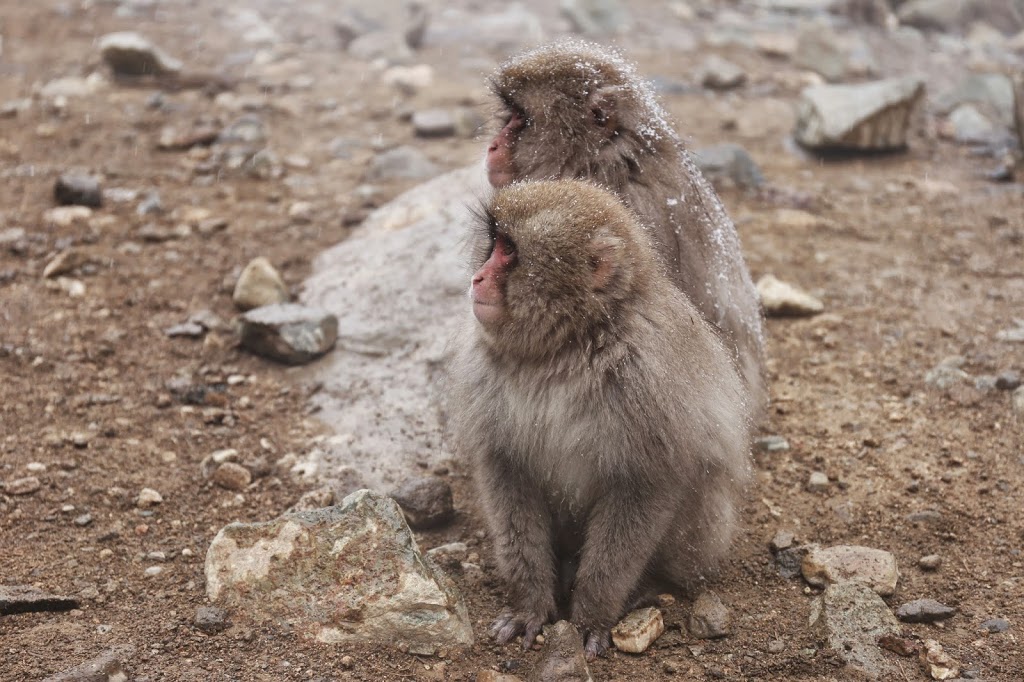 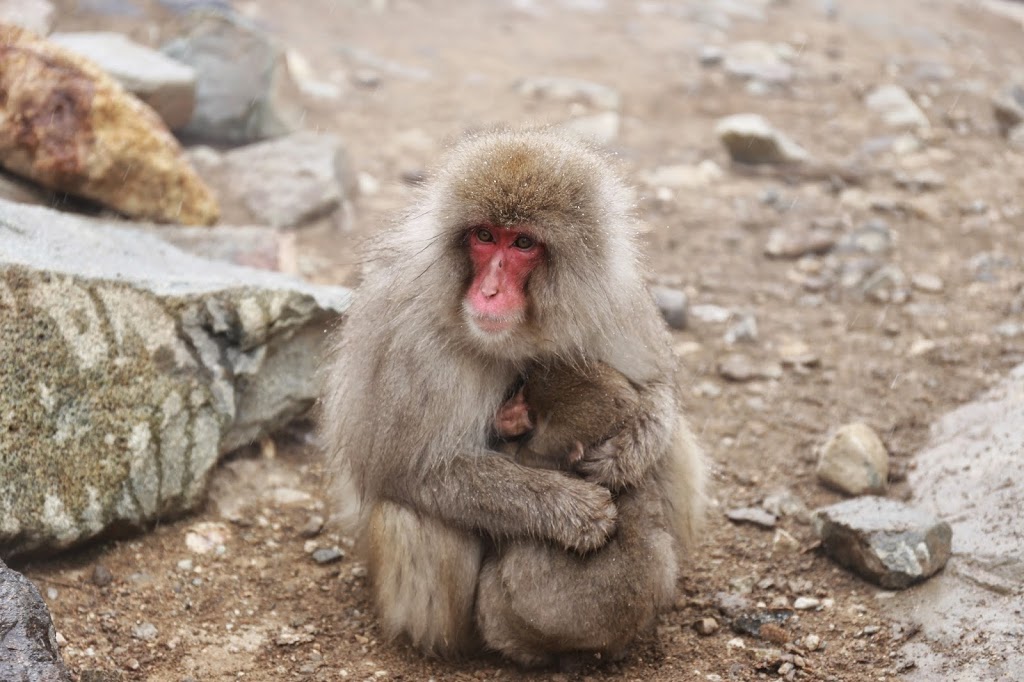 The surrounding area of the onsen is a playing ground for juvenile monkeys. Like this baby monkey was holding the pipe and sliding down from the top of the ground then try to bite it. 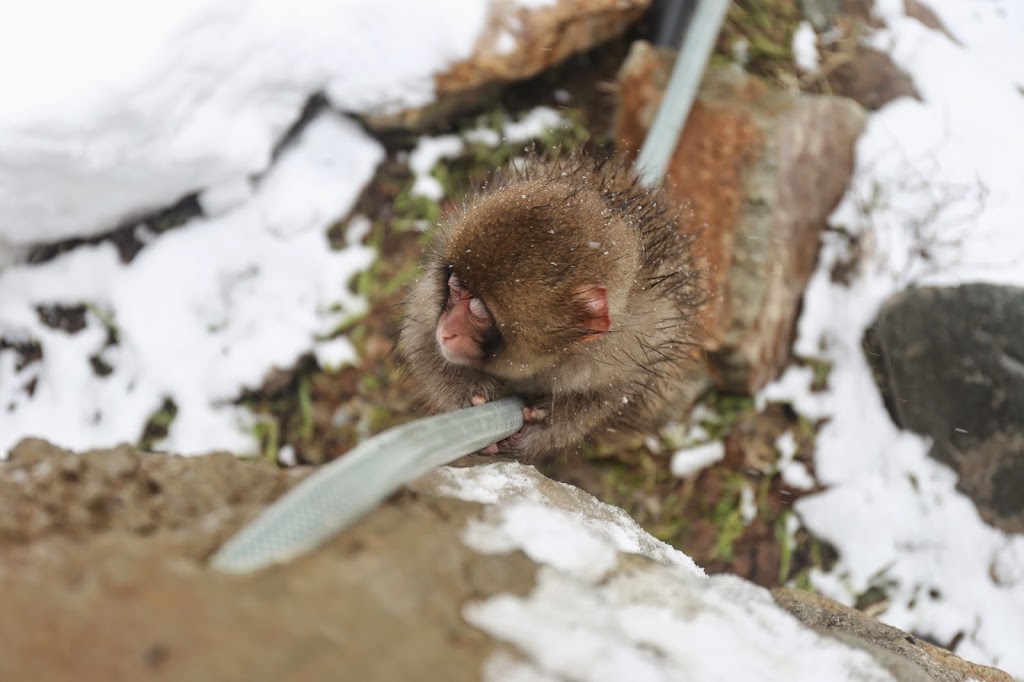 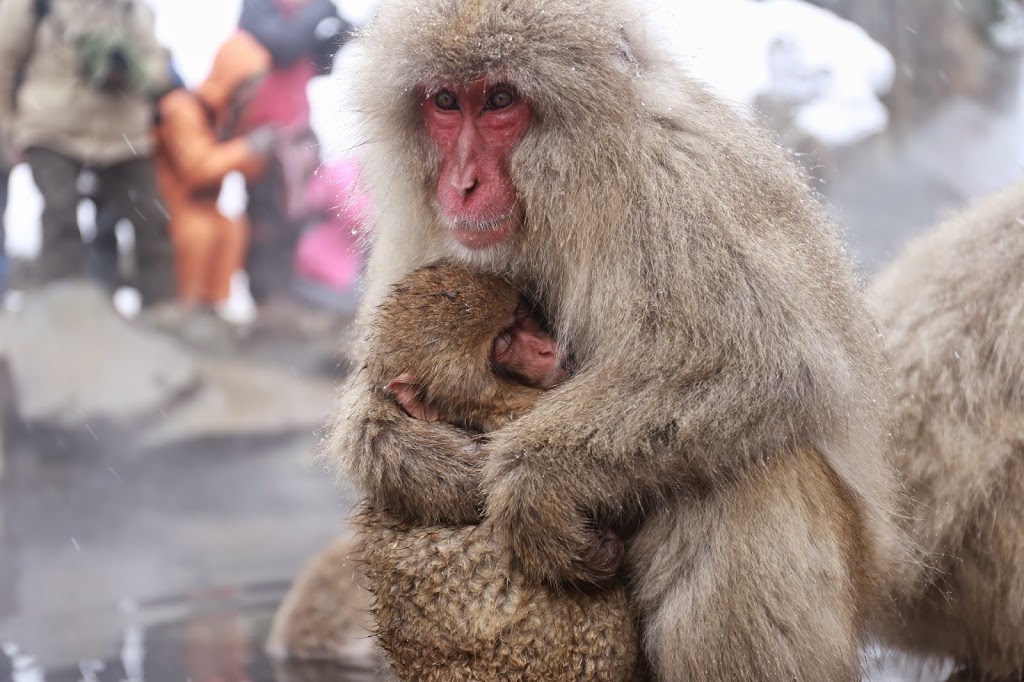 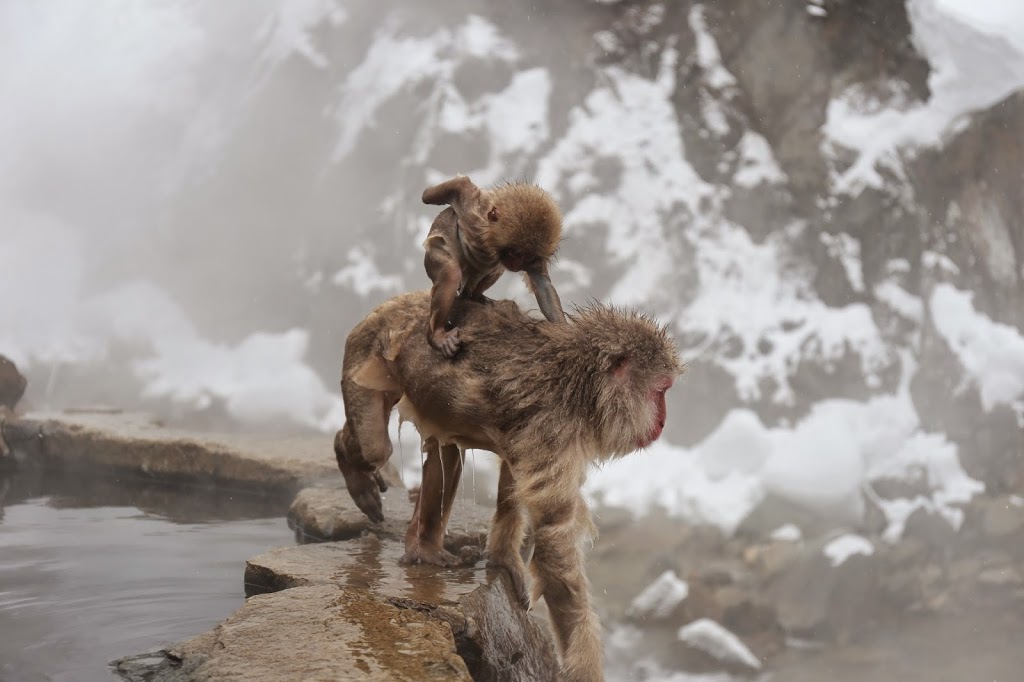 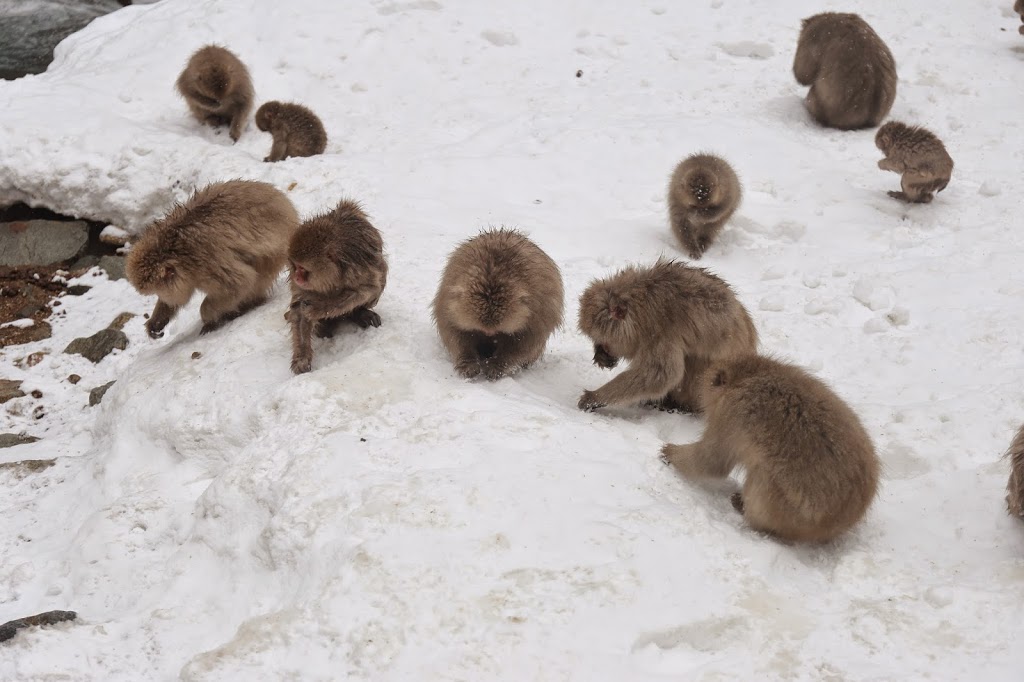 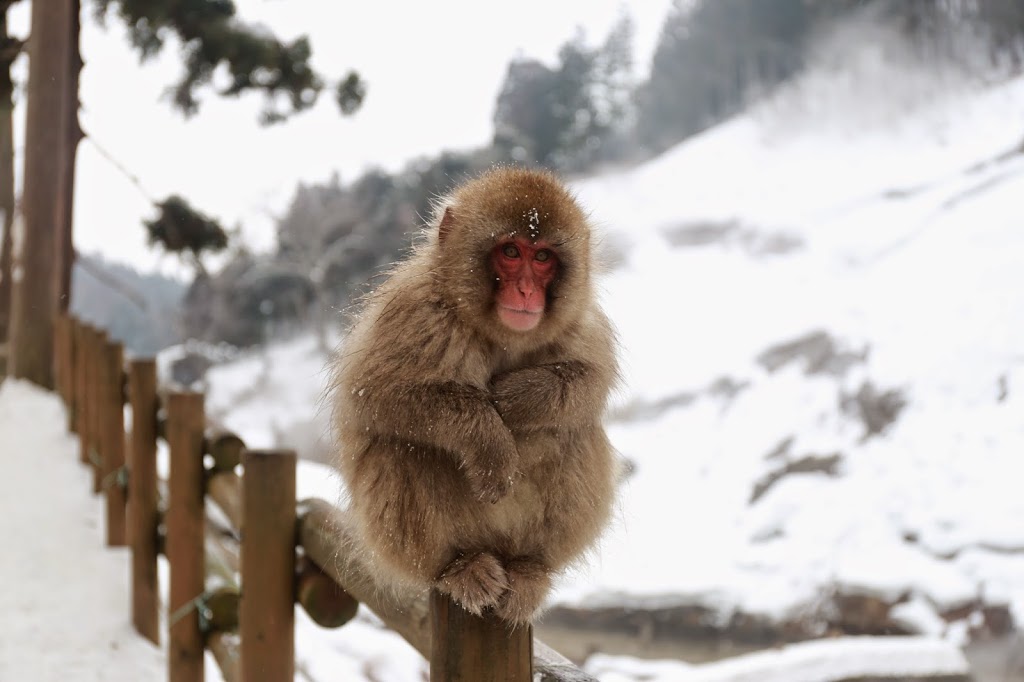 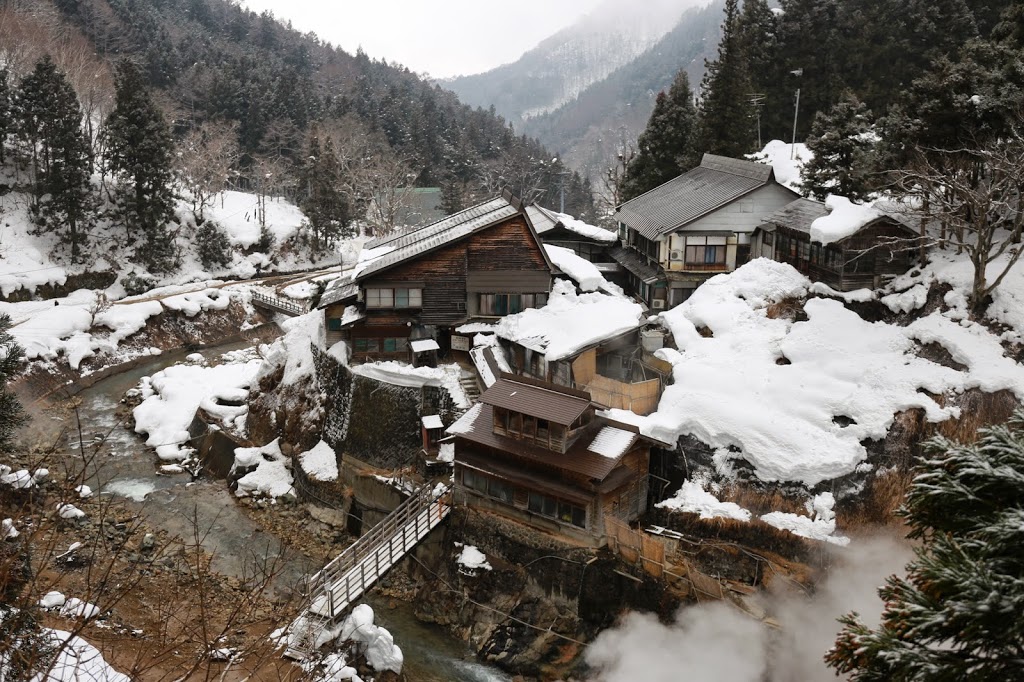 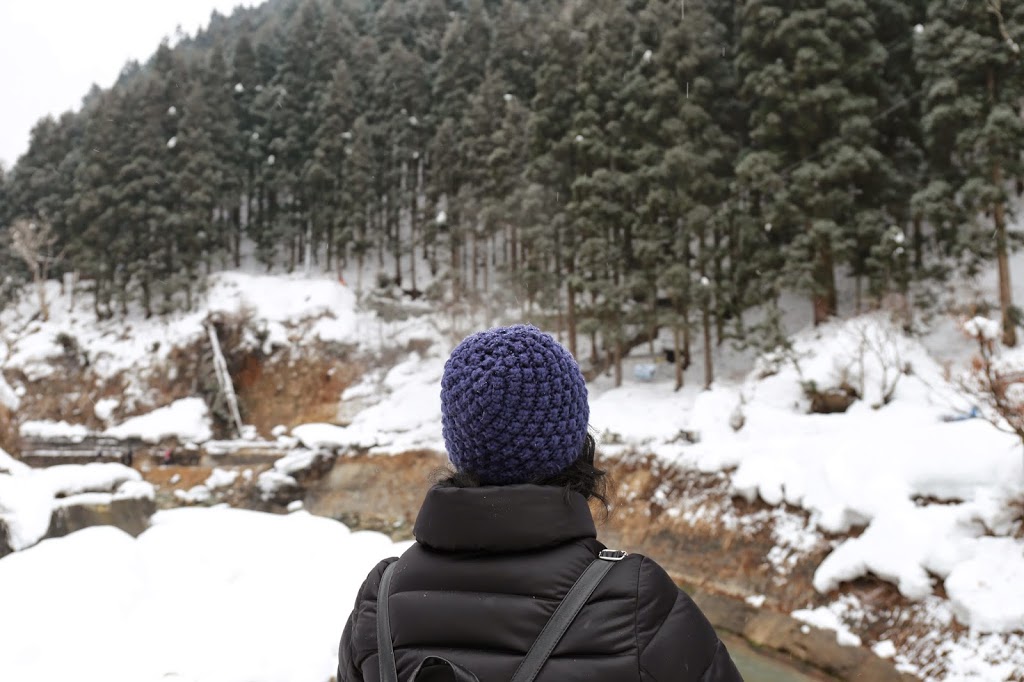 Here are some tips for Jigokudani monkey park: