Trail of Wisteria at Ashikaga Park 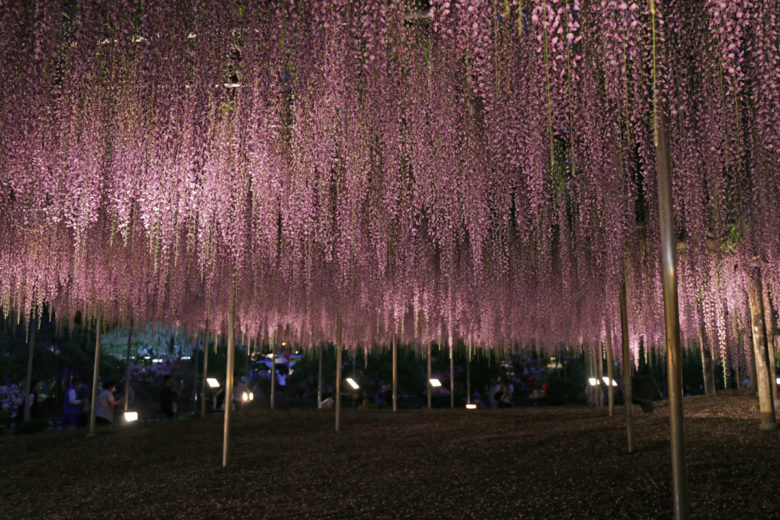 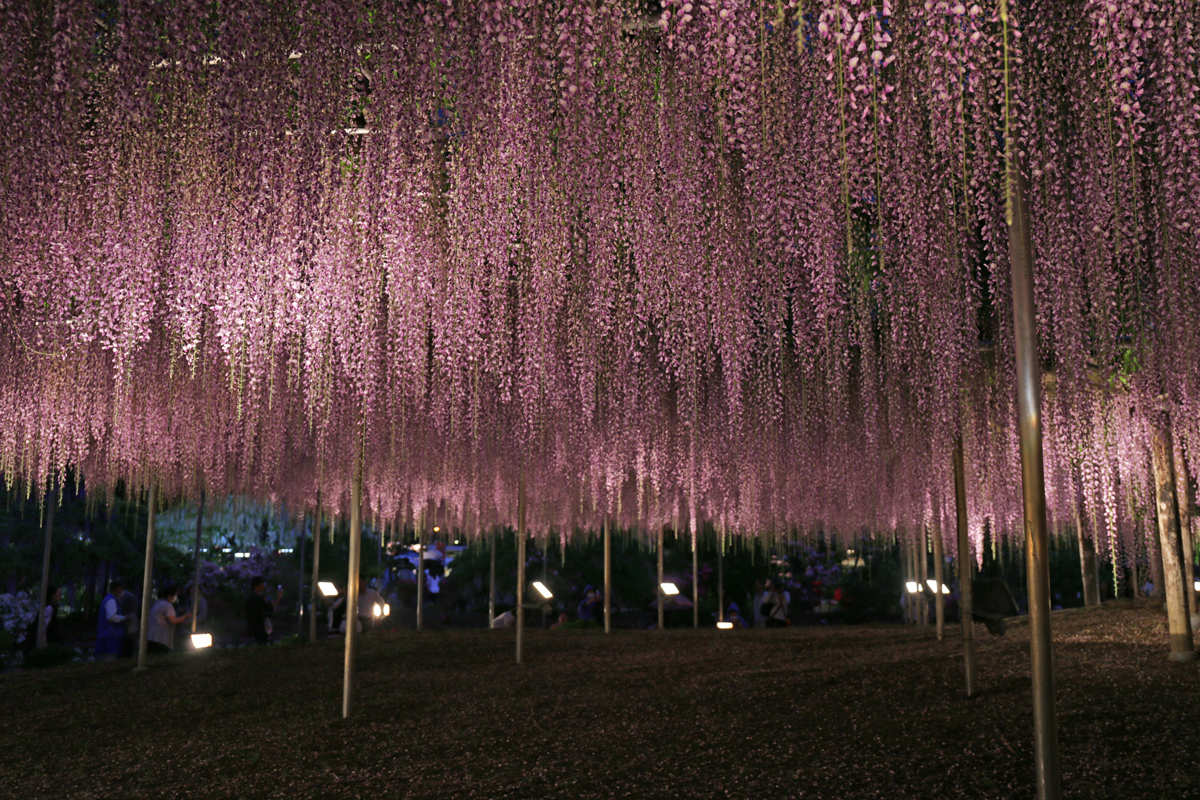 Wisteria or “Fuji” as the local calls blooms mid April to mid May. There are quite number of Wisteria parks in Japan. Famous one is in Kita-kyushu, Fukuoka Perfecture.  We didn’t go to this place and chose the nearest ones to Tokyo instead. People will go to Kameido Tenjin Shrine in Tokyo to see wisteria or Ashikaga Park, two to four hours by train. We went to Kameido Tenjin Shrine but wisteria were already dying there. So, we decided to go to Ashikaga Park on first week of May.

We took shinkansen late afternoon and traveled for less than two hours to reach Ashikaga shi station. Ticket price is ¥4,000 for one way. There was not any shuttle bus from the station to the park. So we had to walk for 15minutes. No sign of where the park is. The best way to go was just follow the crowd or simply ask “Ashikaga Park doko desu ka?” You don’t need to have an advance Japanese, just look where his/her hand pointing at then say “arigato gozaimasu”. Then you are good to go. Entrance fee is ¥400 for adult. It was very crowded after the entrance gate because of souvenir shops. We were not interested in buying anything in any of the shops.

The scent of wisteria greeted us as soon as we walked inside the park, while our eyes admiring the landscape. This is a gorgeous park indeed. The right place we really wanted to be after a long and tiring week. Wisteria scent was powerful enough to kick out the tiring soul out of our body and rejuvenating our mind. We immediately forgot how far this place was from our apartment. All we wanted was just to stay here in the park admiring the beautiful scenery and spoiling our lung with mother nature air freshener. 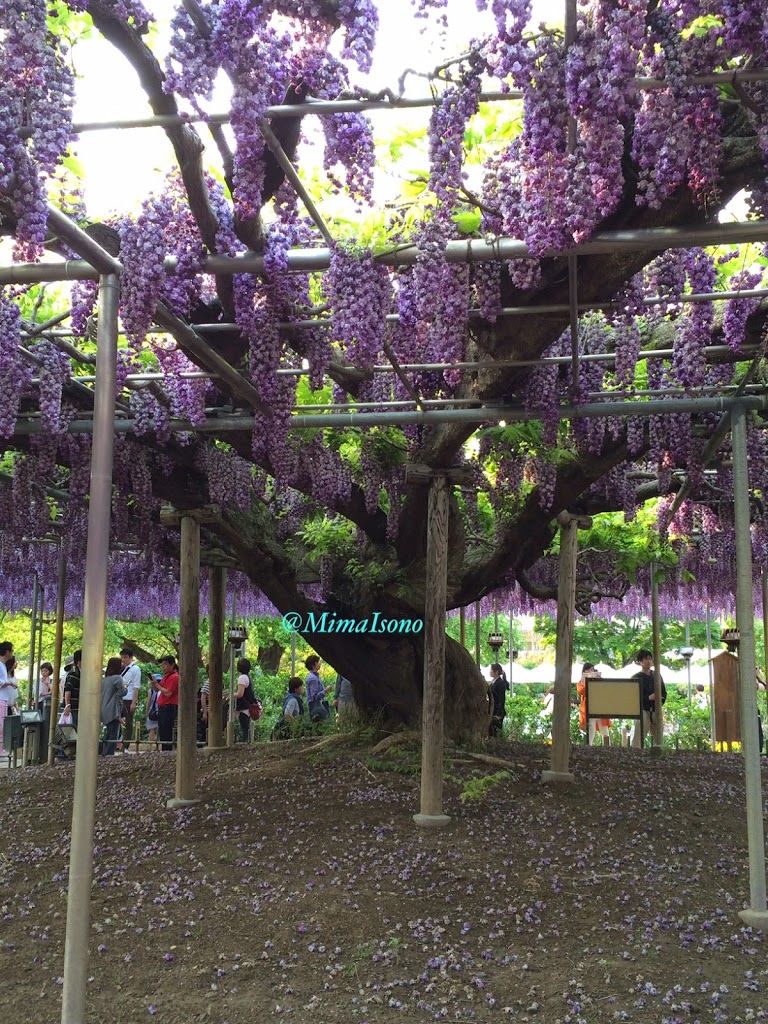 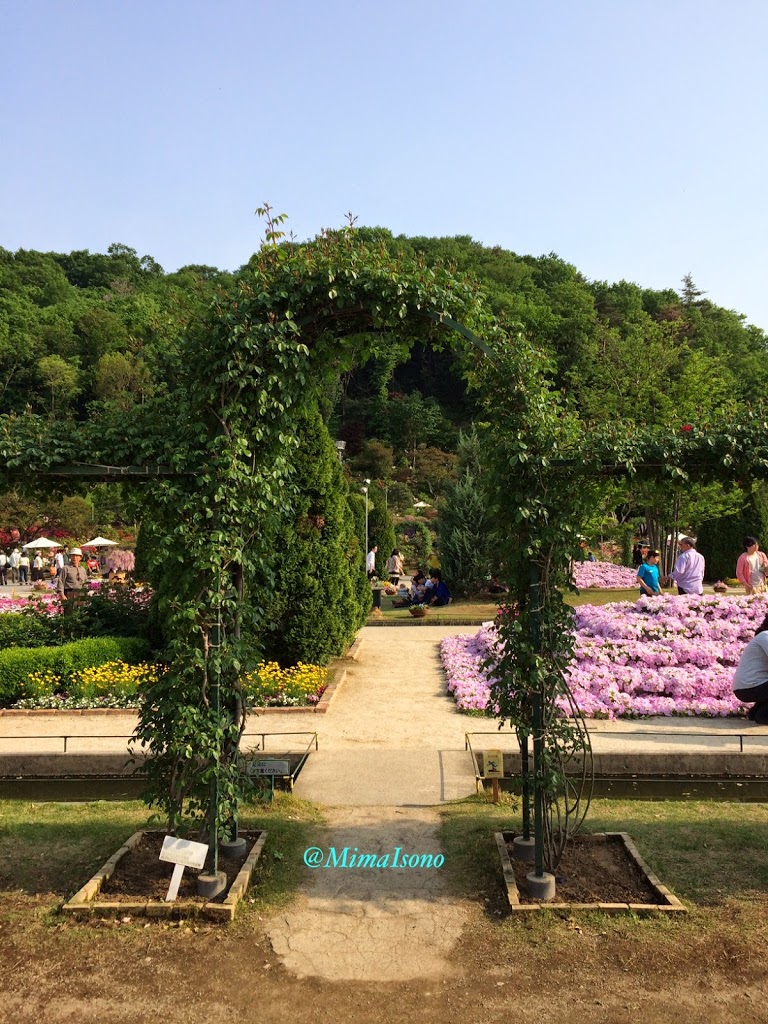 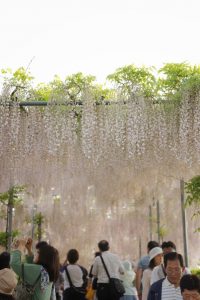 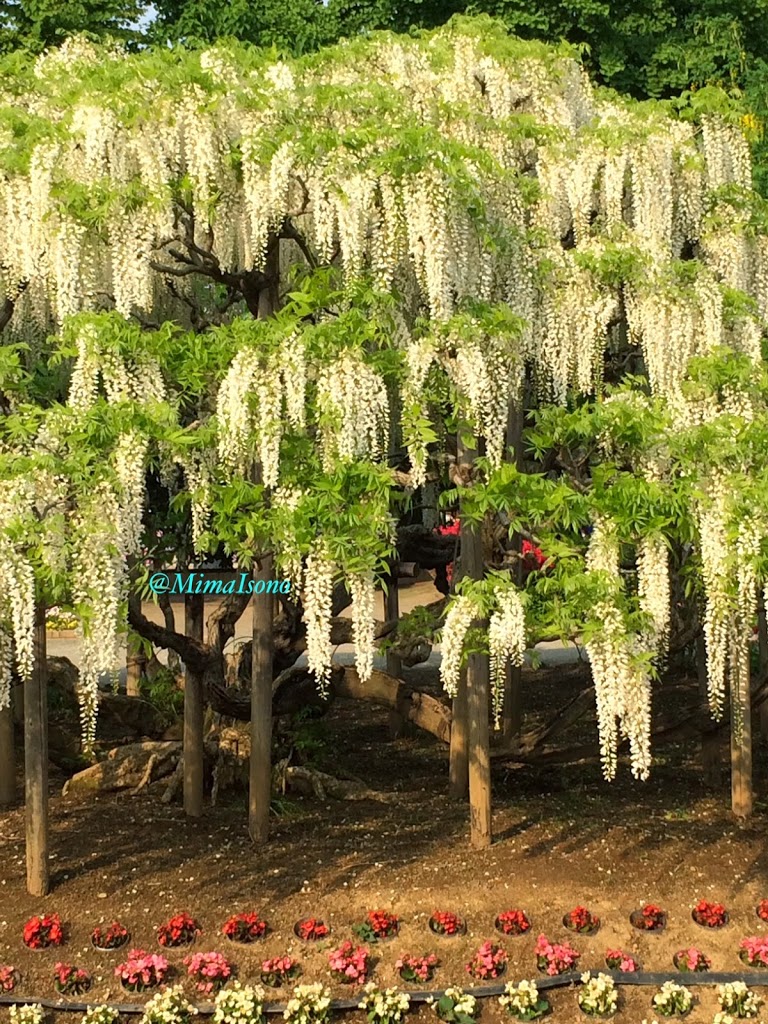 Tunnels of blue (or violet) wisteria are admiring the most by many of the visitors and flowers best friends: bees. Blue wisteria tunnel is located not very far away from the entrance section. We couldn’t enter anywhere near the tree but still could take picture from outside the fence. 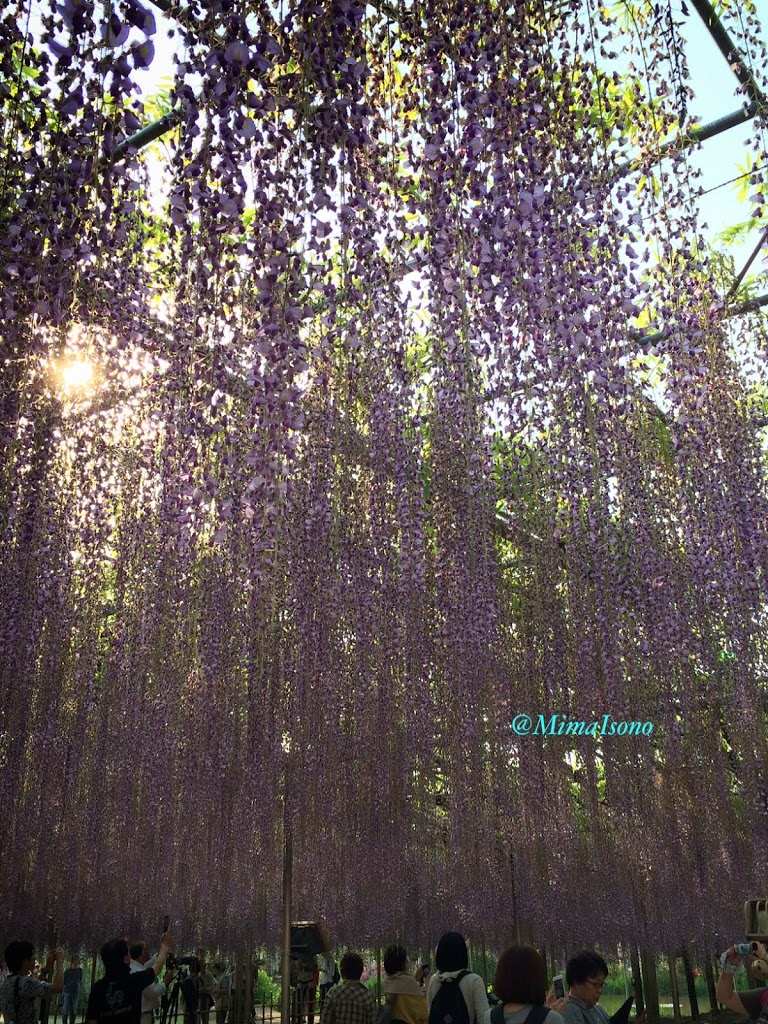 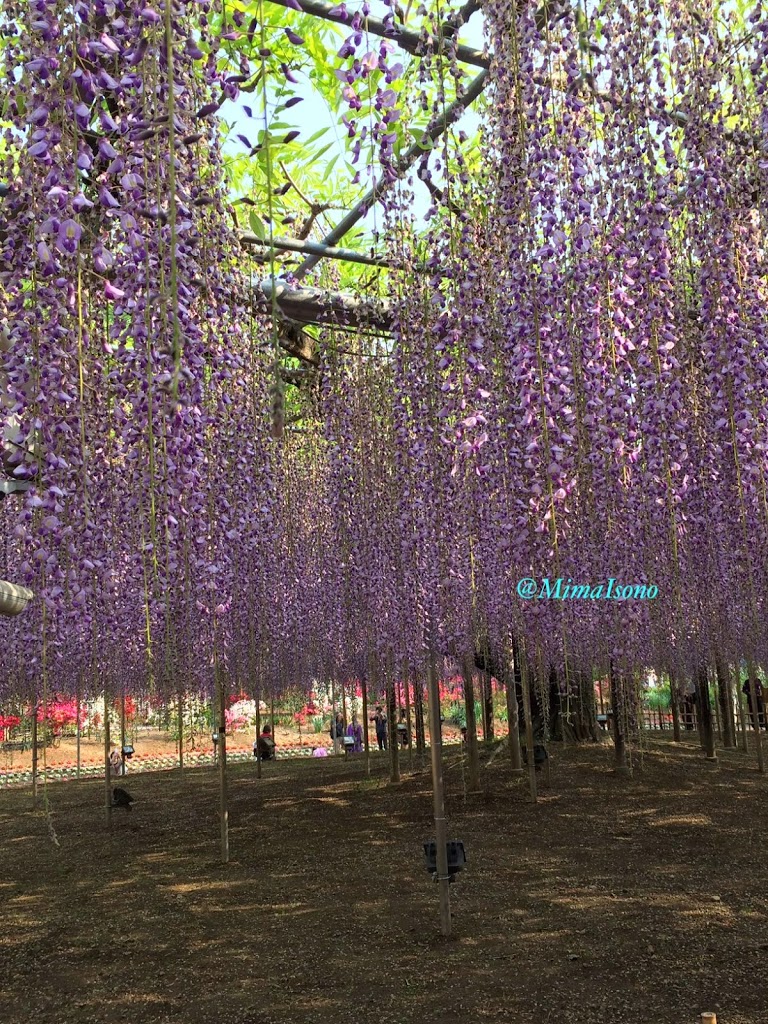 Giant double-petalled wisteria has the strongest smell amongst all. It reminds me of lavender, I even thought it was a century giant old lavender (everybody has the child inside so is my mind). I like this wisteria more than any other type of wisterias for the scent, smell and not easy to find. Hubby found the smell is just too strong. 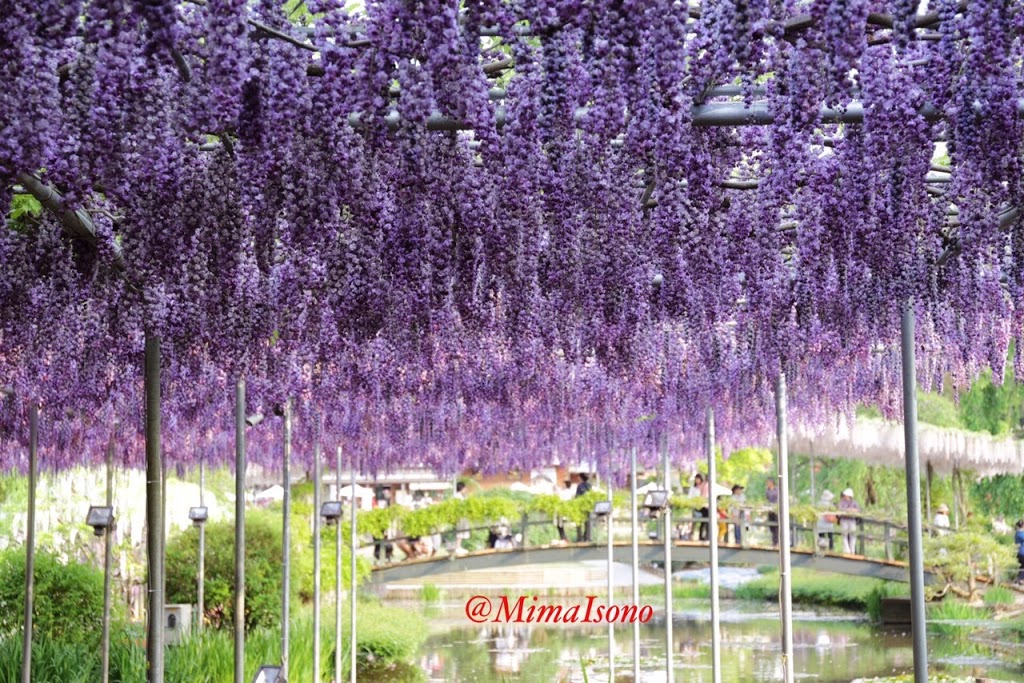 Yellow wisteria is equally beautiful. I prefer usual white and blue than this yellow wisteria. It has no scent at all. 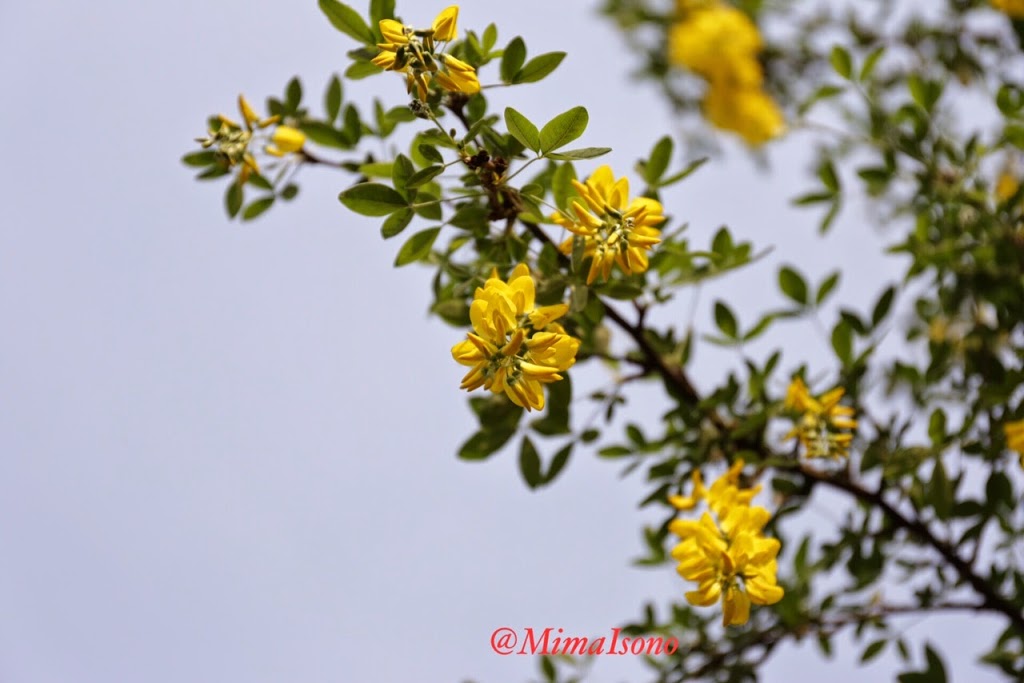 We were particularly interested looking at a very long queue at one of the food stall. It turned out people queued for “wisteria ice cream”. So we joined the crowd, in less than 1min we got our ice cream. It’s soft, floral and easily melted. I liked it and could go for another one or two if had another mood to queue. 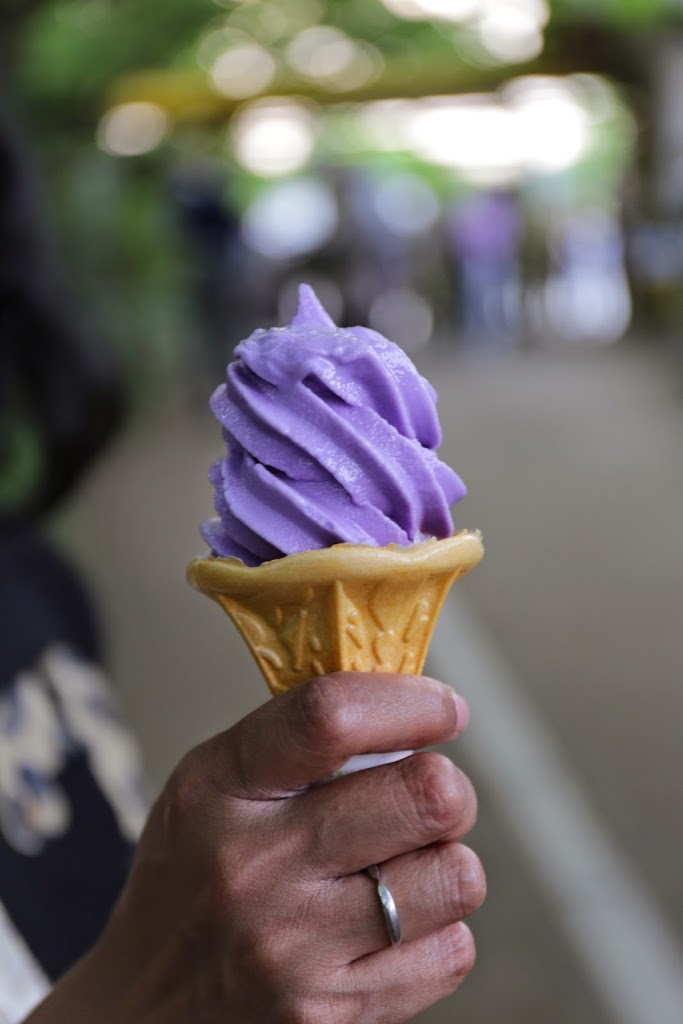 Best part of the park is the light highlighting all wisteria. Professional photographers had taken the best spots since an hour or even more before the light was on. 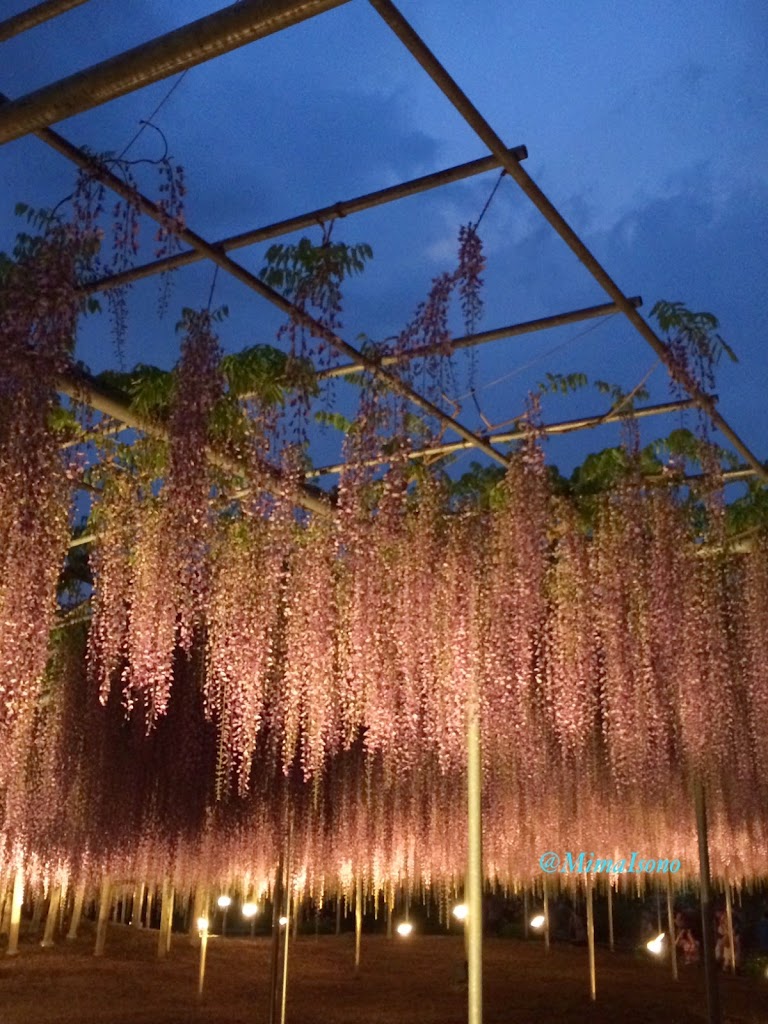 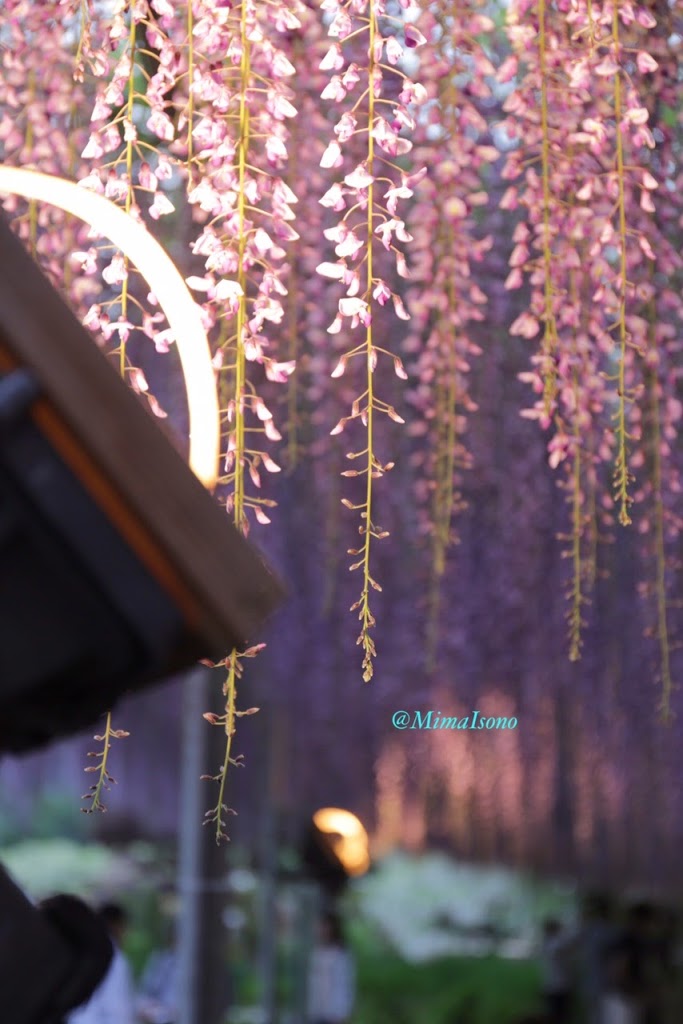 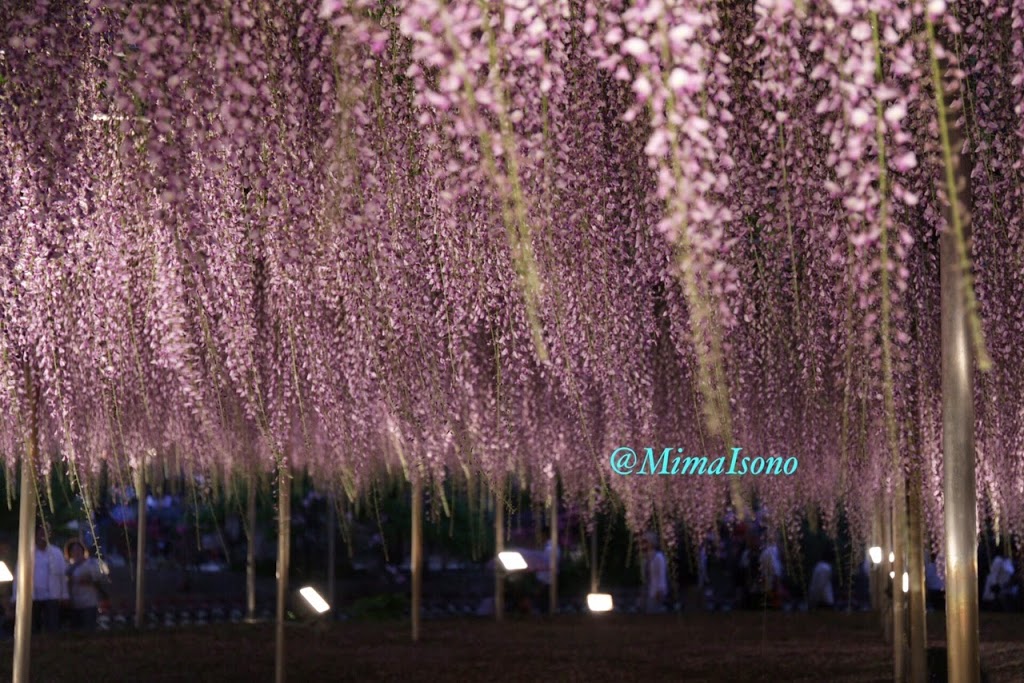 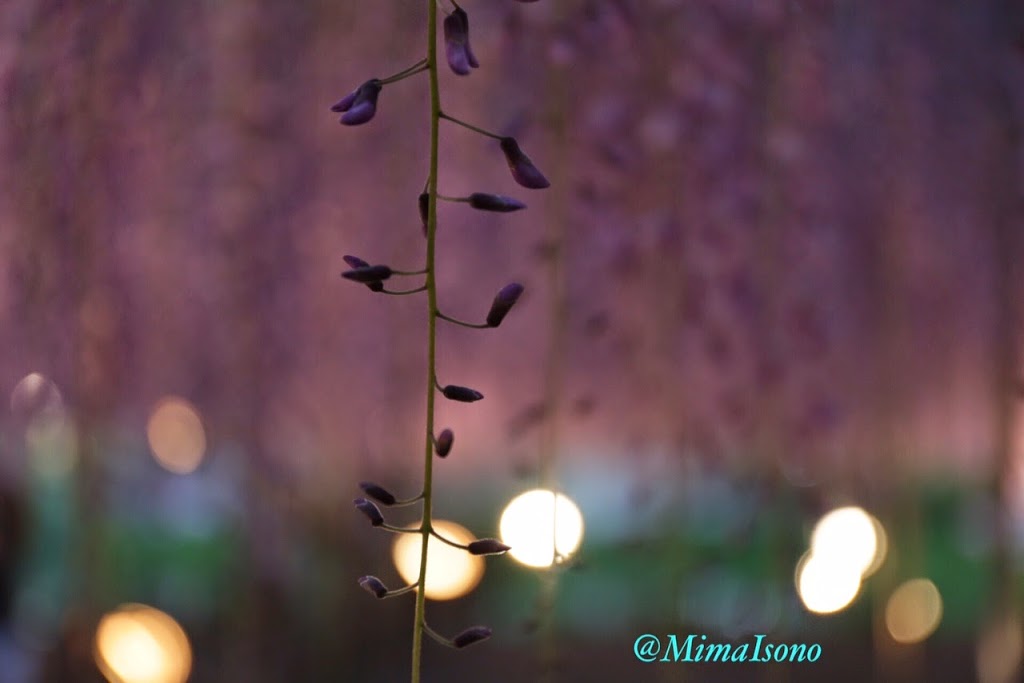 It really worth traveling to this park. It’s so beautiful and capture our heart. Whenever wisteria word comes up, we always remember Ashikaga park. One should not leave Tokyo without visiting this park during wisteria season.