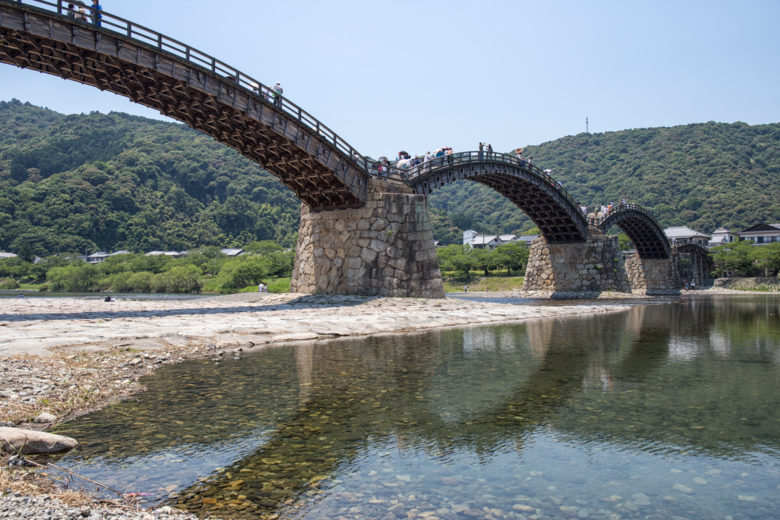 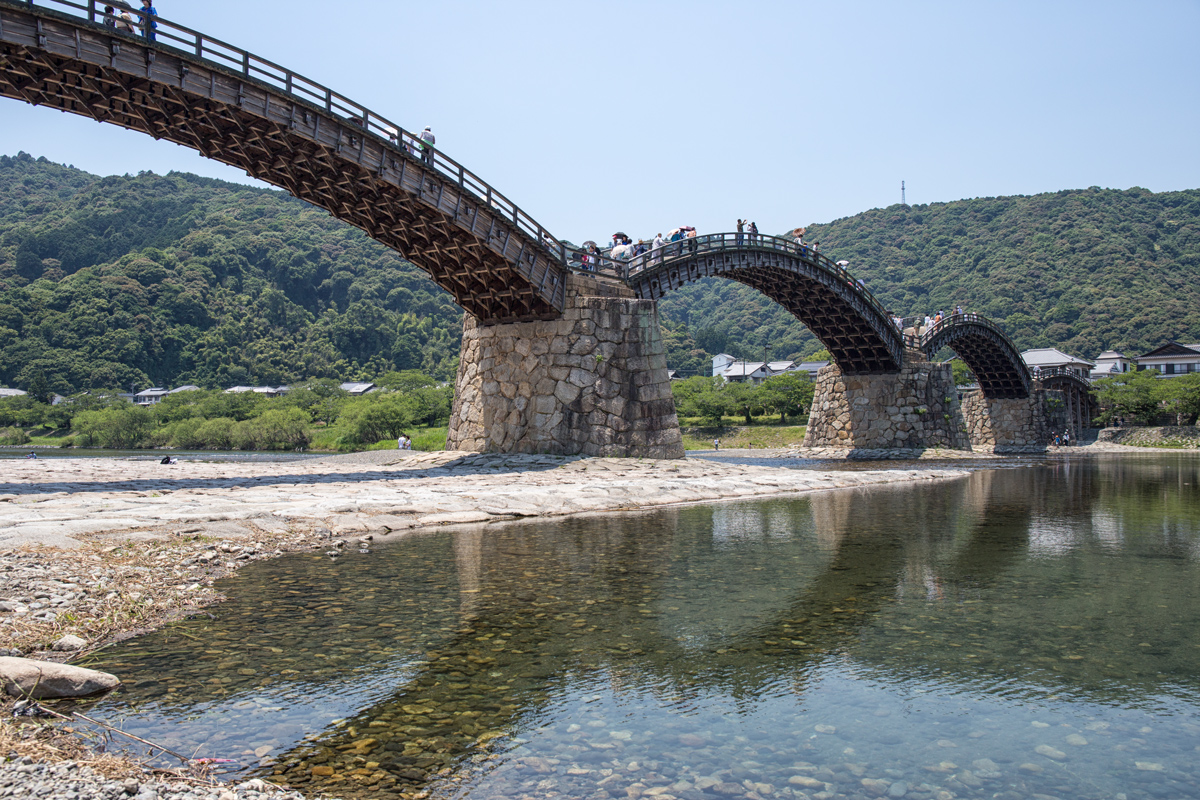 We visited Kintai kyo Bridge / Kintai Bridge while staying in Hiroshima recently. Geographically, Kintai Bridge is not part of Hiroshima Prefecture. It is located in Yamaguchi Prefecture. Luckily, Yamaguchi bordering with Hiroshima which makes it a perfect trip to take while staying in Hiroshima city. For photography enthusiasts, Kintai Bridge is a spot not to be missed. The bridge has been featured in many of Japan’s travel magazines. It’s only recently the bridge’s popularity starts soaring in international travelling community.

Visiting Kintai kyo bridge has been in our bucket list since the first time we watched the review of the bridge in local TV programme. Then the pictures started appearing in many Japanese Instagram’s feed. It was such a relief to finally checked our bucket list before leaving Japan. 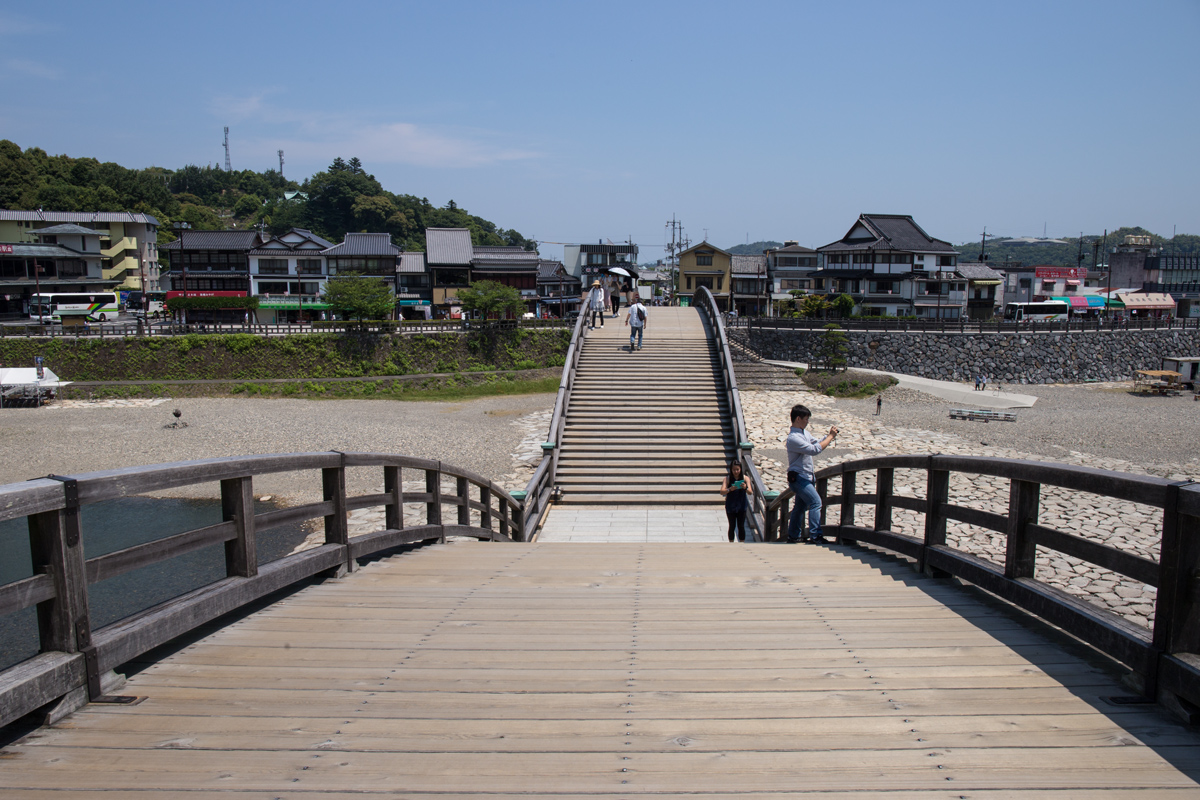 The Kintai kyo Bridge is located one hour away from Hiroshima city. The bridge can be easily reached by around 50 minutes train ride from Hiroshima then another 15 minutes bus ride.

Is it worth visiting Kintai-kyo bridge? If you happen to be in Hiroshima, I would strongly recommend to visit this bridge. It’s Japan’s most advanced bridge in its time. It’s a well known spot for Japanese. The famous Iwakuni castle can also be seen from the bridge. A trip to Iwakuni castle is also worth taking for those who have ample time to explore the area. 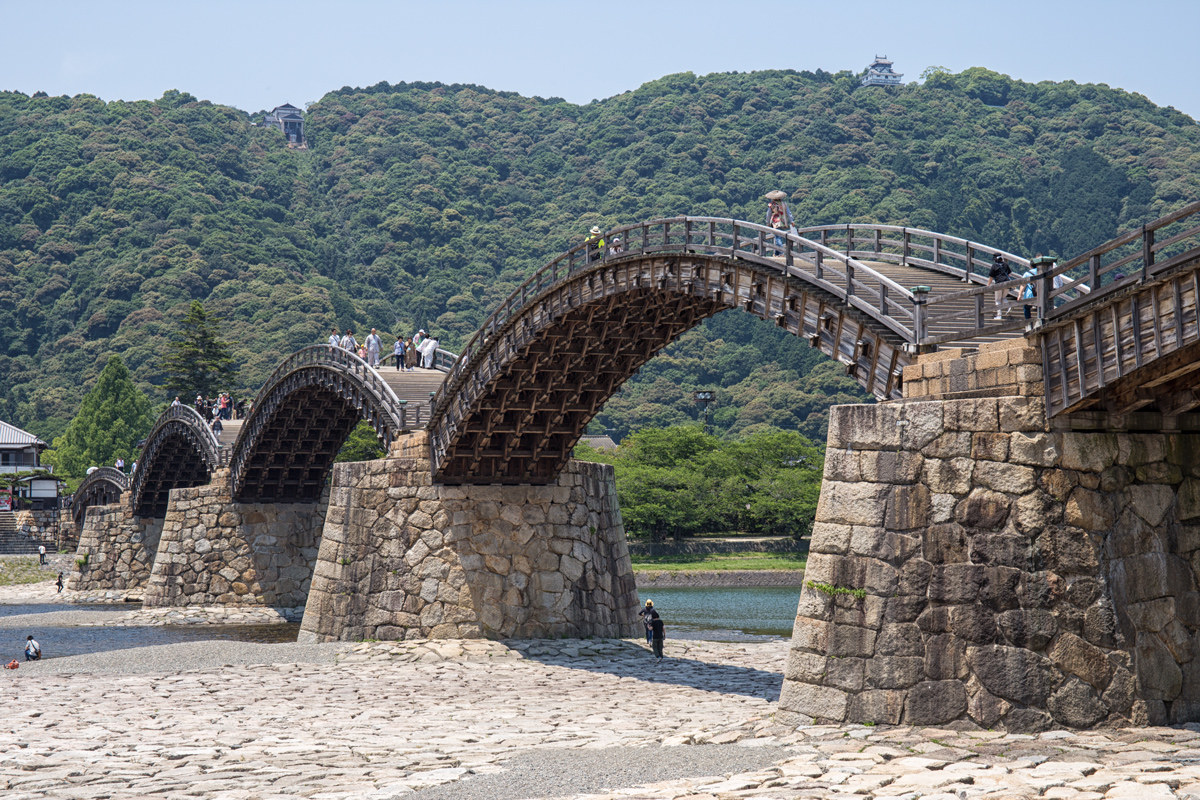 What makes Kintai Bridge special is its design, unique shape and of course the history behind the bridge. It’s not just any bridge. The history records Kintai Bridge was first constructed in 17 century using the best quality woods so it would stand river’s strong current and flood. The nature decided otherwise, the strong currents from the flood easily washed away the bridge. One year after its construction the bridge was ruined by the flood then government reconstructed the bridge with a lot of improvement on the materials and design. It is said because of the design, the bridge could last for another two hundreds seventy six years after the reconstruction. In 1950s, typhoon and flood washed away the bridge. Some resources however mentioned that it was because of World War II the government could not do proper maintenance of the bridge, which caused the bridge easily ruined by natural disaster. 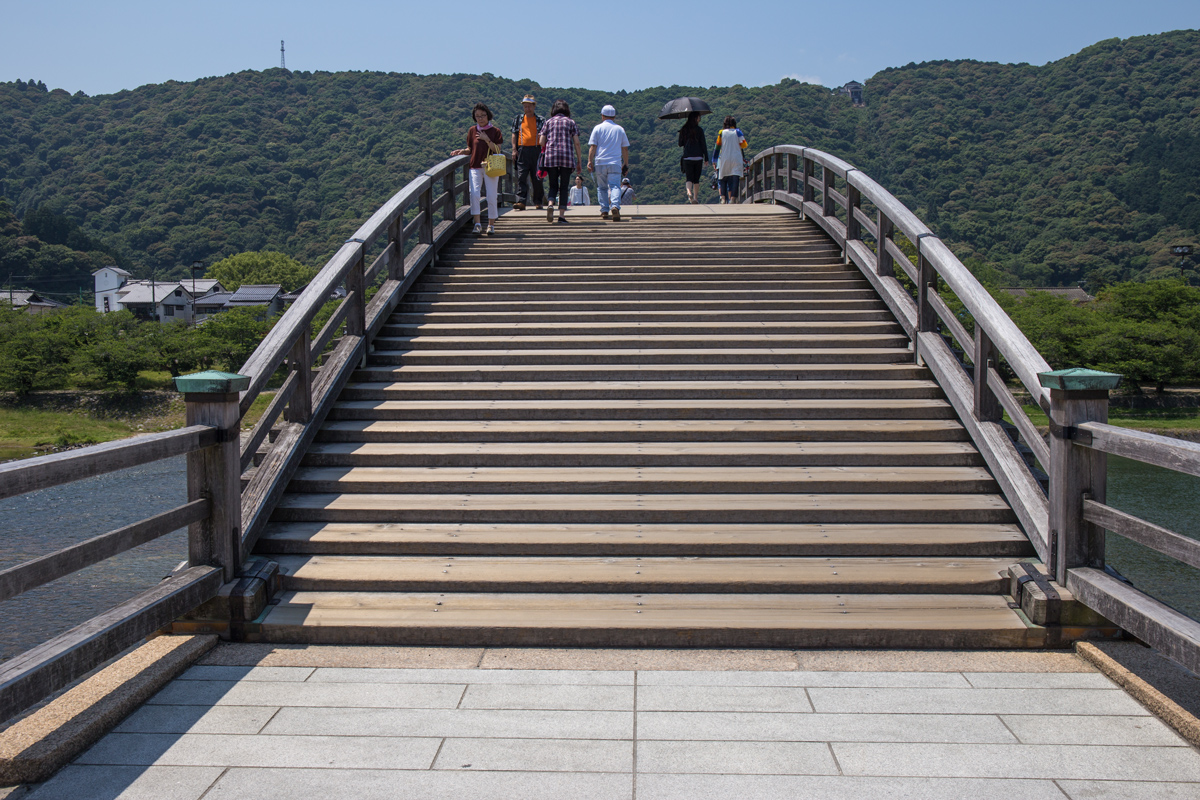 There were not many people when we arrived at the bridge which made it great for pictures taking. Perhaps it was because we came on a weekday instead of the weekend. It was not summer yet but the temperature was very high. Without no shade around the bridge, it was a challenge to stay longer unless we took shelter under the bridge. 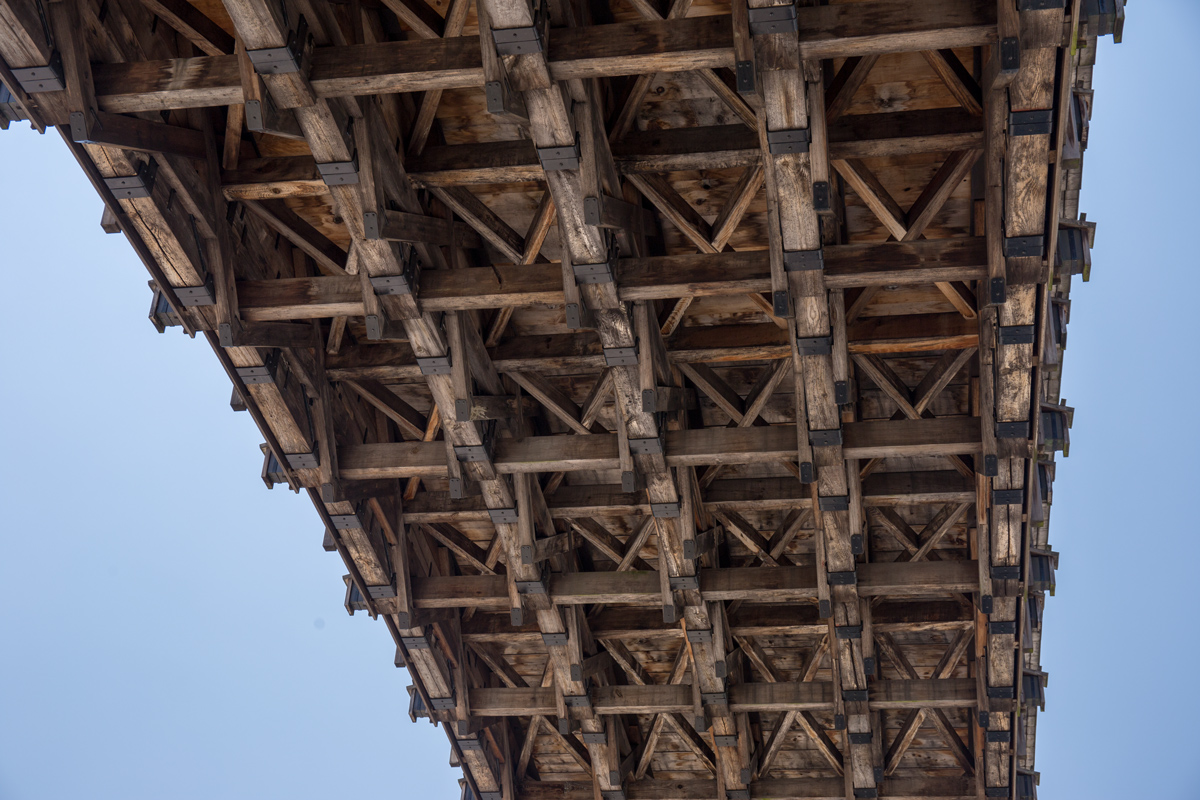 Getting there from Hiroshima: Take Sanyo line to Iwakuni Station (760 yen / 50 min.) and change to bus to Kintaikyo bus stop. There’s admission fee of 300 yen cross the bridge back and forth. It’s more like a donation rather than the admission fee. If you come in the evening time, the entrance locket is closed and all you need to do is to insert 300 yen in a dedicated box.